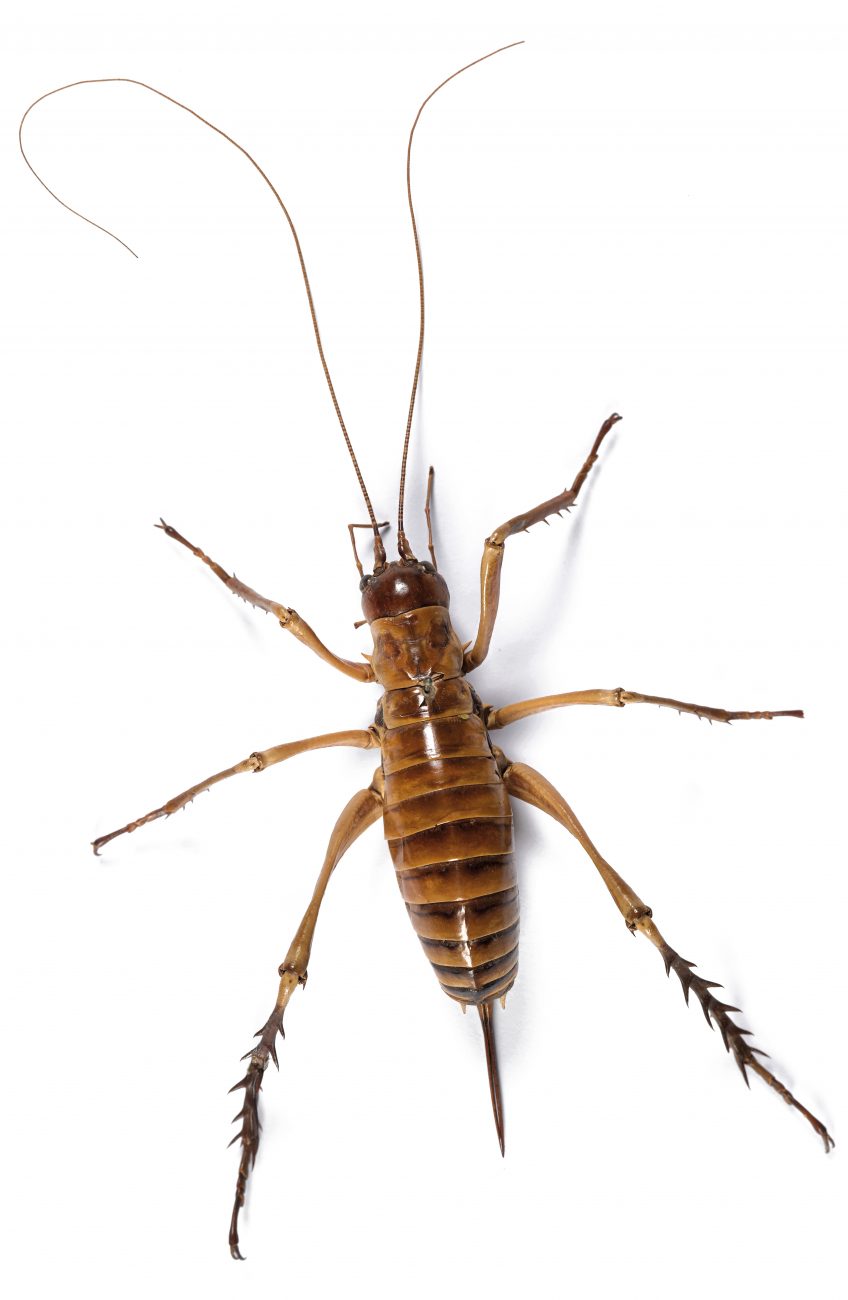 A new species must be described. Once, there was only so much a scientist could note down or record accurately with a photograph, so the real thing—or the remains of it—still needs to be kept on hand. Spooky relics of the first specimen of a species, called a holotype, line shelves at museums around the country, preserved in ethanol, dried, stuffed and mounted, reconstructed as skeletons, or as lone shells and fossils lying in boxes or drawers.

Each item was once chosen by the researcher as being typical of a new species he or she had found, as a standard against which similar species could be compared or newer species realised. Auckland Museum holds holotypes for 2000 plant species, 2000 molluscs, 300 insects and spiders and around 100 other animals. Additional specimens collected at the same time, known as paratypes, are often distributed to other institutions or stored in case the holotype is lost or damaged. (The only known specimen of a tiny shell fossil, Scissurella apudornata, with no known paratypes, shattered recently, leaving only a fuzzy black and white photograph as evidence.)

Keeping paratypes is also important in the wider understanding of how the living world works. “One specimen gives you data, 10 gives you information and 100 is a story,” says the museum’s acting marine curator, Wilma Blom.

The problem is that most specimens are impossible for international researchers to access as only half of Auckland’s treasure trove of specimens and records have been digitised.

And despite best efforts to preserve them, little by little the specimens are degrading.

They can suffer Byne’s disease, whereby acidic fumes from wooden cabinets react with calcium and slowly convert shells to white powder; glass disease, where damaging acidic fumes exude from cut glass; shrinking and cracking caused by changes in humidity and tempera­ture; damage by insects such as moths; and colour-fade and brittleness resulting from visible light, UV or infrared destroying or creating new chemical bonds.

The gargantuan task of complete digitisation, however, is already underway. Collection date and exact location are logged, along with details of how a specimen was stored and collected. In addition to this data, Auckland and Te Papamuseums have started to photograph specimens in astounding detail using a focus-stacking technique­ photographing them in increments of one micron, combined with high-resolution microscopes to result in images 167 times actual size.

“Once in public hands, new and wonderful ways to use the data can be devised,” says Blom. Perhaps the tools of logging and photog­raphy, once thought too imprecise for proper scientific study, have now evolved to a point where they may be more useful in a global setting than the real thing.