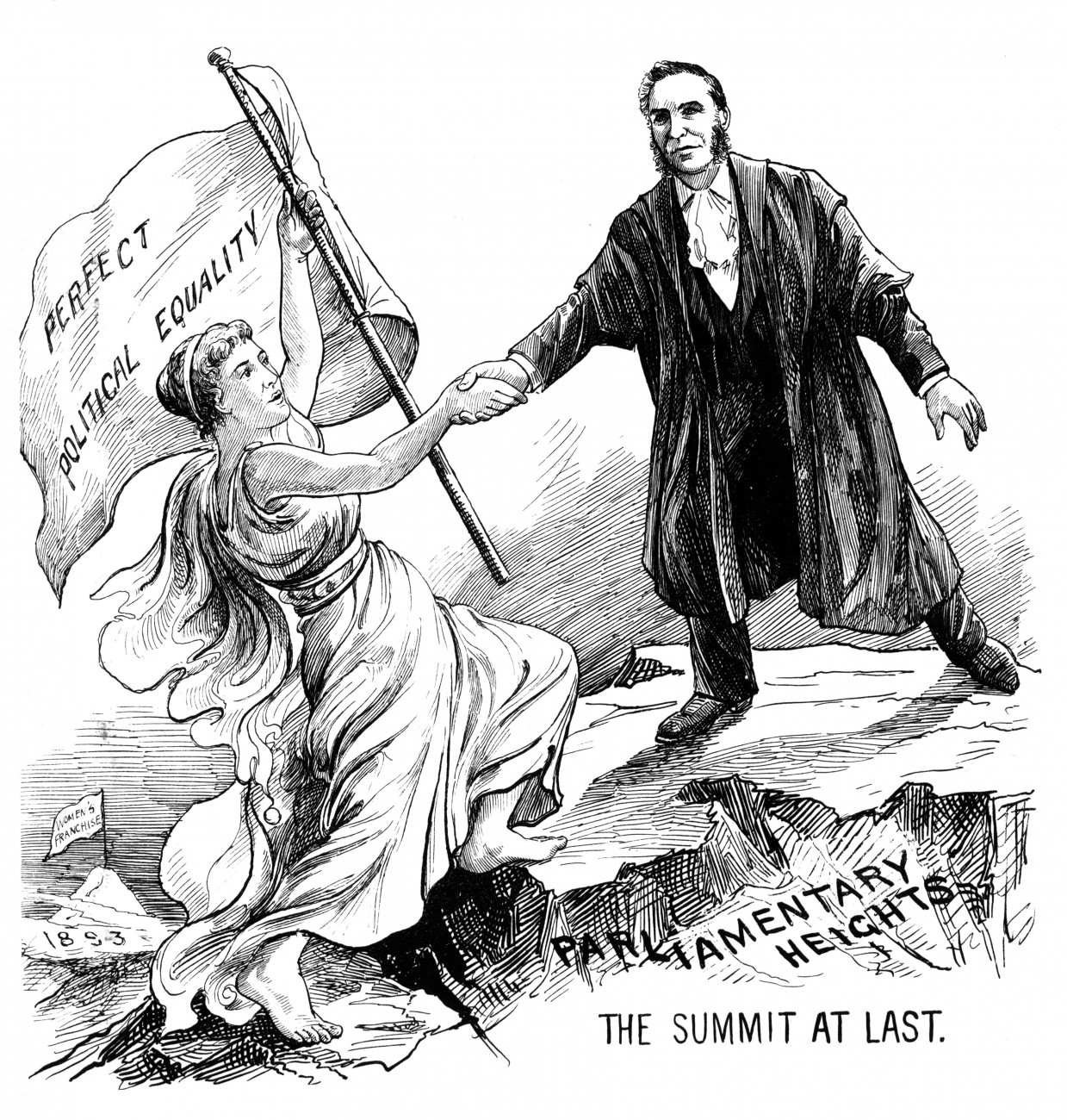 On September 19, 1893, Kate Sheppard, president of the Women’s Franchise League, got the telegram she had long dreamed of. It was from New Zealand’s Premier, Richard Seddon, informing her that an electoral bill giving women the right to vote had, just hours earlier, been signed into law.

“I trust now that all doubts as to the sincerity of the Government in this very important matter has been effectually removed,” wrote Seddon.

The wording must have brought a smile to the suffragist’s lips. The wily Seddon had, in fact, done his utmost behind the scenes to scuttle the bill. Content to let it pass through the Lower House, he had relied on it being blocked in the Legislative Council, where powerful liquor interests feared the temperance inclinations of the suffragists. Seddon was of like mind, having at one time been the licensee of a public house in Kumara. But he also worried that if women were politically enfranchised, wealthy wives would vote for the opposition party, whereas the wives of workers who supported his own Liberal Party would not vote at all.

In his determination to ensure the bill’s defeat, Seddon made a rare political miscalculation—he pressured a councillor to switch allegiance. In response to the Premier’s brazen interference, two opponents of suffrage supported the bill and it passed by 20 votes to 18.

The victory had been long in coming. Despite the backing of prominent political figures such as Julius Vogel, William Fox and John Ballance, the female franchise was staunchly opposed by defenders of the status quo who professed a “deep reverence for women” and who disingenuously argued that the vote would “unsex” women and destroy domestic harmony.

“Bringing women into contact with politics will destroy that refinement, that delicacy of character, which has been her greatest charm hitherto,” declared the movement’s notorious opponent Henry Fish.

Nor was it clear, they said, that women even wanted the vote. English journalist Eliza Lynn Linton labelled the suffragists “the shrieking sisterhood”— an unrepresentative minority.

The suffragists would have none of that. Driven by a desire to purify politics, purge society of immoral behaviour and assert their civil rights, they formed local branches of the Woman’s Christian Temperance Union and the Women’s Franchise League. They wrote letters, held meetings and, above all, organised and signed petitions.

The largest of these petitions was presented to Parliament by their ally Sir John Hall in July 1893. With a sure sense of theatre—and amid derisive laughter—Hall first displayed a sheet signed by 17 women from Nelson. Soon, however, he was asking for help with an enormous roll of paper wrapped around a broom handle, which he unrolled with a flourish across the floor of the House. All laughter ceased. The 280-metre-long roll alone held the signatures of 25,520 women. Altogether, almost 32,000 had this time put their name to women’s suffrage—a quarter of all women in the colony.

In giving his consent to the bill, the Governor, Lord Glasgow, said he could not do otherwise “in an Empire whose head has been a woman for over half a century”.

The “monster” petition that led to New Zealand becoming the first self-governing country to give women the vote is seen by some as second only to the Treaty of Waitangi in its effect on our history.