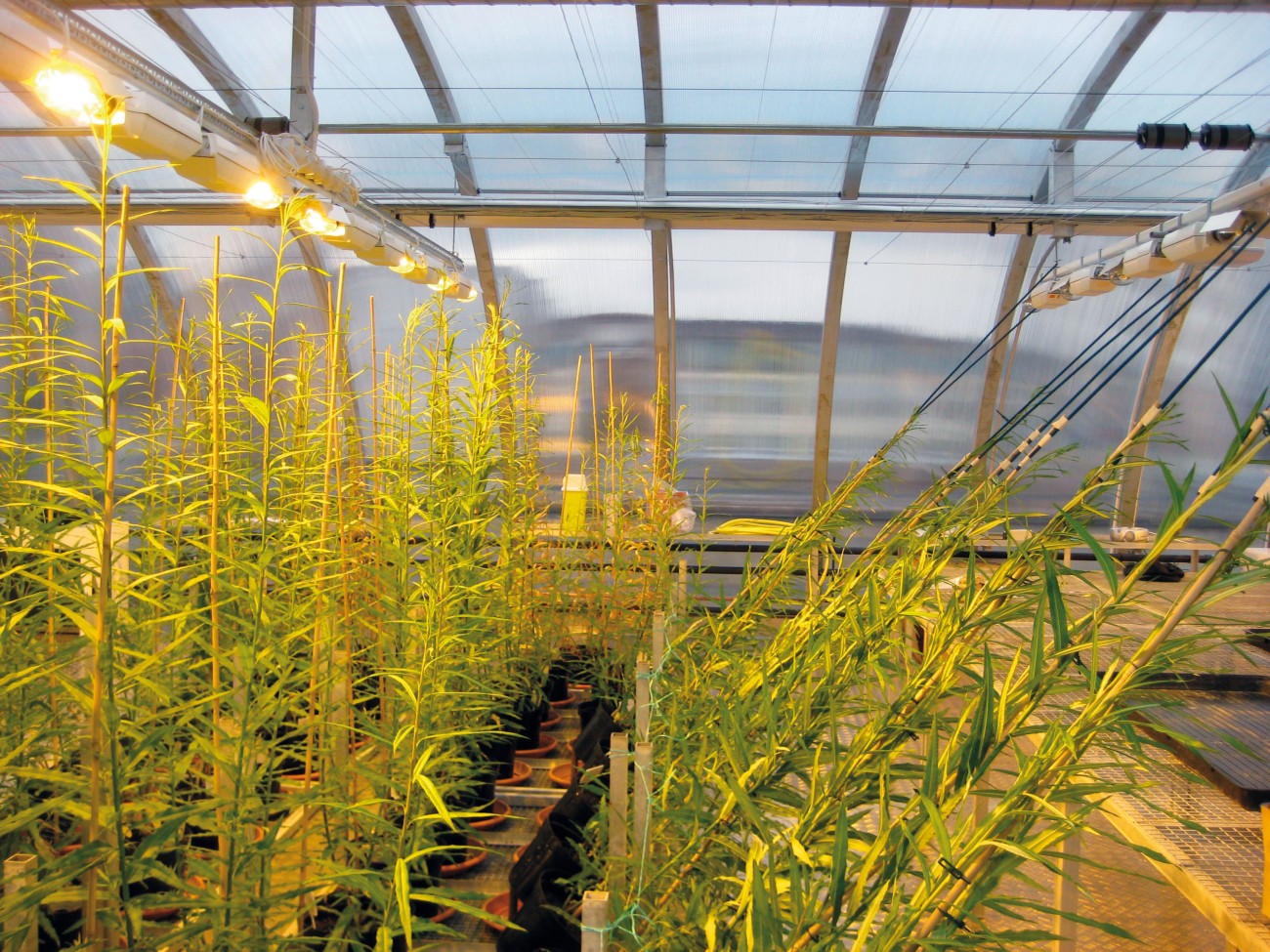 Windswept costal trees that battle to stay upright have to make special strength­ening sugars to prop themselves up. In the case of willow trees, this can be harnessed for biofuel production.

Researchers in the United Kingdom grew various varieties of willow in a greenhouse at a 45º angle. After the lignocellulose was processed for biofuel, certain varieties of willow yielded five times more glucose than willows that were grown in shelter. Mature trees growing in the gales of the Orkney Islands in Scotland exhibited the same traits.

The high yield comes from a phenom­enon called reaction wood, which is a layer produced by woody plants when they are stressed—such as when touched or forced downwards—as a means to keep growing vertically. Reaction wood—also known as tension wood in deciduous trees and compression wood in conifers—forms as a gelatinous, energy-rich layer inside the stem or branch; good for the tree’s strength but particularly attractive for biofuel manufacture.

Grown for decades in Europe as a wood-chipping crop, willows are harvested every two or three years for up to three decades, requiring little attention or fertile soil.