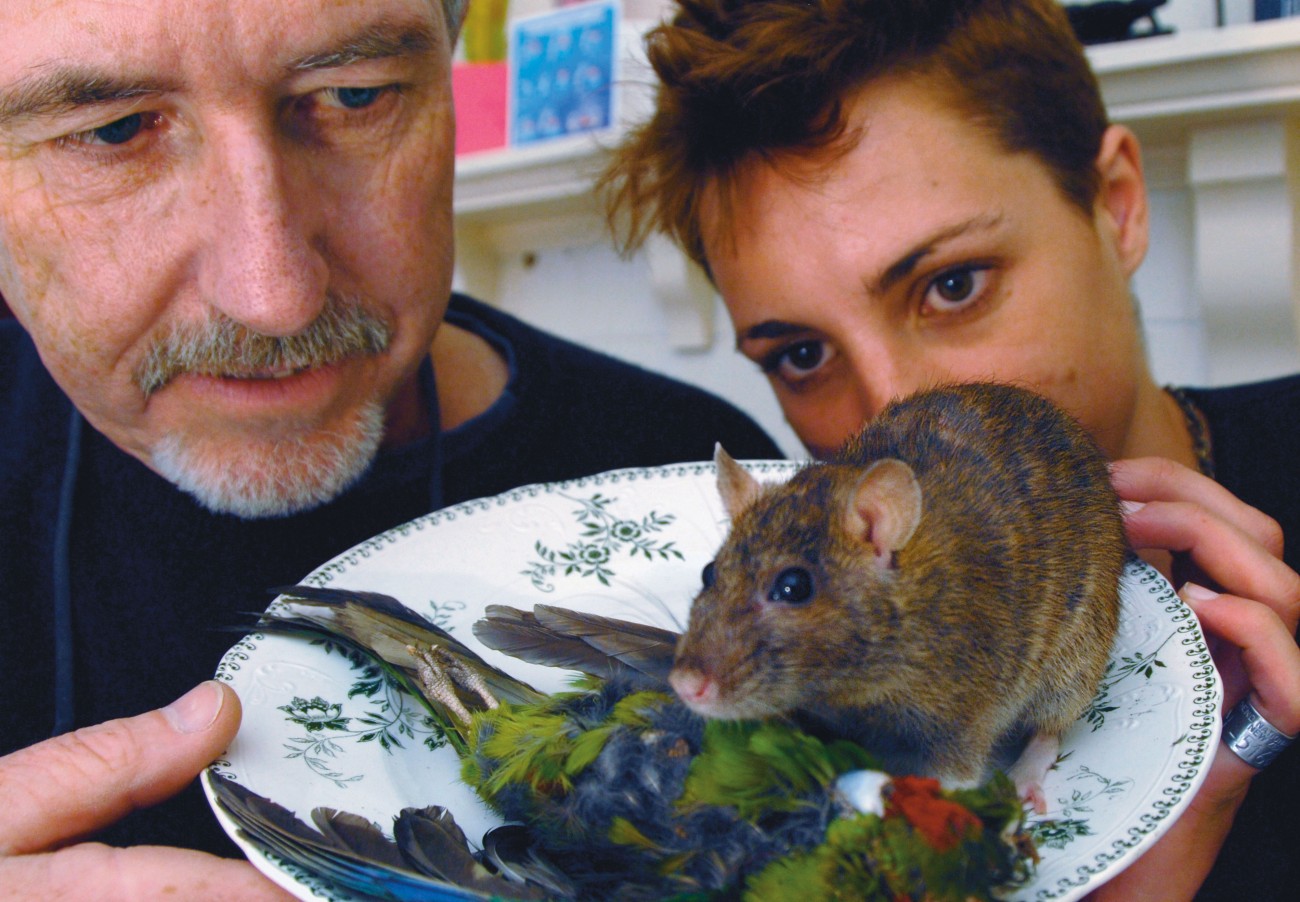 Actually, the rat had it good at the Morris residence. It was fed well and treated for its fleas. And better the pest box than the freezer. There rests the frozen remnants of penguins found dead on beaches, even predated takahe and possum carcasses, held in cryogenic suspension for future photo­graphic assignments.

“Most people are more likely to see a kakapo on a tea towel than in the bush,” says Morris. “But by taking photo­graphs or film footage you can take people to places they would never have the opportunity to visit themselves.”

It took Morris a week to build an elaborate nest box inside a hollow tree for the juvenile kakariki shots in this issue. He waited months for the residents to move in, and many more weeks for the hatchlings to develop their feathery down. However, he was missing a crucial predation shot—the very reason that kakariki are so rare on the mainland is due to stoats, rats and cats. Rummaging in his freezer he extracted a kakariki he had found dead in Fiordland three years ago, and popped it on the bench to defrost. It would have to be quick, he had a wedding to attend.

Rod Morris developed his photography skills while at the Wildlife Service. He has photographed some of our rarest fau­na in the wild, published dozens of books and directed ump­teen documentaries with the former Natural History Unit. He is a superb photographer, one of our very best, but a poor judge of defrosting times—the rat was ravenous, but the kaka­riki still very much frozen as Morris was donning his wedding best. He was obliged, in the end, to juggle engagements.

Between the wedding ceremony and the reception he popped home and introduced the ship rat to the dead kaka­riki, enjoying an hour (still in suit and tie) photographing the interaction in the set he had built for the purpose.

However, while Morris was back at the reception, the rat chewed through the bottom of the enclosure and escaped. Now with a well-developed palate for kakariki, the rat is hap­pily stalking the streets of Christchurch once again. But, Mor­ris assures us, “It’s a very healthy example.”