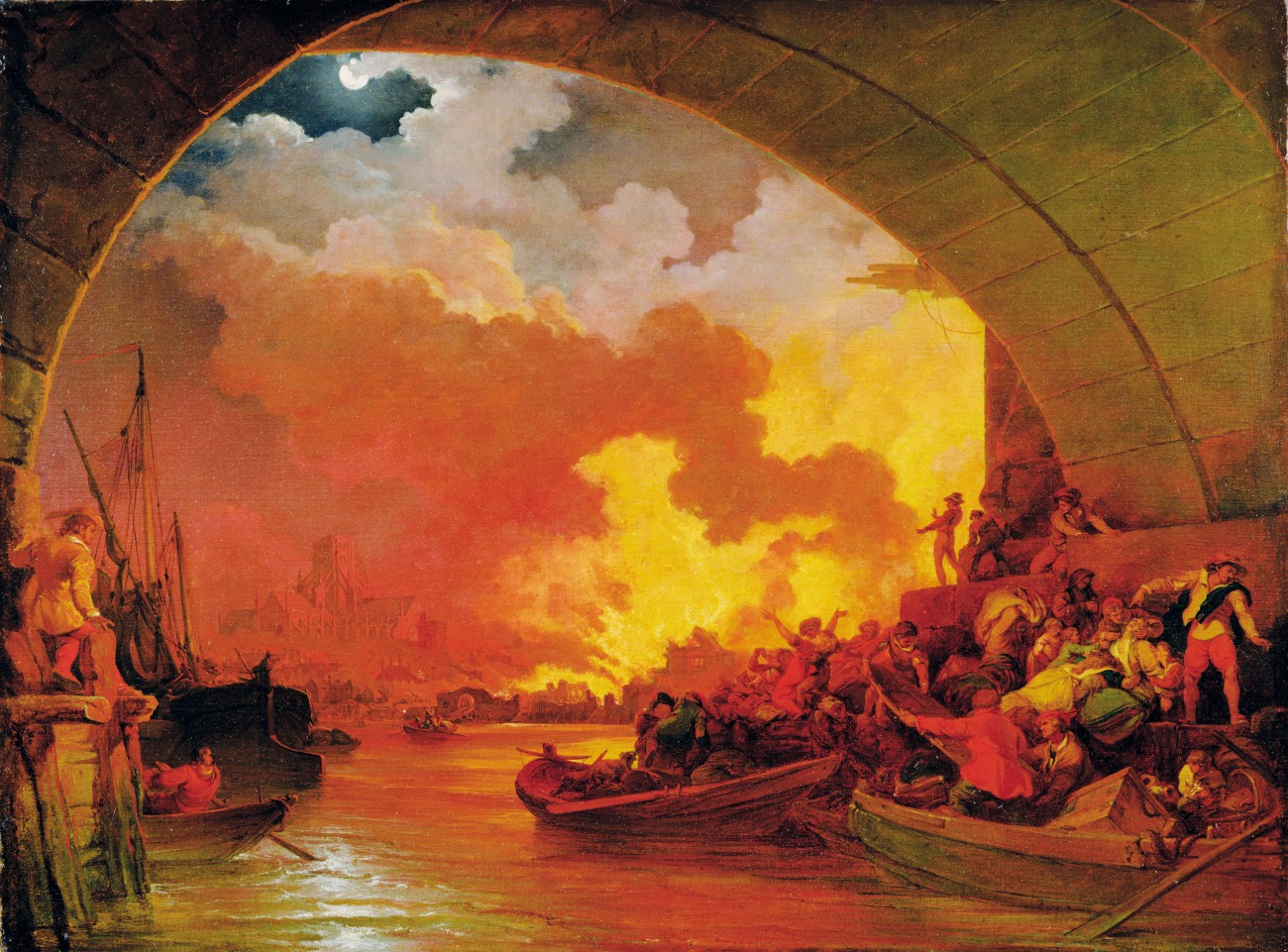 In November 2011, a fire on Northland’s Karikari Peninsula was blown out of control by high winds, tragically causing the death of two people when a helicopter crashed into the sea as the pilot attempted to rescue a group trapped on a beach by the flames.

The Karikari blaze was made considerably worse by a preceding drought and strong wind—key ingredients for wildfires.

The same recipe of drought and gales contributed to the Great Fire of London in 1666. Among the tinder-dry houses near the wharves on the banks of the Thames were barrels of flammable materials such as pitch, tar and gunpowder, which acceler­ated the blaze. Many houses also had private stores of gunpowder, as former members of Cromwell’s army had retained their arms after the restoration of the monarchy.

Easterly gales intensified the fires by feeding the flames with abundant oxygen. The wind drove the hot air into buildings ahead of the flames, preparing them to burn in their turn. Flaming debris was hurled long distances downwind of the fires by the gales, initiating new outbreaks.

Some of the terrified inhabitants of the city took these new fires to be sabotage by arson­ists, as England was then at war with Holland. A number of foreigners were killed by the mob on suspicion of starting fires, while others were rescued by troops under the command of the Duke of York. (As it turned out the fire started, innocently enough, in a bakery.)

One of the worst wildfires in New Zealand history was caused by severe gale-force winds around a cyclone. On March 18, 1918, a farmer near Horopito, north of Ohakune, lit a fire to burn timber and scrub he had cut down to clear the land. Although the winds were initially light and posed no threat, they increased rapidly late in the day, causing the fire to flare up and burn out of control.

Many other farms also had cut dry timber, which fuelled the fire as it progressed. Just before midnight, the flames reached the town of Raetihi. By this time, the wind was so strong that cars were being blown off the road, roofing iron was being torn loose and shop windows were being blown in.

The fire coursed through the town, destroying 50 houses and many larger build­ings including churches, factories, the police station and the council chambers. A few residents stayed to fight the fire with bucket chains and managed to save some buildings at the cost of temporary blindness.

Hundreds fled to the river and spent the night sheltering under a bridge. The occupants of the small maternity hospital were evacuated to a nearby field and covered in wet blankets to protect them from flying embers.

Escape from the small farms in the bush was not so easy, and one family of three was killed as they fled. Several people survived by climbing trees, although in places the fire advanced rapidly from tree-top to tree-top. Sparks spread as if shot from a catapult and flaming birds were seen falling from trees, carrying the fire down to the undergrowth.

There was no time to save animals. Sheep, cattle and horses died in their thousands. The Taonui viaduct on the main trunk line caught alight and in turn set fire to wagons of a freight train.

The inferno burned through the night, spreading as far as Taihape and Mangaweka, although it did bypass the thicker stands of native forest.

Thick smoke blanketed the lower North Island, triggering a rumour that Mt Ngau­ruhoe had erupted, and rescue parties set out from Palmerston North. Ash fell over Masterton and the skies were so dark that lights had to be turned on inside as far south as Wellington.

The smoke even affected coastal shipping. A coastal trader travelling from New Plymouth to Wellington had to slow because of poor visibility, and the inter-island ferry had so much difficulty finding the entrance to Wellington Harbour in the smoke that the master was forced to stop the vessel and take soundings.

In addition to the fire, the storm caused damage in many parts of the country. Streets flooded in Nelson, where the gales uprooted trees, destroyed sheds, fences and crops, and sank a coal scow at the wharf. In Tasman Bay, a man was lost overboard from a ship in the worst seas in living memory.

Trees and power lines were down in many provinces. In Gisborne, the railway station was partially destroyed by another fire that got out of control in the high winds.

Houses on Auckland’s North Shore lost roofs, while at the Agricultural and Pastoral Association’s grounds, one grandstand was destroyed and another lost part of its roof. The waterfront was strewn with wreckage. Hundreds of kauri logs got loose from a timber mill, where scows were driven up on the land, and the sea entered houses in Kohimarama.

Gales piled up water against the coast and the extreme low pressure of the cyclone­ which fell to 971hPa at Westport—effectively lifted the sea level.

In Canterbury, the sea also washed inland, causing erosion at New Brighton, North Beach and Moncks Bay, and flooding houses along the waterfront at Redcliffs. Many yachts were sunk or piled up on the embankment and some were flung across the road, where their masts tangled with power lines.

In Kaikoura, the gales damaged a wharf, while two launches broke their moorings and were wrecked.

But while the destructive winds were a curse, the storm’s rain was a blessing as it extinguished most of the fire within 24 hours. Which was fortunate—during the drought of 1885–6, a wildfire burned through forest and farmland in Hawke’s Bay for eight weeks until quenched by heavy rain.