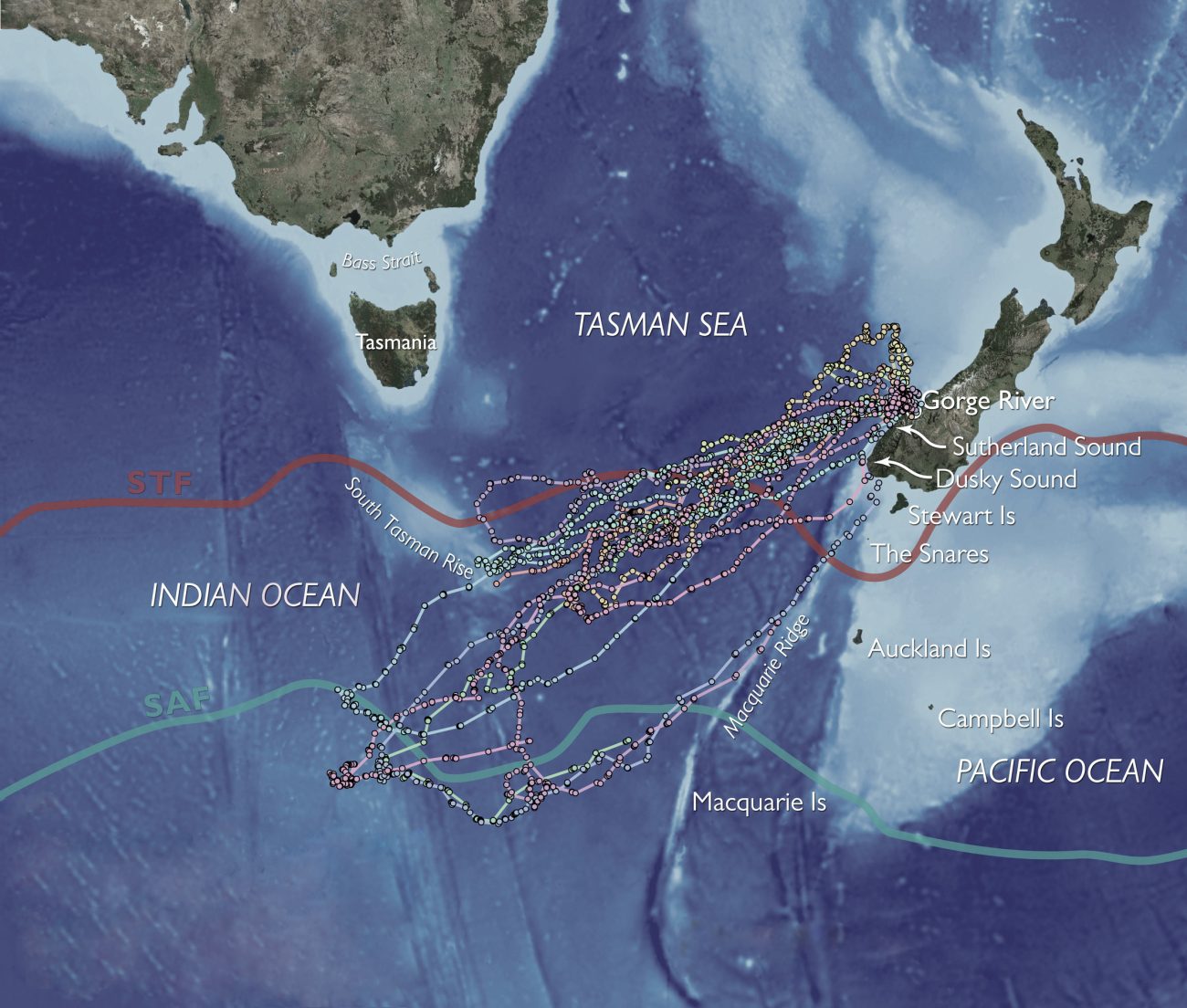 Tawaki, or Fiordland crested penguins, have plenty of food along the coastline where they breed, yet every year they make a trip to the Subtropical and Subantarctic Fronts and back to feed—a swim of nearly 7000 kilometres.

“One would think that the birds try and conserve as much energy on this trip as possible,” says researcher Thomas Mattern from the University of Otago. “But what we found is, simply put, crazy.”

In 2016, Mattern and his team put GPS trackers on 17 adult tawaki and watched them travel from their rainforest colony to the subantarctic, an eight-week trip during November and December—a time when the availability of food on the Fiordland coastline is at its peak. The birds must gain weight during the journey because they undergo a ‘catastrophic moult’ immediately following their return, shedding and replacing their entire plumage at once, which requires them to stay on land for three weeks without going out to sea to feed.

Mattern thinks this trip is undertaken by instinct—an impulse left over from ancestors that bred on islands close to the Subantarctic Front. Most other crested penguins still breed on those islands.