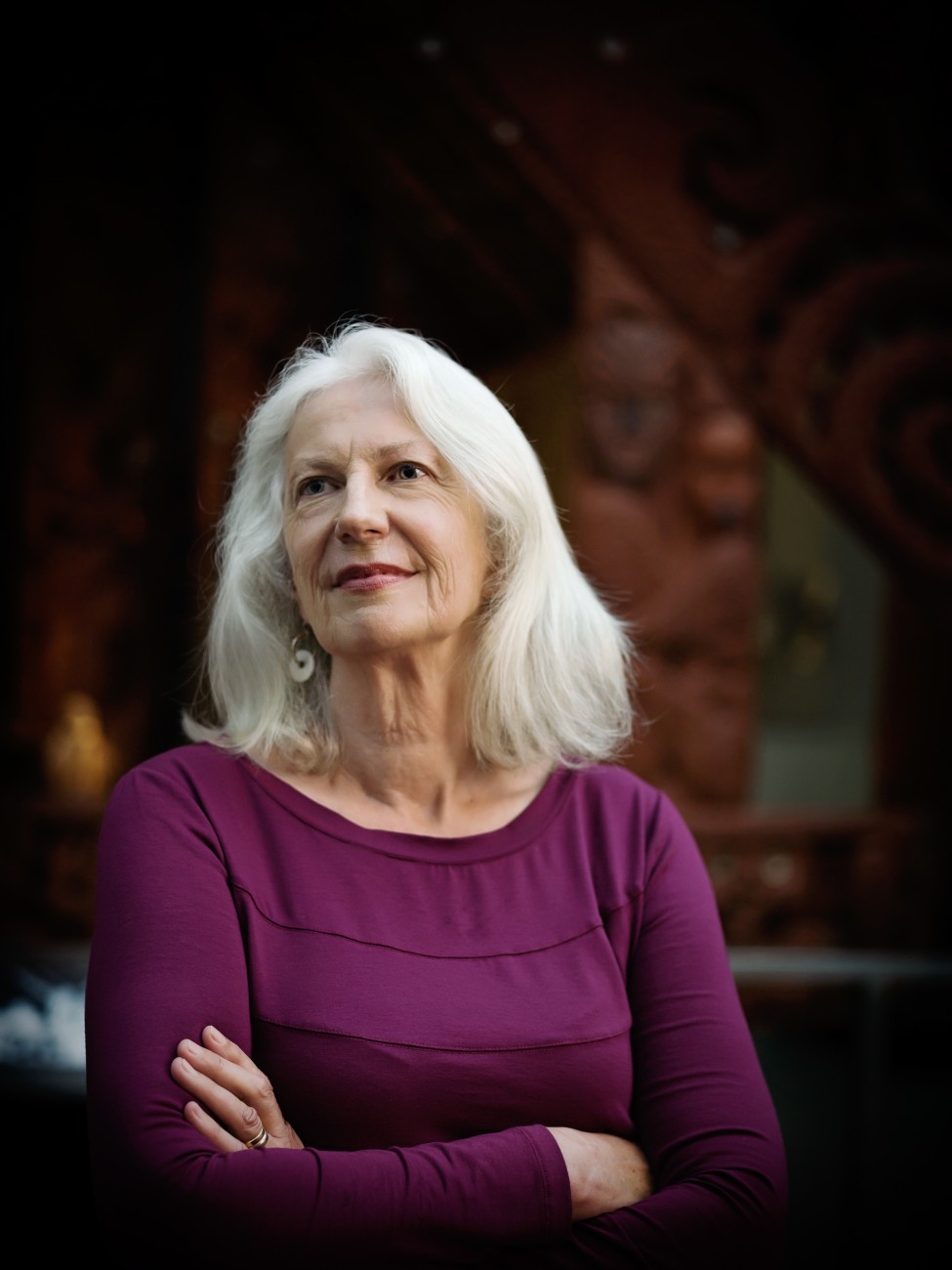 As anthropologist Dame Anne Salmond recounts her past, a seeming thread of inevitability unwinds from her childhood in Gisborne to her present status as one of the country’s foremost interpreters of Maoritanga and of early contact history—a position underpinned by landmark books such as Hui, Two Worlds and The Trial of the Cannibal Dog.

Not only was she raised in a melting-pot provincial town, where locals headed to the marae for dance night, rubbed shoulders on the sports field and toiled together on the big inland stations, Salmond’s future calling was prefigured within her own family. Her great-grandfather, the filmmaker James McDonald, a photographer, artist and sometime acting director at the Dominion Museum between 1905 and 1926, was a studious documenter of Maori life. Te Papa inherited some 6000 of his photographs.

During the early 1900s, McDonald accompanied anthropologist Elsdon Best—and, occasionally, cultural heavyweights Peter Buck and Apirana Ngata—on ethnographic field trips up the Whanganui River, to Rotorua, and to the North Island’s East Coast. Often the catalyst was a large hui, for example for the arrival of the Prince and Princess of Wales in 1901, or the return of the Pioneer Battalion of Maori from the First World War. Sometimes it was to record waiata, or to fix on celluloid the traditional ways of the Maori: eeling, fishing, or the art of weaving.

“James had a passion for Maori life and he probably made the world’s first collaborative ethnographic films,” says Salmond. “He witnessed the beginning of the Maori renaissance.”

In August 2010, Salmond retraced her great-grandfather’s journeys of a century earlier in company with daughter Amiria and grandson Tom, guided by Libby Hakaraia, Tainui Stevens and their film crew. En route, they visited marae and met descendants of the men and women McDonald had captured on film.

Zest for life is something that radiates from Salmond’s stories; intellectual pleasure but also the joy of people. And it is people, whether lifelong friends such as Amiria and Eruera Stirling (each of whom Salmond celebrated in a book) or actors on the stage of history such as James Cook (her own grandfather hailed from Cook’s home port of Whitby), who have both guided and fed her life’s work.

Salmond confronted her own cultural ignorance early on when, as a 16-year-old field scholar in the United States, she was asked to talk about New Zealand.

“I had learned a few action songs, the double poi and so on, but I thought, ‘This is a joke. I don’t know anything.’”

“It was like a parallel world. I started meeting really cool people.”

Later, Salmond enrolled in anthropology at the University of Auckland in order to learn Maori. It was there that she met the Stirlings. Eruera, one of the great orators of his generation, helped to deepen her understanding of Maoritanga.

“He told me, ‘If you are serious, the marae is the university for you.’”

Salmond found herself travelling with the Stirlings to places such as Waiomatatini Marae outside Ruatoria and Maungapohatu, deep in Te Urewera—beyond the common experience of most people.

“It was a privilege to be on a marae in those days. So much was going on politically that hadn’t surfaced in the public eye.”

“The Stirlings talked about their ancestors all the time. They were summoned at every hui, and people talked in the meeting houses surrounded by carvings. A lot of history that to outsiders seems remote is actually very immediate.”

Salmond was spurred to wonder what Maori life was like before the arrival of Europeans, and how the rituals of first contact actually played out.

“Something about voyaging captured me. Each ship was like a travelling sideshow, a wooden world, complete with its own microculture. I was equally interested in what was happening ashore. Who was it coming out to challenge the landing party? What was the ecology like?

“Historians seemed to forget that there was this other world on the beaches. You’d think that would be obvious. You can’t understand New Zealand between 1769 and 1870 unless you understand the Maori dimension.”

A series of critically acclaimed books followed: Two Worlds (1991), Between Worlds (1997) and The Trial of the Cannibal Dog (2003), the last a fresh take on Cook which scrutinised his Pacific years with the eye of a psychologist and suggested that by the third voyage, the master mariner had become disenchanted; that, in a sense, his spirit had surrendered to the islands.

Now, with another book just out, Aphrodite’s Island: the European Discovery of Tahiti, and an account of the notorious William Bligh in press, Salmond nonetheless finds time for a more personal project: the restoration with husband Jeremy of 115 ha of land just out of Gisborne.

Longbush Ecosanctuary—it gained charitable trust status in 2010—is home to rare birds including North Island robins (10 pairs were released in 2009), and later this year a colony of titi (muttonbirds) is to be established with help from ecologist Steve Sawyer, who earlier established titi on—where else—Young Nick’s Head. It is the interplay, once again, of two worlds.