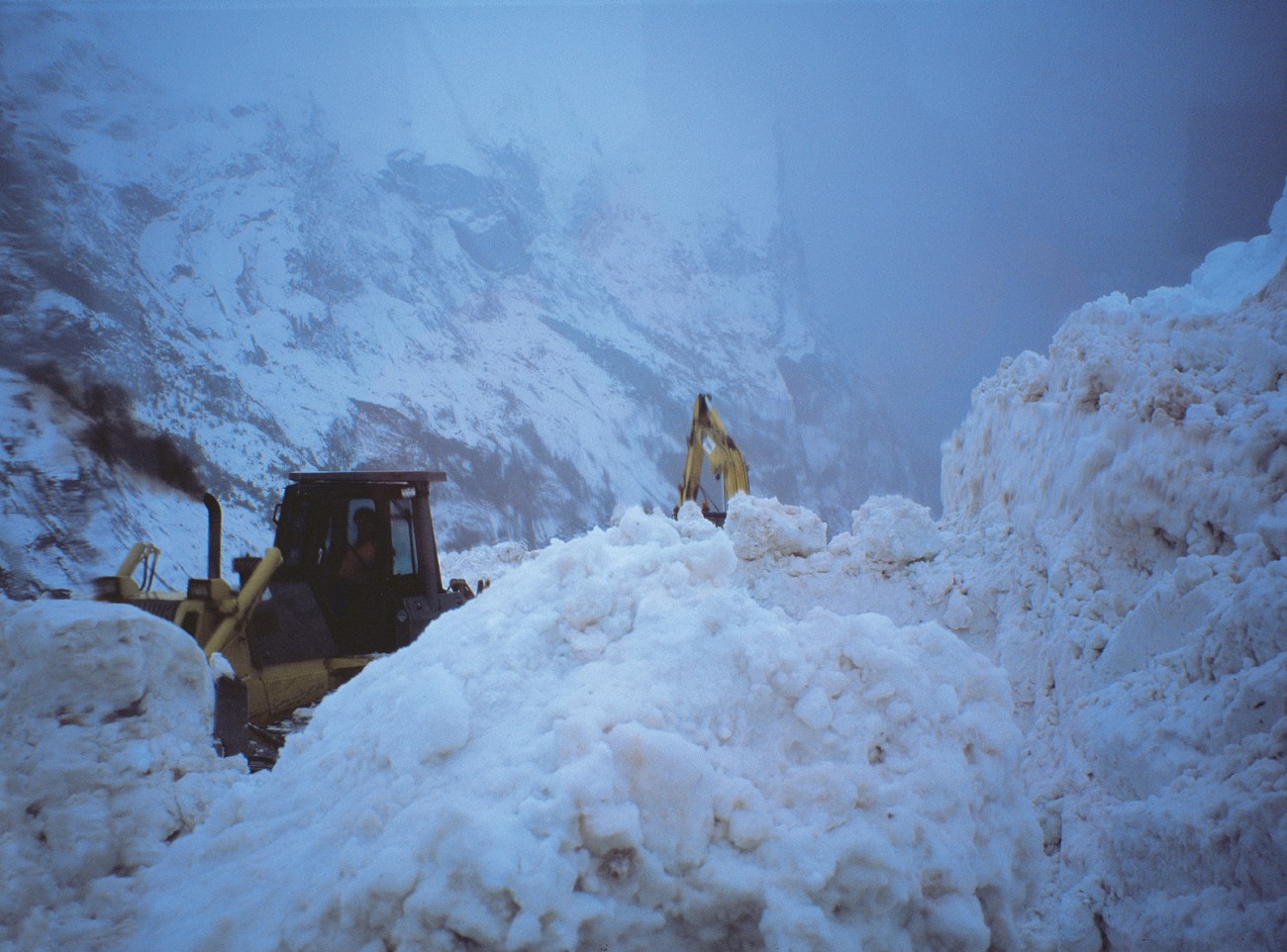 The difference in vegetation between Wellington and Wairarapa is so great that, on crossing the Rimutuka Range, it feels as if you are crossing the border into another country and a customs post with guards would not be entirely inappropriate. The same could be said of Arthurs Pass between Westland and Canterbury. The reason for this difference is the tremendous effect the moun­tains have on modifying weather systems as they cross the country. When strong winds blow towards the mountain ranges much of the air is forced to rise, which can inten­sify any rain-producing system by a factor of 10 or more. Once the air reaches the crest of the mountain range, most of the water it has picked up from the sea as it swept towards New Zealand has fallen out as rain. As the air descends towards sea level, it is rapidly warmed by compression and much of the re­maining cloud usually evaporates.

This drying out can be so marked that sometimes all of the cloud asso­ciated with a cold front can evapo­rate on the lee side of the ranges and the front shows up on satellite images as a broken arc of cloud where it crosses the mountains. An example of this occurred on Sunday, August 14, 2005. The satellite picture taken at 11 a.m. shows the front arcing over the lower North Island from Taranaki to Manawatu, then a gap over the Wairarapa, before the frontal cloud resumes over the ocean and extends away to the south-east. The Wairarapa is not entirely cloud-free, as the air has retained enough moisture to form several lines of lenticular cloud lying parallel to the ranges. These clouds have formed in the crests of waves set-up in the atmosphere when it crossed the “judder bar” of the ranges (see New Zealand Geographic issue 72).

On this occasion, the front was weakening as it moved north. The ranges of Fiordland and Westland re­ceived over 40 mm of rain, but most of Taranaki and Manawatu got less than 10 mm, and the Waikato and Auckland only 1 mm. As it weak­ened, the front lost its high cloud al­lowing more details in the low cloud to be seen. West of the North Island, for example, some of the cumulus clouds formed thin straggly lines hundreds of kilometres long known as “rope” cloud.

In the cold air behind the front, cumulus clouds produced showers over the Tasman Sea as well as in parts of Buller, Westland and Fiord­land. The wind blew from the south­west across Kahurangi National Park, where the mountains prevented showers from spreading to Nelson and the Marlborough Sounds. East of the Kaikoura Coast, an area of cumu­lus clouds and showers developed.

The front itself brought no rain to eastern areas. Immediately behind the front the weather remained fine as the wind had only shifted to the west and the air was still flowing over the mountains. Once the wind shifted south, however, the sheltering effect of the mountains ceased and showers were able to develop.

Low-level convergence at the leading edge of the southerly change increased upward motion in the air mass and clouds expanded. Show­ers developed in the deepest layer of cold air, which lags behind the surface front and is referred to by forecasters as the upper trough or sometimes the “cold pool”.

At the time of the photo, the southerly change had just passed Cape Campbell, at the north-east corner of the South Island, and was about to reach Wellington, bringing scattered showers. As the change spread up through the Wairarapa, the clouds continued to grow, caus­ing several thunderstorms to de­velop, and the southerly winds rose to gale force. As these clouds spread north over Hawkes Bay they began to weaken as a new line of cumulus and showers developed just south of Mahia Peninsula.

Several factors are likely to have contributed to this. Often the upper trough moves faster than the line of clouds and leaves it behind. Also, Mahia Peninsula protrudes south wards so there is a lot of water to the west of it. Consequently, westerly winds that have dried out descend­ing from the ranges can partially replenish their moisture through evaporation of seawater and thus contribute to new cloud growth.

This sequence of events is by no means unusual and is a good illustra­tion of the difficulties forecasters face when trying to predict the time of the onset of rain in eastern areas when fronts cross the country.

This southerly outbreak was one of the coldest of the winter and brought significant snow to the ski fields of Western Otago. The Remarkables reported 20 cm and Coronet Peak 8 to 15 cm on top of snow that had already fallen the day before. Snow also affected some of the high road passes and the Milford Road was closed because of the risk of avalanches.

As the coldest air moved over the lower North Island, the air warmed rapidly in the middle layer of the atmosphere further south. Over Fiordland, this warming stabilised the atmosphere causing the showers to die out and skies to clear in places sheltered from the south-wester­lies. Several hours after the satellite picture was taken, sufficient breaks developed in the cloud around the Milford Road to allow helicopters to fly and bombs to be dropped on the start zones of the avalanches. Once the avalanches had carried down all loose snow from the surrounding mountains, it was safe to clear the snow from the valley floor and the road re-opened the next day.

As ever after a cold winter out­break, in the sheltered places where the cloud cleared and the wind dropped, severe frosts developed overnight. Christchurch Airport, for example, recorded seven degrees of frost. But then, we are used to the idea that suffering a sharp frost is a kind of customs duty we have to pay as we cross the meteorological border into a fine winter’s day.