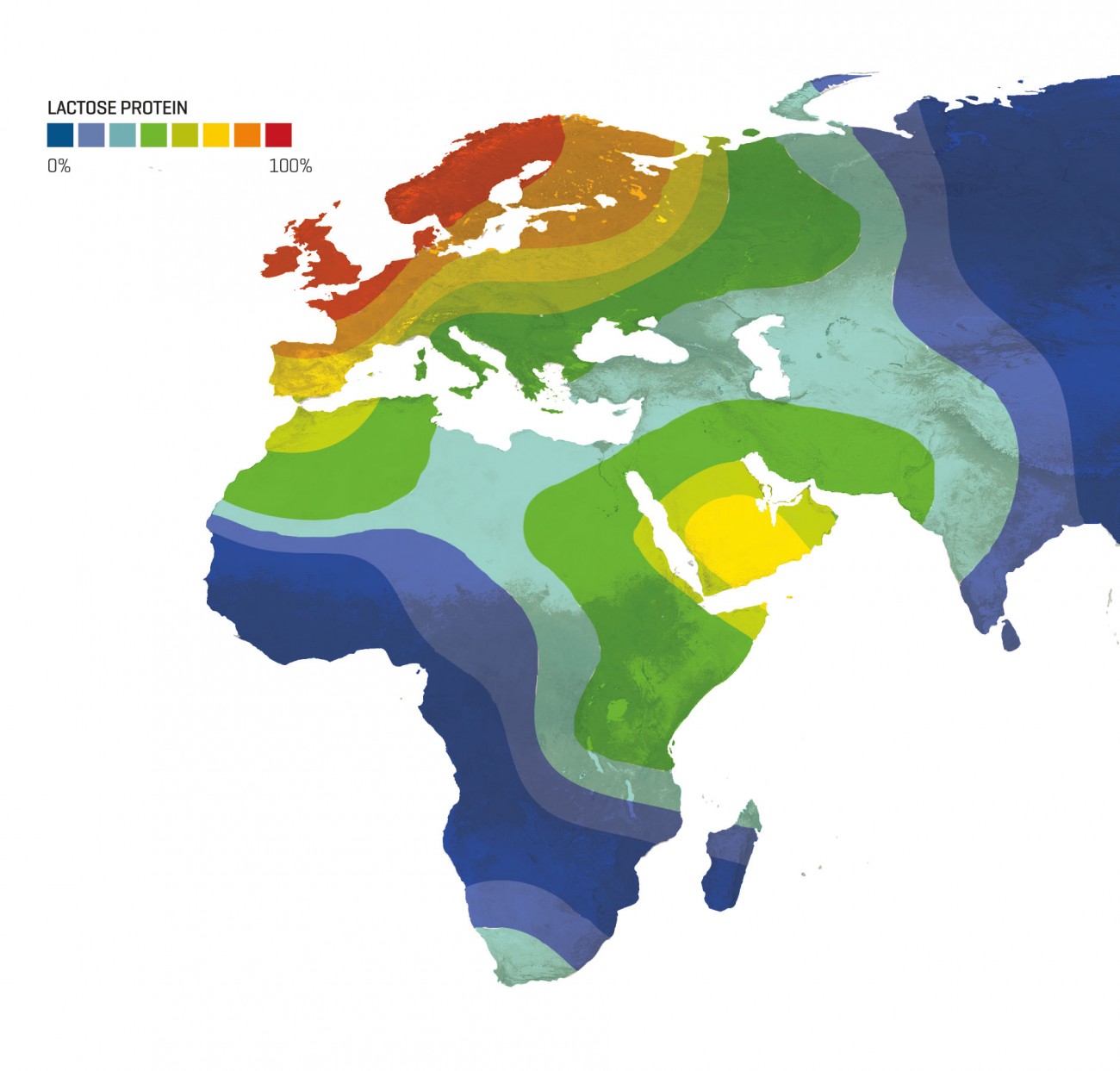 Plaque-encrusted teeth have provided the first direct proof that adults in regions such as Europe and northern Southwest Asia have been drinking milk for at least 5000 years, and whether it was cow, sheep or goat milk.

Despite the popularity of milk products, much of the adult population in many parts of the world can’t digest milk without suffering from the side-effects of lactose intolerance. The ability to digest milk—other than human—evolved with an inherited mutation in populations that started dairying thousands of years ago. These populations produce the enzyme lactase in the gut.

In a study published in Scientific Reports, an international team of scientists detected the milk whey protein beta-lactoglobulin (BLG) in both a modern patient and in the dental plaque of human teeth from the skeleton of a Bronze Age pastoralist. The protein doesn’t occur in human milk. Searching for the same fragment in ancient teeth from regions with high, moderate, low and very low present-day lactose tolerance, they found plenty of BLG in regions with a history of dairying, and none in Central West Africa, where lactose tolerance is low. They also found regional variations in the type of milk consumed. “Bronze Age northern Italians were consuming goat milk,” says lead researcher Christina Warinner, “while in Britain sheep and cattle milk was preferred. In Scandinavia, we only found evidence of cattle milk.”

The only prior evidence of historic milk consumption in adults were the remains of female-dominated animal herds, or milk fats found on ancient pottery and cooking utensils. There was no indication of the lactose tolerance of the population drinking the milk.