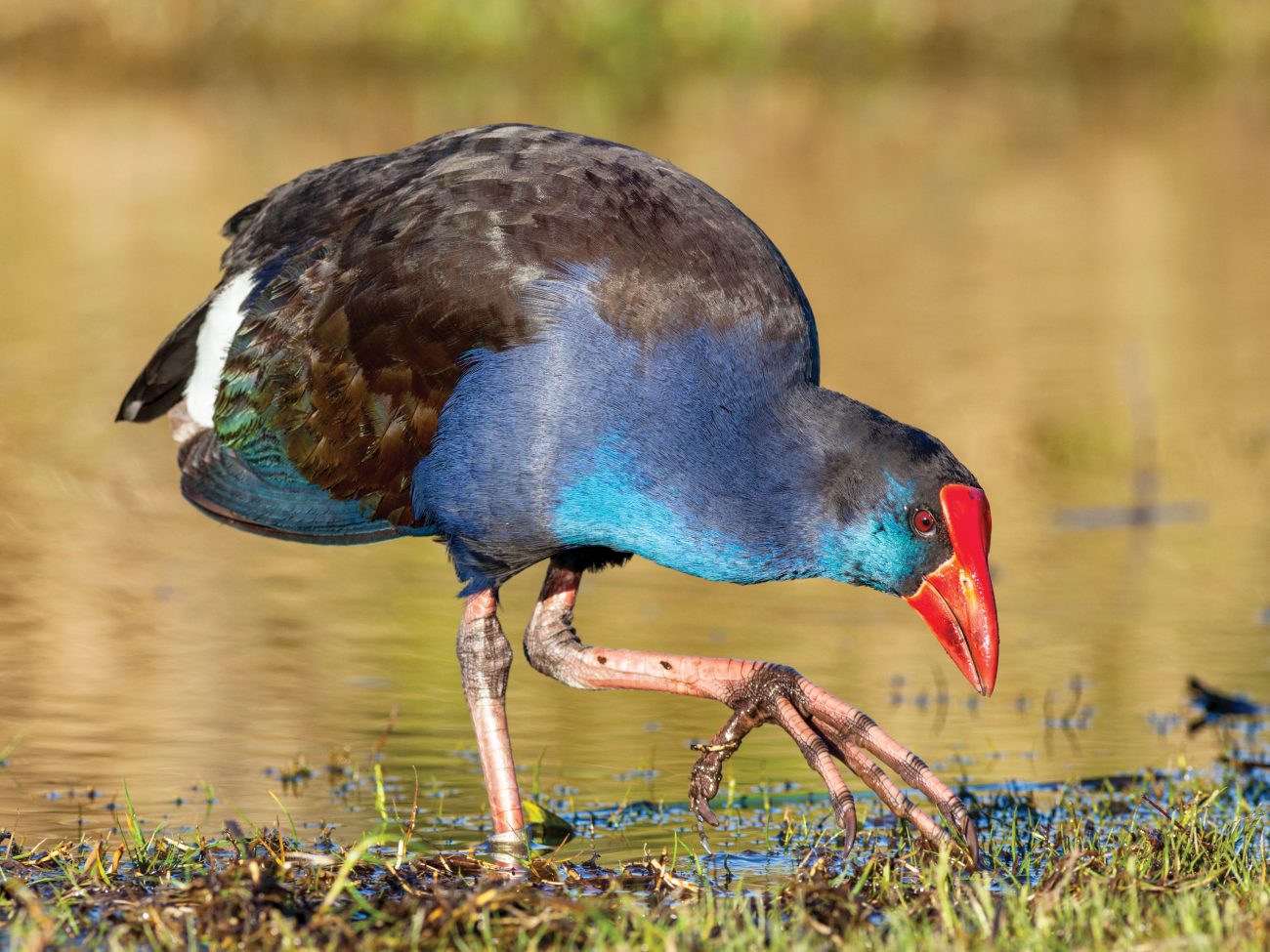 Farnworth embarked on a scientific whodunit, deploying cameras along Orongo Stream in western Waikato. The waterway is home to two types of freshwater mussel, Echyridella menziesii and E. aucklandica, which are both threatened species. As piles of shells appeared sporadically along the banks of the stream, she shifted her cameras in hopes of catching the perpetrators in the act. She was capturing lots of footage of Norway rats swimming, “but nothing was eating anything on camera”, she says. When a nationwide lockdown was announced in March 2020, Farnworth found her field season cut short and retrieved the streamside surveillance cameras.

To her surprise, this last batch of footage solved the mystery, clearly showing the culprit—and it wasn’t a rat. The mussel munchers were pūkeko.

Farnworth stresses that Norway rats aren’t exonerated. “We’re not saying that rats aren’t predating mussels; they could be. But we have identified something we know definitely does eat mussels: pūkeko.”

In the footage, the pūkeko spy the mussels on the streambed, submerge their head to retrieve the shellfish with their beak, then carry it to the bank where they use their feet to hold the mussel and their beak to break through its shell to the tasty morsel inside.

The pūkeko seemed to prefer the slightly smaller E. menziesii over the chunkier E. aucklandica, perhaps because E. aucklandica can bury itself deeper in the sediment and has a thicker shell. “If you’re after a quick snack, are you going to go for something with lots of complex wrapping, or are you just going to rip open a chocolate bar? If you’re a pūkeko, a thinner shell means less time spent getting food out,” says Farnworth.

Pūkeko predation is yet another stressor—albeit a natural one—impacting kākahi populations. Loss of habitat, poor water quality and the decline of native fish (which play an important role as hosts in the kākahi life cycle) are the biggest factors driving freshwater mussel decline. “If it were just pūkeko predation, that wouldn’t be as much of an issue. But we’ve got multiple things impacting mussel populations,” says Farnworth. This means it’s important to consider pūkeko as part of kākahi conservation. We wouldn’t want a precious population of endangered mussels translocated to a new stream to be wiped out by a hungry bird.