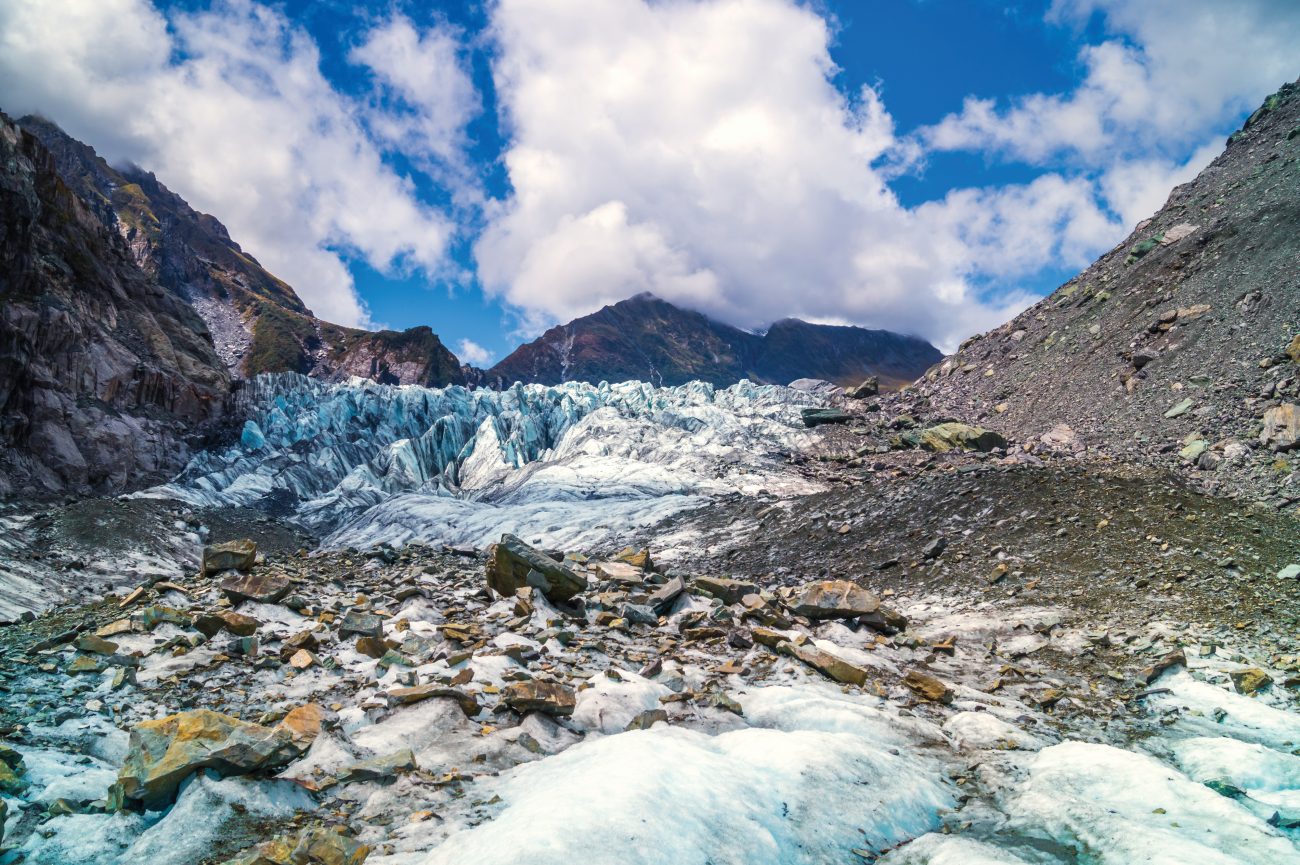 As glaciers retreat, they lose invisible ecosystems formed of microbes—before we’ve had a chance to get to know them.

Bacteria thrive just about anywhere, but nobody has investigated the microbiome of alpine glaciers on a global scale, says geologist Mike Styllas, leader of a three-year, round-the-world expedition to study ice-loving microbes on 200 glaciers in 15 countries.

The team, from the Swiss Federal Institute of Technology, want to find out how the microbes adapted to extreme conditions, and what’s happening to them in a changing climate. This project is a first-of-its-kind worldwide inventory of unseen life during times of dramatic change.

New Zealand was the first stop on the itinerary because of the wealth of long-term observations gathered during annual end-of-summer snowline surveys. The late Trevor Chinn, who began the survey in 1977 and took his last flight over the Southern Alps last year, helped the team scout out the best locations—such as Richardson Glacier, one of 50 ‘index’ glaciers Chinn selected to be tracked every year.

On arrival, Richardson Glacier looked dirty, hiding its ice under a thick coat of surface moraine. This provides a thermal buffer, slowing its retreat. But its recent history of withdrawal was written into the landscape, with moraine heaps dumped much further down the valley.

The Aoraki/Mt Cook region was one of several field sites along a north-south transect of the Southern Alps. At each, the team gathered environmental data and took samples for DNA sequencing to identify microbial communities: one dataset from a glacier’s terminus, another from the glacial stream.

“With the Richardson, we know where the glacier was a hundred years ago,” says Styllas. “Sampling further downstream, we’re going back in time and can see how microorganisms have adapted and evolved as the glacier has retreated.”