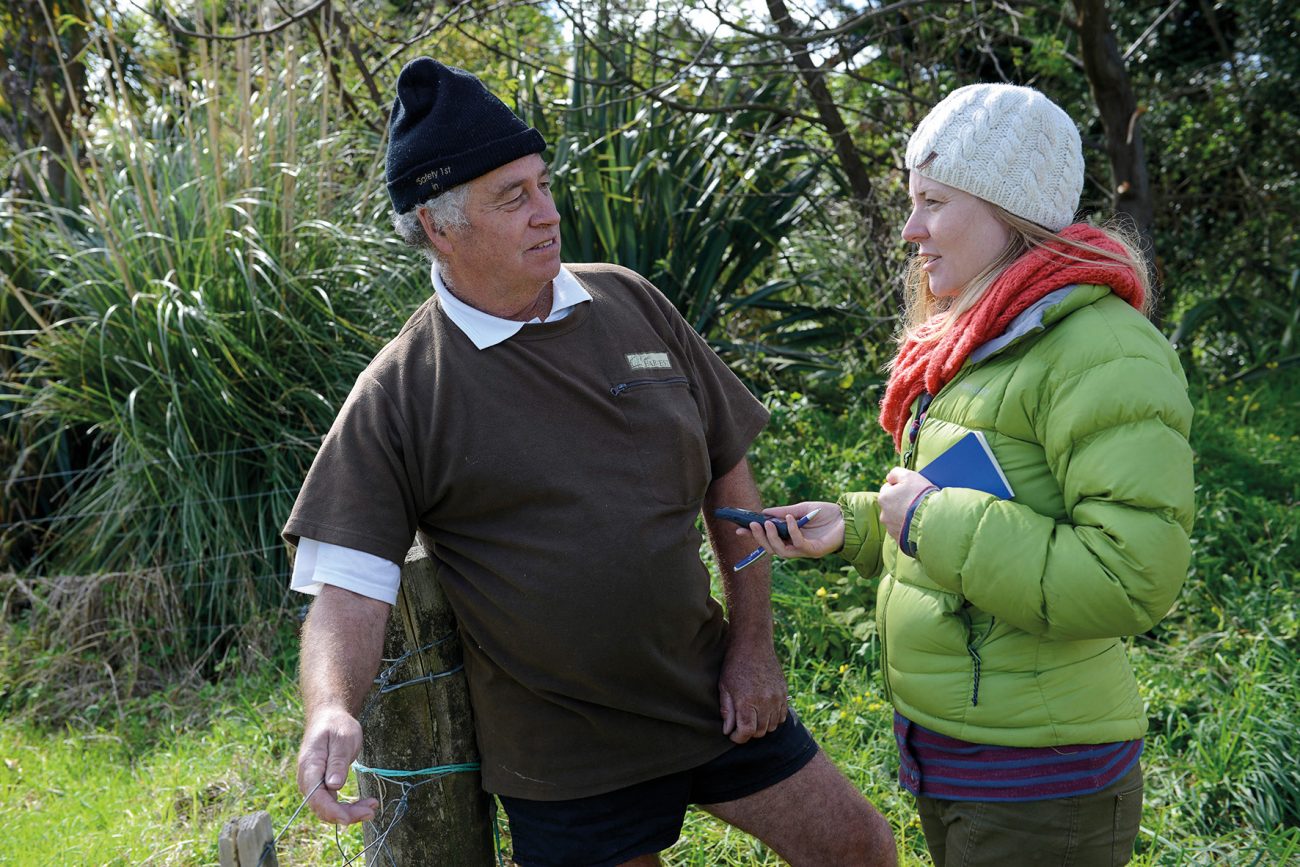 When Kate Evans was 16, she got a job picking zucchinis for $6.50 an hour on the flats just outside Omaha, north of Auckland. She didn’t know it at the time, but lying beneath the fields nearby were fat trunks of kauri, submerged in an ancient peat bog.

Years later, during the ‘black gold rush’ of swamp-kauri extraction, Evans returned to Northland as a television producer, covering a court case about the illegal draining of a wetland for the ancient timber. It had taken a bizarre, violent twist—one of the key witnesses was attacked—and Evans was left feeling there was a lot more to the swamp kauri story.

Now a freelance writer, Evans has been quarrying environmental, legal, historical and scientific answers to questions that she had stowed away after that first story in 2014. How did these deposits of kauri form? Is its extraction being properly controlled? And why is it so contentious?

In early spring, Evans, her mother, and her baby daughter, Amalia, set off for the Far North to visit Lake Ngatu, to observe the extraction of subfossil kauri logs from a farm near Waiharara, and to meet the story’s central characters, from a champion woodchopper-turned-entrepreneur to a digger driver and artisanal guitar-maker.

Then there were those insisting that the Government keep a closer eye on swamp kauri, and better protect the wetlands where it’s found.

“It is really amazing what they’ve achieved given that they’re a small group of mainly  retirees,” says Evans. “They have caused the whole country to start looking at this issue. There’s a lot that probably wouldn’t have happened if they hadn’t spent hours and hours doing this stuff.”

While the environmentalists are motivated by the race to preserve wetlands, others are equally passionate about the wood itself.

“This is something with such a long story,” she says. “It stretches much further back than our human history does in this country.”

Along the way, Evans stumbled across new research, little publicised, into what swamp kauri reveals about the past. One of the scientists, Andrew Lorrey, began his career studying logs found near the zucchini fields of Omaha Flats—wood that offered a rare window into prehistory.

“I was fascinated by what these 40,000-year-old tree rings are able to tell us,” says Evans. “I hadn’t anticipated that that would be as big a part of the story as it was but it got so interesting that I had to follow that line to the end.

“It could tell us something about that period where humans replaced Neanderthals, and what was going on with the climate at that point. It speaks to a time where humans really became humans.”