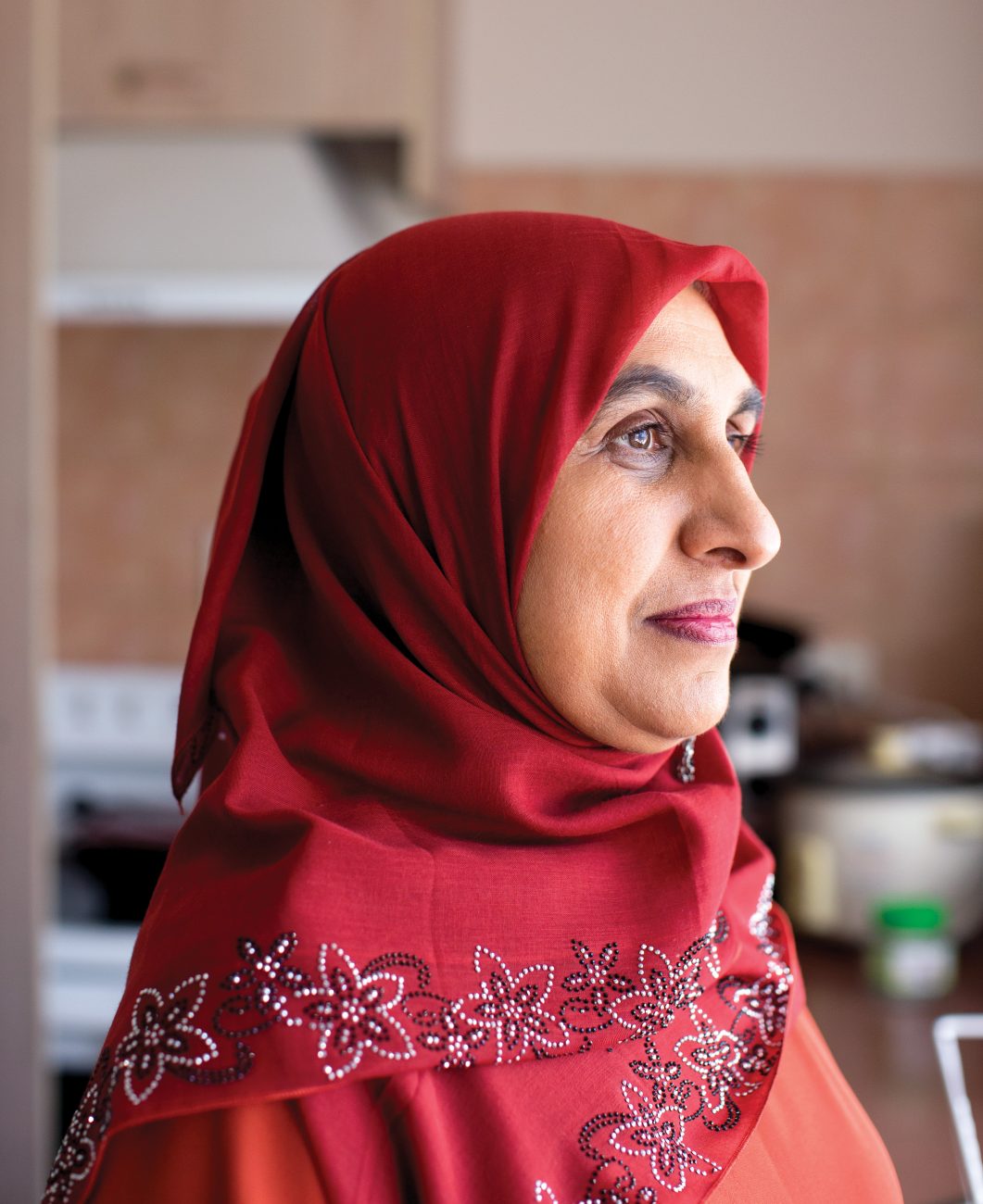 It started with a sermon: words that impelled Anjum Rahman to contemplate her purpose in life. What was she contributing to? Whose responsibility was it to make things better?

“I recall someone saying, ‘You know, you really have to question why you are here, in New Zealand, at this time, in this place,”
she says.

Rahman—lifelong resident of Hamilton, parent, chartered accountant, Muslim, activist, board member—knew that things around her could use improving. Her own life was testament to that.

“You cannot judge people by what you see of them,” she says. “People don’t treat me like I’m a Kiwi, and I’m a Kiwi.”

People tend to decide at a glance what kind of person Rahman is. It’s been happening her whole life. At her Hamilton primary school, she was the only child of Asian descent—her parents are from Uttar Pradesh in northern India—in a roll of more than 500. One of her first teachers ridiculed her; Rahman’s parents complained, and she moved classes, but it was too late. The teacher’s actions had granted licence to mock the girl who dressed and ate differently, and nothing could revoke that permission.

She never got to feel as though she fit in: not as an Indian, not as a New Zealander. She was follower of a faith that most people misunderstood.

As a teenager, she studied Arabic and Urdu at home so that she could read the Qur’an and other Islamic texts in their original languages. It gave her a foundation in her religion that she would only come to appreciate decades later.

After the terrorist attacks of September 11, 2001, Muslims were all of a sudden visible and recognisable in mainstream Western culture: as the bad guys.

“It was quite scary,” says Rahman.

“I had this realisation that if I wanted my daughters to grow up in a world without fear, that it was up to me to do what I could to create that world.”

Rahman became politically active. She joined an interfaith organisation, where people connect over similarities in their different religions. She started acting wherever she saw unfairness: advocating for the living wage, the availability of state housing for the elderly, sexual-consent education for university students. Why aren’t certain people—mothers, minority communities—taking part in governance? What makes some people feel the need to demonstrate their superiority over others? She started turning these questions over in her mind, untangling the strands, figuring out where they began.

Today, her faith provides her with a way of understanding the world, and confers a sense of responsibility. “I think the thing for many Muslims is to trust that whatever is happening, good or bad, it has some personal benefit to you. The bad things grow you.”

Sometimes, religion leads to the kind of superiority that divides people—the very thing Rahman has set her life against.

“It’s really important, particularly for people of faith, to remember their humility within their faith. To have faith without humility is not a good thing. You see people who are deeply religious who are filled up with a sense of their own goodness—and that is the most dangerous thing.”

Recently, Rahman has appeared regularly in the media as the spokesperson for the Islamic Women’s Council of New Zealand, a national organisation which, over the last five years, repeatedly implored the government to take action against discrimination.

“It’s not like you can’t do anything,” says Rahman of racist attitudes. “There are programmes that work, there’s a lot of research. What it needs is commitment and resources.”

An anti-racist campaign would be many-armed and pervasive—it would touch the contents of school curricula and professional-development courses alike—but it would need to come from the highest level of government.

“We’ve always said, if they get this right, it won’t just benefit us, but it will benefit all marginalised communities,” says Rahman. “The way we deal with these things—we have fatphobia, we have people with mental health conditions that are stigmatised, people with disabilities. If you look at the way that hate works and stigmatisation works—all the fixes that we have for those things are manoeuvring around hate rather than dealing with it directly. Everyone benefits when you get this right.”

These days, Rahman is immersed in community advocacy. I reach her by phone on a Friday afternoon, and so far, her week has involved two board meetings, a funeral, a client visit, meetings with the Chief Human Rights Commissioner and the United Nations Deputy High Commissioner for Human Rights, Philanthropy New Zealand, and a governmental sexual-violence sector working group. She’s also been making calls in an attempt to secure funding for tutoring for children in Christchurch.

“By advocating for things, I feel like a worthwhile person. I don’t have those resources within myself. The reason why I don’t is because I’ve lived in a society that’s been very othering, and very devaluing. It’s very difficult to have that confidence of, ‘Yes, I belong here, and I’m a good person and I don’t need to prove myself.’ For me, some of that has been lacking.

“But I would like to think that I do bring a sense of empathy, the sense that it’s the right thing to do, and it needs to be done.”