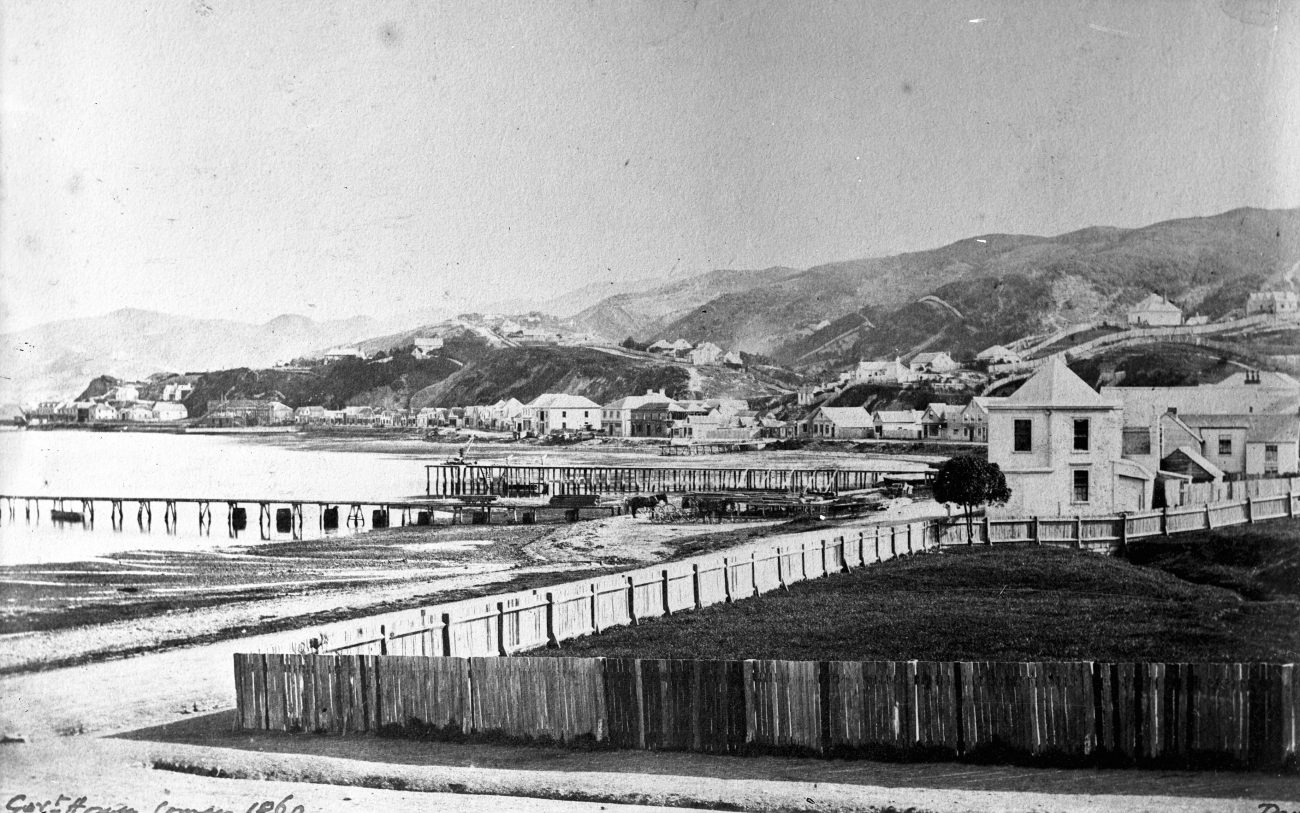 The 1855 celebrations marking the 15th anniversary of the young Wellington settlement had gone off splendidly under dazzling skies—the only shortcoming being a want of wind for events on the water. The next day, Tuesday 23 January, set that failure to rights with a strengthening gale and a drenching downpour at midday that put an end to festivities.

That evening, the gale could still be felt aboard the 400-tonne survey brig HMS Pandora, which was riding at anchor in the harbour in six fathoms of water. At 11 minutes past nine, Pandora’s crew suddenly felt something else: “an uncommon and disagreeable grinding, as if the ship was grating over a rough bottom”, in the words of its commander, Captain Byron Drury. Then the vessel swung violently, setting bells ringing and causing panic below. Moments later, a loud crash was heard from the direction of the town, where lanterns could be seen on the move.

Drury led a party ashore, landing at Lambton Quay. He soon saw the cause of the earlier noise—the upper storey of the Government Offices, which housed the Wellington Provincial Government, had collapsed, bringing down the staircase and the Council Chamber. Everywhere, chimneys had fallen to the ground, houses had shifted on their foundations, and fissures split the earth. Drury noted “the universal sacrifice of property, and the natural terror and despair among the inhabitants”.

It was the work of a magnitude 8.2 earthquake—the most powerful ever recorded in New Zealand. The quake, centred on the Wairarapa Fault, was felt as far away as Dunedin and generated a tsunami of up to nine metres in Cook Strait. Some 250 aftershocks were counted in 11 hours following the first shake. Yet casualties among Wellington’s 6000 or so inhabitants were surprisingly light. There was one death in the town, two in the Manawatū, and up to six people lost their lives when a whare collapsed in the Wairarapa.

The timing of the quake helped—most people were still awake when it struck and so were able to rouse their children and reach safety. And being summer, there were no hearth fires to torch the wreckage. Even more fortuitously, a magnitude 7.1 quake seven years earlier had shown the danger of brick construction and most houses had subsequently been built of timber. Ironically, the sole Wellington fatality, Baron Charles Ernest von Alzdorf, had scorned that lesson and lost his life in the town’s largest brick building—his own handsome two-storeyed hotel.

The 1855 quake did more than shake things up. It utterly transformed the geography of Wellington. Some 5000 square kilometres of land west of the Wairarapa Fault was uplifted and tilted. The southern end of the Rimutaka Range rose by more than six metres, much improving the risky coastal stock-driving route to Wellington. And a narrow, freshly exposed fringe of harbour shoreline created an all-tide road and rail route to the Hutt Valley. In the town itself, a low-lying area set aside as a future shipping basin was lifted by the quake, making it more suited to becoming Wellington’s cricket grounds.

Fearing the effects of bad publicity, civic leaders played down the scale of the quake. Even Captain Drury’s account came in for criticism, with settlement promoter Edward Jerningham Wakefield claiming it would “convey false impressions” to readers in England. By 1913, total amnesia had set in, with the New Zealand Official Yearbook blandly stating that “earthquakes in New Zealand are rather a matter of scientific interest than a subject for alarm”. Of course, we know better.