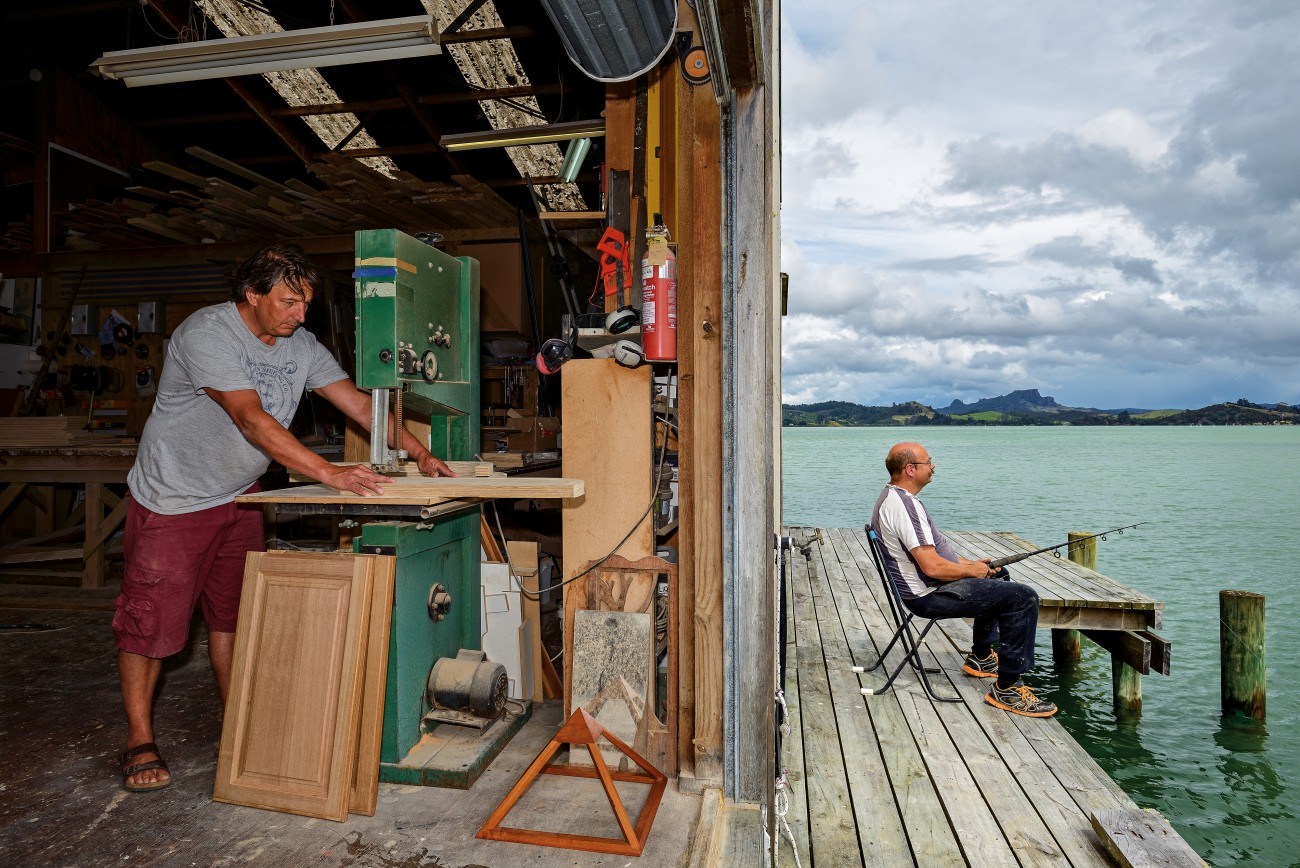 A New Zealand Geographic story about Whangaroa Harbour, in the Far North, has turned out to be just the catalyst a local Year 11 class needed to express themselves in writing.

Nicola Muir, the English teacher at Whangaroa College, in Kaeo, gave her students the story “Finding Whangaroa” (Sept-Oct 2015) and asked them to write a personal response to the author—me.

“The results were better than I’d anticipated,” Muir wrote in an email to the editor. “They wrote pages.”

Muir sent me several of the students’ responses. A recurring theme was that when you read about your place through someone else’s eyes, it can make you think differently. Alison Hills put it like this: “Before, if you’d asked me to describe Whangaroa, I would have said it was a dull, boring and old place. It was as if you had a locked box, but when you find the key and unlock it you reveal all that’s inside and suddenly you’re overwhelmed with beauty and wonder.”

Olivia Argent had a similar reaction. “We just aren’t that well known or appealing at first glance,” she wrote. “It seems as if we are just like other small Northland towns and communities.”

Then she added a poignant personal reflection: “An isolated town for an isolated girl like me, both not noticed much, or maybe just prefer only to be known by those who are worth it. The author mentions how most living here enjoy the small peace of the area, and I am one of these people. There are times I have felt belittled being Pakeha in a more Maori area than some parts of New Zealand, but reading of the wonders I had forgotten about made me proud to be a member of this place.”

For Argent, a high point of reading the story was coming across a photograph of her father fishing from a jetty during his lunch break. “The mountains overlapping in the distance, surrounded by the ocean as he sits contentedly fishing, a time I know he would have his mind at peace.”

Hills also responded to a photograph—one of her grandmother and “her beautiful gardens and her bright turquoise home. I was so happy when I saw it. It looked like a fantasy-filled fairy-infested pixie house!”

Another student was pleased that the story recorded Maori oral history and used Maori language. “I find hearing or even reading about Maori legends really engaging, especially when I’ve never heard it before,” wrote Fairy Allen. “As Maori, it makes me want to read so much more of the disturbing, amazing, mysterious stories of my culture.”

For Allen, the link to the past made her think carefully about the present. “Whangaroa was the centre of political power over 200 years ago,” she wrote, “but time has passed and those days have gone, and Whangaroa is the centre of not much now.” She thought it was important that “our generation learns about the history in the place because from what I’ve learnt is that this place isn’t full of just beautiful vistas and tourist attractions, it actually holds a whole lot more then what it seems.”

For some students, recent hardships in the area struck a chord. Three responses referred to the troubles the local oyster farming industry had faced when a serious shellfish disease struck the harbour. “The fact that something called ‘oyster herpes’ can kill off so many oysters all over Whangaroa really made me think about the diseases that can come from overseas,” wrote Keanu Harding. “That disease has caused a lot of struggles for other factories and families in Whangaroa.”

Harding had an unexpected response to another moment of tragedy in the story. It was the tale of Kaimohi, a warrior, and Rauriti, his devoted wife. On seeing Kaimohi’s face in a rocky bluff overlooking Whangaroa Harbour, and perceiving that he had died in battle, Rauriti climbed the cliff and flung herself into the sea, so that that her spirit would join her husband’s in death.

“It’s a pretty tragic story to be honest, a wife missing her husband, who is dead, and then casting herself off a cliff,” Harding wrote. “Just because someone thinks their spirit will join a loved one is out of it, in my opinion. It’s way too over the top to be something real.”

But then he went on to say: “The idea behind this story is bad, however, because I believe it is glorifying suicide, and that’s really not a good idea because the suicide rates around Northland are high, and with this story making out that suicide is a good thing it’s a bad idea to have that going around the community.”

History matters, in ways that aren’t always apparent to the person who writes it.

What, then, is the purpose of this kind of story, where a writer and photographer immerse themselves in a destination, its geography, history and people? Olivia Argent put it this way: “This could have been an article based on the fact that Whangaroa was an important part of history, yet has never thrived as much as the nearby places such as Kerikeri. However it could also be about how you need to go on an adventure and search for the true wonders of the world, and sometimes the best places are not what you expect.”

I couldn’t have said it better myself.