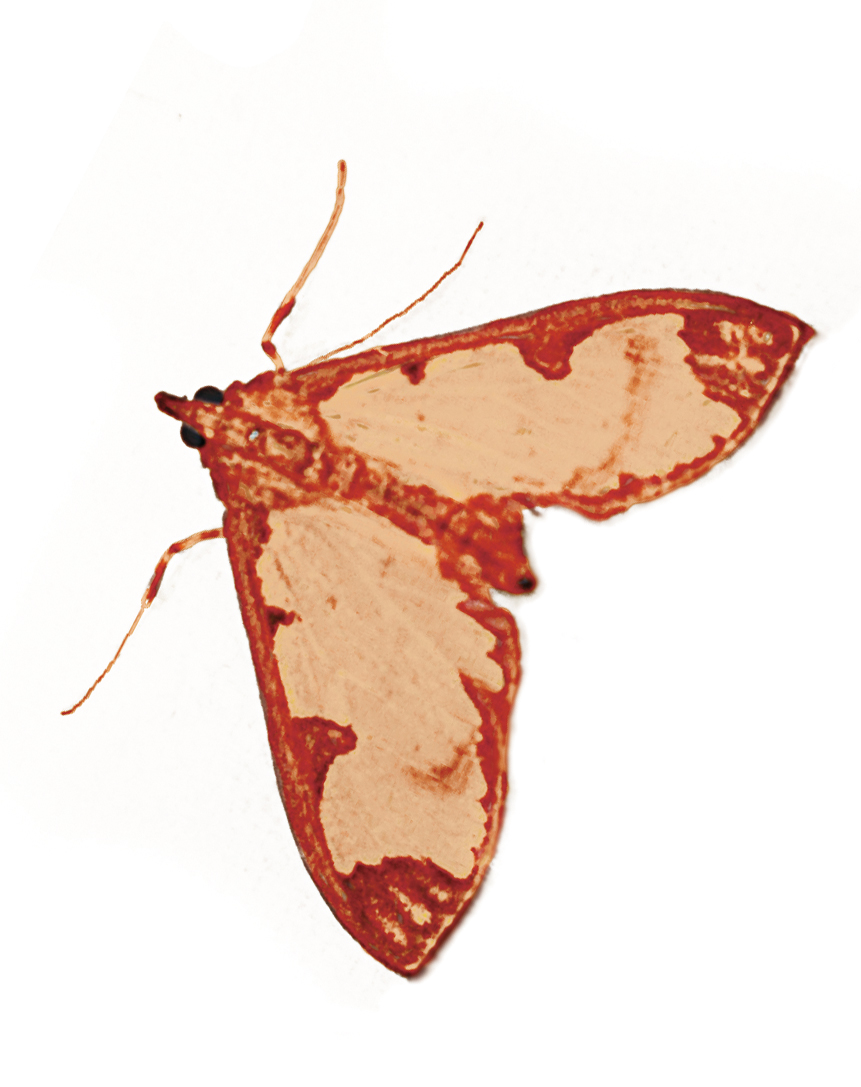 Weeds from abroad can be controlled using pests from abroad. The noxious, vine-smothering banana passionfruit vine, Passiflora spp, meets its match when pitted against the moth Pyrausta perelegans, a fellow Colombian which eats the flowers and so prevents the plant from setting seed. However, in a country still ravaged by introductions, caution prevails.

Landcare Research imported the Pyrausta moth in June 2010, after years of seeking permission from ERMA, MAF and South American authorities. A storm hit Christchurch the night after the September 2010 quake, and the two events combined disabled Landcare Research’s cooler but left the heater intact, destroying the whole tank of insects. This was just one setback among many.

As the banana passionfruit marches forth—individual plants can climb more than 10 m and spread 100 sqm—the time taken to ascertain the safety of an imported specimen can seem painfully long.

One important consideration is target specificity. In the case of Pyrausta perelegans, it was found that they attacked New Zealand’s native banana passionfruit (kohia) when planted out in the same cages. However, insects will commonly go for uncharacteristic food choices when supplied with a limited selection in confinement.

Scientists shipped the kohia to southern Colombia and planted them on rocky slopes where the moth exists. It took years to obtain the permit, only for the plants to die in unseasonably bad weather six months after being planted out.

The lucrative trade of bioprospecting is now considered biopiracy—the commercial use of genetic material in pharmaceuticals and other products without benefit to the country of origin. Half of Chile’s native plants are endemic, and Colombia and Brazil have the highest biodiversity in the world. However, the same legislation that protects material being distributed for commercial purposes also puts limits on biocontrol opportunities, with no distinction between economic benefit to private organisations and the public good.

For now, even as scientists and bureaucrats battle it out across borders, the weeds will keep creeping.