Almost all the silk used by humans comes from the cocoons of silk moths. World production is about 70,000 tonnes per year, compared with many millions of tonnes of synthetic nylons. But nylon is worth only $5 to $25 per kilogram, whereas silk fetches $100—comparable to the most expensive manmade fibres such as Kevlar (poly-paraphenylene tereph­tha lamide).

There is considerable interest in the artificial production of natural or genetically modified silk. The silk of choice for such an enterprise would be spider silk, because it is much tougher than the stiff silk obtained from silk worms. It needs to be noted, however, that there is a great range in the properties of spider silks, and an individual spider may manufacture seven or eight different types of silk for different parts of its web or for encas­ing eggs. It is the toughest type, dragline silk, which is of greatest commercial interest.

Dragline silk combines great strength with extensibility and light­ness, and, if available, would probably supplant Kevlar as a material for body armour and could find many other applications as well, such as in special surgical sutures.

Whereas the most comparable synthetic compounds are produced under harsh conditions (Kevlar, for example, is synthesised in concentrated sulphuric acid) and present disposal difficulties, spider silk is recyclable and is produced from an aqueous solution at low pressure and temperature—attributes of considerable appeal from an environmental viewpoint.

It was once thought that the key to spider silk’s remarkable properties—especially its extensibility—would lie in the structure of the proteins silk is made from, but this has proved to be only partly true. The details of the spider’s silk production and spinning apparatus are at least as important.

The main spider-silk proteins that have been characterised so far are spidroin I and II, but there are others, and all seem to be especially rich in just a few amino acids (mainly glycine, alanine, serine, glutamine and proline) forming a small number of short repeating tracts that make up the protein. Some of these tracts adopt helical forms, which are thought to act as springs, but other portions are less ordered.

While it is easy to envisage how a helical region could impart springiness to a thread, the situation is, in fact, not that simple. Although a strand of spider silk is only 3.5 microns in diameter, it consists of a great many parallel strands of protein, and it is hard to imagine how the stretchy sections in each of the protein molecules making up a fibre could end up aligned. It wouldn’t take too many rigid threads in a stretchy bundle to stymie its elasticity. There is recent evidence to suggest that even the 3.5-micron strand consists of several distinct layers—a core, skin and coat—and micro-fibrils within these layers enclose fine channels which resist tears and strengthen the strand.

The glands that secrete and spin spider silk are as complex as the material they produce. The silk proteins are secreted as a concentrated aqueous solution by several different cell types, and the proteins exist as liquid crystals, which means they can exhibit some degree of parallel alignment despite being in solution. There is a big payoff here for the spider in that the metabolic cost of spinning silk is greatly reduced if the starting material is in a liquid crystal­line state.

Another key to the properties of spider silk is the tight control the organism seems able to exercise over the amount of water associated with protein as the silk goes through its various stages of production. This control, plus the liquid crystal state, enables the spider to accomplish feats beyond present human capabilities.

For instance, human technology is unable to spin molecules larger than 30,000 daltons (a dalton is a unit of atomic mass), because the starting solutions become too viscous. The main protein in spider silk has a molecular weight of 250,000 daltons, but the aligned protein rods in the liquid crystalline state slip past each other very readily, preserving astonishingly low viscosity.

The architecture of a spider’s spinneret and the gradually tapering duct leading to it also seem of great importance. As the duct narrows, fluid flow is increased, and this assists further in aligning the all-important silk proteins. Water is also absorbed back into the spider’s body from the silk solution as it moves along the duct.

At a certain point in the narrowing duct, the filaments of protein pull away from the surface of the lining cells, putting the nascent fibre under greater stress, which furthers the alignment process. Hydrogen bonds form between the filaments (these stabilise the silk) and the filaments thereby become more hydrophobic, so hastening the removal of water.

What is termed the “final draw-down” happens after the silk has left the spinneret, when more water probably evaporates from the silk. Spiders can often be seen “tacking” a dob of silk to a solid object such as a twig, then tugging away from that anchor point, pulling—or “drawing down”—a thread of silk from their body. The speed with which this is done seems to be important in determining some of the properties of the silk as well.

Genetic engineering has allowed silk proteins to be produced in bacteria and in the milk of goats, but both systems leave much to be desired in the spin­ning department, and, as we have seen, clever spinning is at least half of the plot in making great silk.

As an aside, an improved under­standing of fibre formation in spiders may give insight into why protein fibres form in places where we don’t want them—such as in the brains of Alzheim­er’s patients.

Manmade silk still holds plenty of commercial appeal, but its realisation still seems some distance away, and the spider’s position as sultan of silk and spin is unlikely to be challenged any time soon. 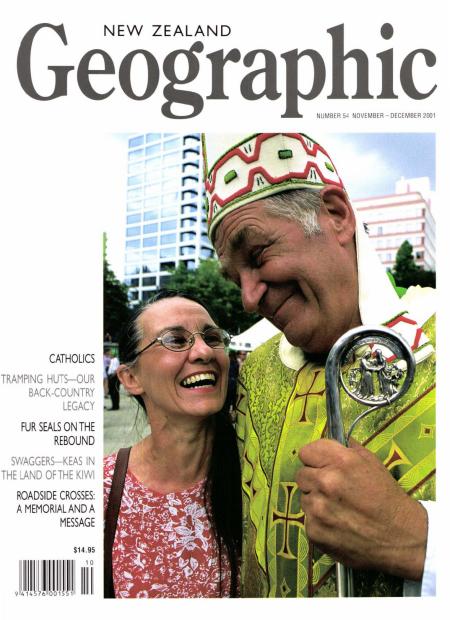