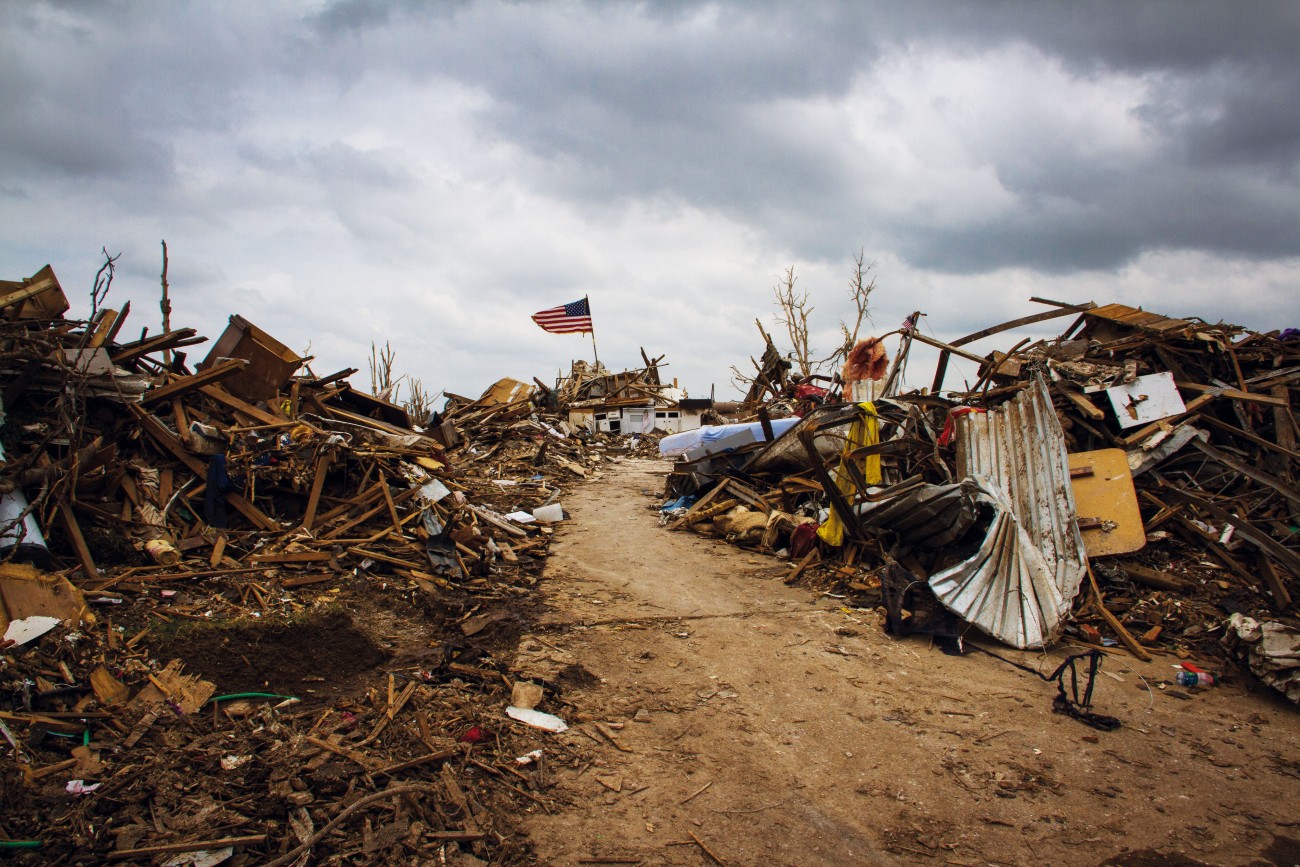 Among the strangest moments of the Little Ice Age were the occasional appear­ances in the Orkney Islands of Inuit fishermen in kayaks. One even turned up off the coast of Scotland near Aberdeen. Most likely blown off course by storms, these Arctic hunters had a much shorter distance to travel from the ice edge to Scotland in the decades either side of 1700.

Records from Iceland show that the sea ice was much more extensive and persistent then than it is now or had been in early medi­eval times. Glaciers advanced over farmland in Iceland, while in Scotland, snow lay on the Cairngorms in the eastern Highlands year-round and mountain lakes had ice throughout the summer.

As the Arctic cooled, the temperature difference between one end of Great Britain and the other intensified. In turn, this caused westerly winds to become stronger and more persistent over Britain. At times, particularly during the 1690s, it appears to have shifted the track that storms take around the Arctic farther south so that they passed over Scot­land. Crops were often destroyed by summer storms, and in 1694, wind-blown sand buried hundreds of hectares of farmland at Culbin.

A study of the impact of the weather by Robert Dodgshon of the University of Wales tracked harvest failure through records of rental payments in Scotland during this time. Many estates, particularly in western Scot­land, where there was little shelter from the storms, showed frequent requests for rent relief and postponement. Eventually, some areas of farmland were listed as abandoned.

During the 1690s, the population of Scotland dropped by an estimated 15 per cent, not only from famine-related deaths but also from large-scale migration to Ulster, Ireland.

Paradoxically, the relatively warm Arctic we have now is also disrupting weather in mid-latitudes. The reduction of the tempera­ture difference between the tropics and the Arctic weakens the mid-latitude westerly winds, sometimes halting the eastward progression of weather systems. This is why one region, such as California, has experi­enced record warm and dry conditions while further east has had cold and snow.

When the pattern does shift east, it causes what American meteorologists have christened “Weather Whiplash”. In Iowa, for example, Sioux City had its first snowfall on record for the month of May, but just two weeks later, the temperature reached 41°C. This was its hottest temperature ever recorded in May and came after a rise of 43°C in just 56 hours. The dramatic change in temperature was wide­spread in the Midwest, and the intense heat was accompanied by strong winds that fanned record-breaking wildfires in the states of Minnesota and Wisconsin.

May is usually the height of the tornado season in the Midwest but the cold outbreak contributed to a “tornado drought” for the first part of the month. That all changed after warm humid air from the Gulf of Mexico began to push north in the second half.

On May 20, a major tornado struck the town of Moore on the outskirts of Oklahoma City, killing 26 people and causing in excess of US$2 billion damage. Seven school children drowned when a cellar flooded. Others were protected by teachers lying on top of them as buildings collapsed. In another school, the pupils were crowded into a toilet block and emerged unscathed because it had been constructed to survive a tornado.

Peak winds are estimated to have reached 340 kilometres per hour, which places this tornado into category five on the Enhanced Fujita (EF) scale, the most destructive of all.

Just 11 days later, another EF5 tornado touched down in El Reno, west of Oklahoma City. The maximum width of the damage path was 4.2 kilometres, making this the largest tornado in recorded history. A Doppler radar operated by the University of Oklahoma measured a wind speed of 475 kilometres per hour. (The fastest ever recorded—in Moore in May 1999—topped 491 km/h, but was measured at a greater height of 32 metres, so the El Reno tornado may have been the strongest, as well as the biggest.)

As the tornado intensified, it changed direction and its funnel cloud was obscured by rain, making an extremely dangerous situation for tornado chasers, several of whom were killed.

Among them were veteran tornado scientist Tim Samaras, his son and a colleague. Samaras was famous for placing a set of instruments on the ground minutes ahead of an EF4 tornado in  in 2003. The pressure sensor measured a record drop of 100 hectopascals in just 25 seconds.

Twenty fatalities resulted from the storm, though the death toll could have been far worse: One Oklahoma TV station advised people to get in their cars and flee to the south—thou­sands were trapped in vehicles in grid-locked traffic in the dark. Fortunately, the second and third tornadoes were not as intense and largely avoided the highways, though flooding claimed some lives.

Whether global warming is making torna­does worse is a matter of intense debate. Warmer air is able to contain more water vapour. When this condenses, it releases large amounts of heat, which is a major power source for thunderstorms, an effect exacer­bated by strong temperature contrasts.

However, the historical record is too frag­mentary to show a clear trend, and computer modelling indicates heavier rain and more lightning from thunderstorms rather than necessarily more tornadoes. More tornado research is needed, not just in the lab but by courageous storm chasers up close and personal with the beast.