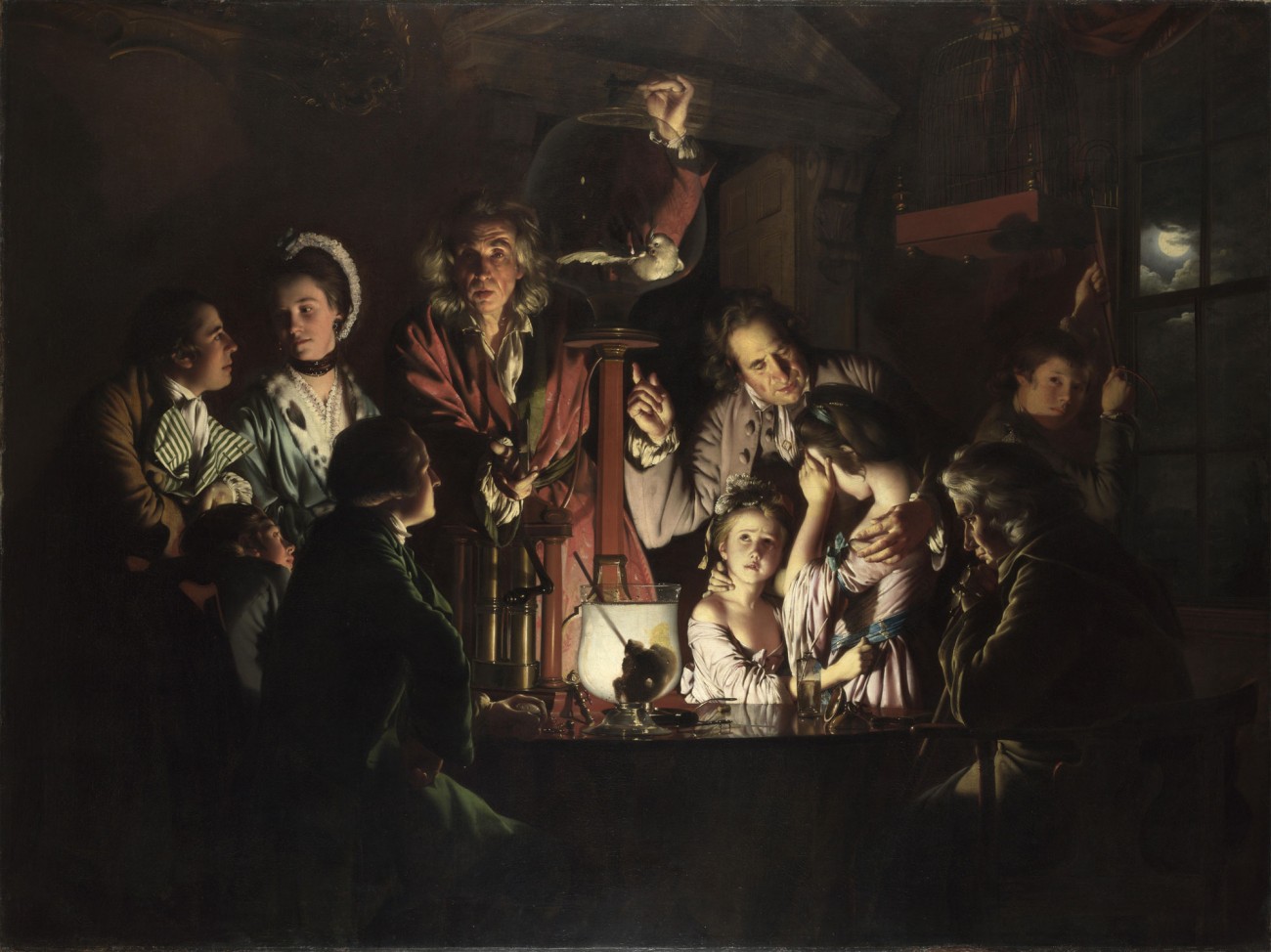 A cumulus cloud punching its cauliflower-shaped turrets into a blue sky reminds me of Charles Darwin’s grandfather, Erasmus, the first person to scientifically explain cloud formation. In a paper published in the Philosophical Transactions of the Royal Society in 1788, he described how rising air encounters lower pressure, causing it to expand and cool. If the air is very humid, some of the water gas it contains condenses to form cloud.

As a country doctor travelling 16,000 kilometres a year to visit patients, Erasmus Darwin had a keen interest in the weather.

If he expected rain, he would travel on horseback, if dry, take his carriage, and if in between, take both and transfer to his horse if the carriage got bogged down.

In his house in Lichfield, Staffordshire, Darwin could monitor wind changes from the comfort of his armchair with a pointer on the ceiling attached to a wind vane on the roof. He learned the typical sequences of weather, in particular the marked temperature changes associated with changes in wind direction that we now know as cold fronts and warm fronts.

A man of unbounded curiosity and fertile imagination, Darwin was an enthusiastic inventor. With so much travelling over rough roads, he experimented with improved suspension mechanisms for his coaches. But his most successful innovation involved steering. In his day, the entire front axle had to turn in order to turn a carriage. When the front axle was turned sharply, the carriage was effectively balanced on three points and so was vulnerable to tipping over. Darwin invented a method of keeping the axle straight and turning each wheel at the end of it, similar to the mechanism employed in cars today.

Among Darwin’s designs was an anemometer using a small windmill sail mounted on a spindle inside a tube with gears to record the number of revolutions. He also designed a copying machine, a horizontal windmill, a mechanical bird powered by compressed air, a rocket propelled by burning hydrogen and oxygen gas together, and a steam-powered vehicle he called a “fiery chariot”.

Darwin had a great talent for making friends and keeping them. These included leading figures at the birth of the Industrial Revolution such as the manufacturer Matthew Boulton, the engineer James Watt, the potter Josiah Wedgwood and the chemists James Keir and Joseph Priestley. For decades, they exchanged scientific ideas, meeting at the full moon, when there was light to travel home by—a schedule reflected in the name of their group: the Lunar Society.

Darwin also had literary talent. He translated the Swedish botanist Carl Linnaeus’ classification of plants from Latin into English, then at the age of 57 published a long poem called ‘The Loves of the Plants’. Influenced by the Roman poet Ovid, it was an entertaining description of the means of reproduction of a wide variety of plants. The poem was a roaring success, making Darwin the most popular poet in England for a time and having a profound influence on the poets of the next generation, including Wordsworth, Coleridge, Shelley, Keats and Blake.

Copious prose notes doubled the length of the book. They mixed scientific explanations with praise of the early days of the French Revolution and the thought that the navies of the world could be best employed sailing icebergs from the polar regions to the equator in order to improve the climate of the whole planet. He also foresaw a future when powered vehicles would take to the air and, in time of war, be used to fight with.

Darwin followed this success with several more books, including the 2000-page Zoonomia, cataloguing all animal life, including humans, along with their diseases and treatments. It also included a detailed description of the evolution of life.

But the political tide was turning as the euphoria of the initial days of the French Revolution evaporated and the grim reality of war between England and France surfaced.

Many of Darwin’s friends were Dissenters—descendants of Oliver Cromwell’s armies and not prepared to embrace the Church of England, where the hierarchy of the bishops smacked too much of Catholicism. Dissenters did not enjoy full citizenship, being excluded from public office and teaching; nor were they allowed to attend either of England’s universities, although they had the choice of five in Scotland and more in Europe.

Darwin’s espousal of evolution was seen as an attack on the church and state. In an effort to undermine his standing, George Canning, who went on to be Prime Minister, organised a satirical poem, ‘The Loves of the Triangles’, to be published in the Anti-Jacobin press, including notes mocking the idea that humans were descended from lower forms of life. Darwin’s reputation went into decline. Today, it has been eclipsed by his grandson Charles, whom we remember as the author of the theory of evolution.

Once praised by Coleridge as possessing “perhaps a greater range of knowledge than any other man in Europe”, Erasmus Darwin left his mark on language, too. He introduced dozens of words into English through his writing, such as convoluted, frenzied, iridescent, scintillating and writhing. But not all caught on. The verb we use to describe water gas changing to liquid is ‘to condense’. Darwin’s word for condense was devaporate; a more precise term, but much like his reputation, largely forgotten by history.