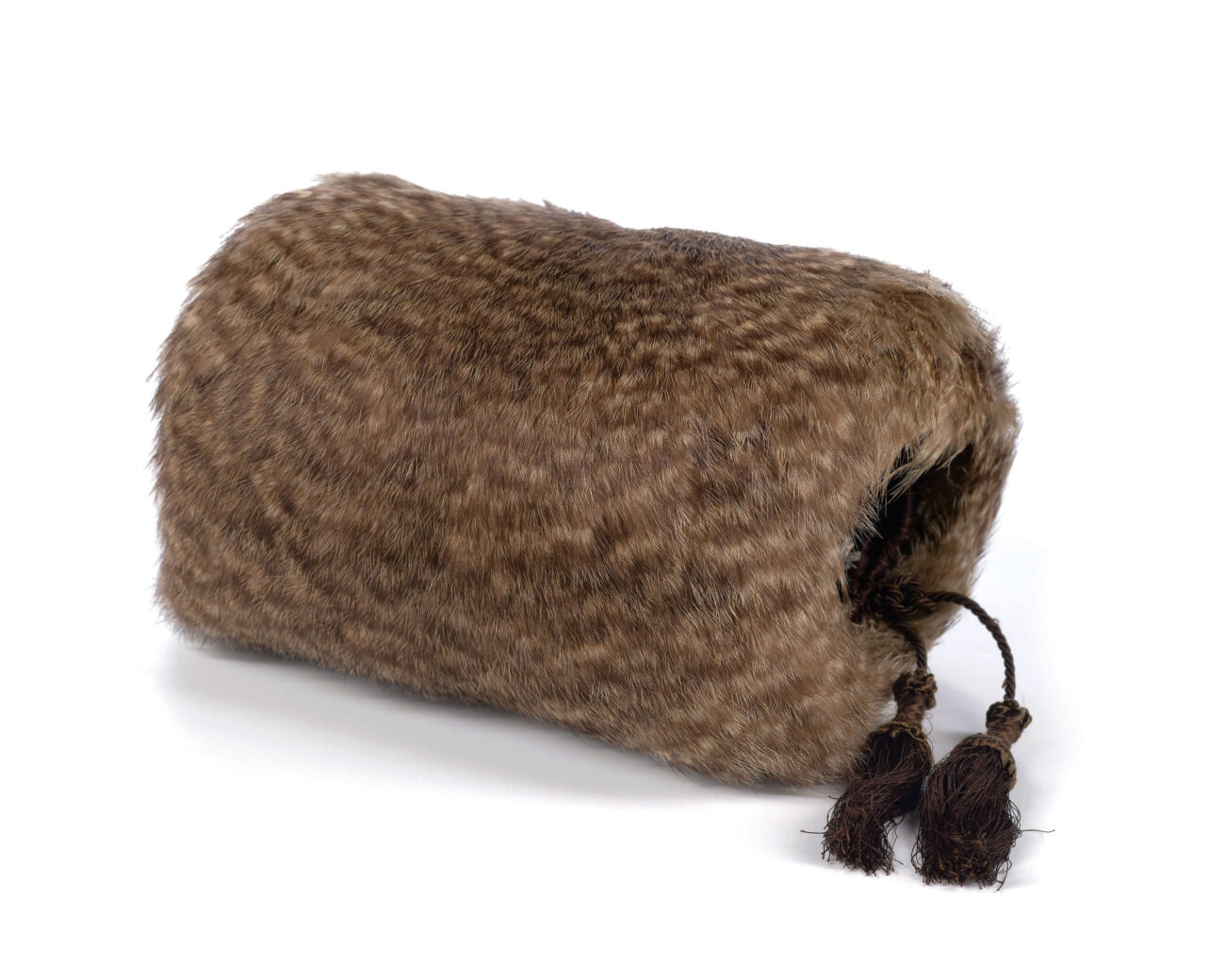 In 1871, the West Coast gold prospector and bird hunter William Docherty told Canterbury farmer Thomas Potts that he had killed more than 2000 kiwi that year alone. Docherty sold their feathered skins to a London garment agent to “furnish material for muffs for frivolous women”, as Potts later wrote, casualties of “that deformed thief, fashion”.

Feathermania was an international phenomenon. In the second half of the 19th century, feathers were an essential fashion item in the United States, Europe and across the British Empire, adorning men’s military and ceremonial uniforms and women’s hats. Plumes covered capes, cuffs, collarettes and tippets (a kind of narrow scarf worn over the shoulders) as well as hand-warming muffs like this one. “A well-dressed woman nowadays is as fluffy as a downy bird fresh from the nest,” wrote one American journalist in 1891.

British and American auction houses cleared millions of feathered specimens every year, and in 1880, a London dealer warned New Zealand ornithologist Walter Buller that he would accept no more New Zealand birds because he still had 385 kākāpō and 90 little spotted kiwi in stock.

“I began to find more and more references to the number of skins being sent abroad, and it horrified me,” says Claire Regnault, a senior curator at Te Papa Tongarewa and the author of Dressed: Fashionable Dress in Aotearoa New Zealand 1840 to 1910.

Albatrosses, seagulls, gannets, shags, penguins and kiwi were killed in their thousands. By 1873, there were even local feather furriers: taxidermists who would turn animal into outfit, returning the carcass to be “sent home for the table”. The most famous, says Regnault, were Elizabeth and Hector Liardet, a husband and wife who, according to their newspaper advertisements, offered a “varied assortment of Muffs, Tippets, Cuffs, Ladies’ Headdresses &c, made from the numberless varieties of New Zealand sea and land birds” from their Wellington boutique. Two of the Liardets’ muffs were sent as gifts to Queen Victoria and one of her daughters: one made from a pūtangitangi/paradise shelduck and the other from a snowy-white albatross.

This little spotted kiwi muff was given to Te Papa by the daughter of James Hector, a director of the Colonial Museum. It may have been made by the Liardets; Hector had invited them to participate in an exhibition in 1876. Or it may have had a different provenance. In 1872, Hector sent five kiwi skins to Auckland to another taxidermist, Jane Yandle, asking her to make a tippet and a muff, possibly this one.

Protesters of the time aimed to protect birds by making feathers unfashionable. In Britain, societies were formed to end “murderous millinery”. Potts, the Canterbury farmer, lobbied for change in New Zealand from the early 1870s. But it wasn’t until 1906 that kiwi were fully protected—by which time feathers were no longer in vogue.

“When I show people these objects, they’re very taken with them,” says Regnault. “They are beautiful. But when they realise what they are made from, they’re repulsed.

“The reality is, all of this looks better on birds.”