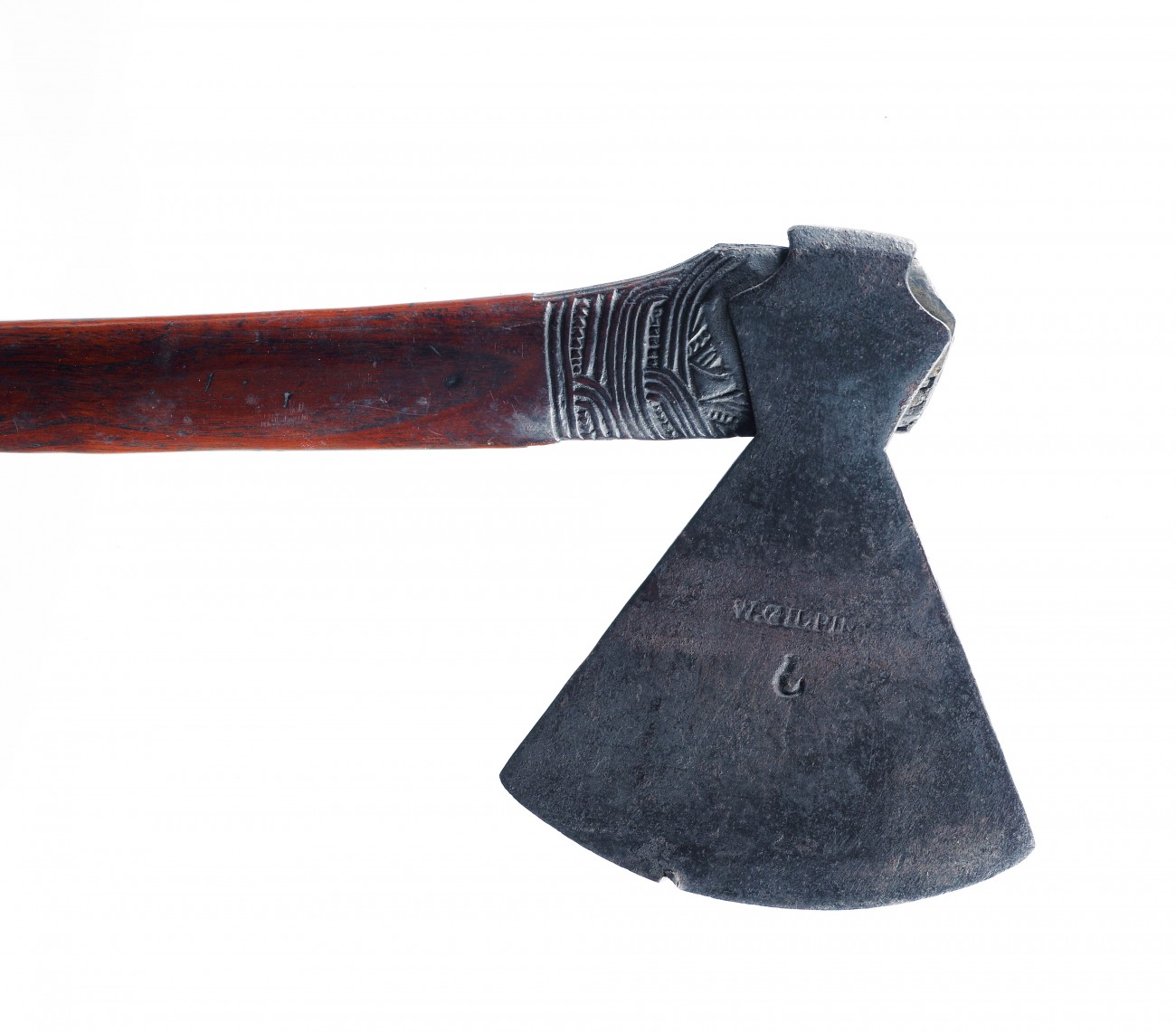 This is a story of cross-cultural collaboration, of industrial design and materials technology that were combined to devastating effect.

Iron, in one form or another, had been used in tools and weapons in the East and Europe for thousands of years, but it was brought to the attention of Maori only with the arrival of European ships. Iron nails made effective chisels they were hard, malleable when heated, and held an edge when sharp­ened without shattering. Metal tools added new detail and cleaner lines to carved works, but revolutionised martial arts too.

Axe heads, forged in England for cutting roof shingles, were brought to New Zealand for their obvious utility for pastoralists felling forests with brutal efficiency but were also a popular currency to use when trading, says Te Papa’s curator taonga tuturu, Dougal Austin. “Missionaries handed them out expecting they’d be used for peaceful pursuits, but Maori preferred to cut timber with an adze,” he says.

Instead, they found another purpose for the trade axes. The heads were ground down so they were substantially lighter, and fixed on slender hardwood handles usually mahoe, manuka or kanuka to make effective weapons that had no precedent in the Maori martial arts, mau rakau.

Short hardwood handles were affixed to make patiti, for use in one hand, and handles more than a metre long would wield the toki kakauroa (long-handled axe) designed to give warriors the reach to combat British troops with fixed bayonets on their muskets. It was, says Austin, a “post-contact adaptation to warfare”. Some of the traditional movements associated with the taiaha may even have been employed with this formidable new weapon.

One very early example of toki kakauroa held by Te Papa features two sections of elegant carving on the 1.2-metre handle. Haehae grooves and pakati notches dress the intersection of the head and handle, resem­bling the flax lashings that fasten an adze in the same position. Further down the long handle, a Janus head two faces, looking in opposite directions provided the warrior with spiritual protection, presumably against those with fixed bayonets and red coats in particular.