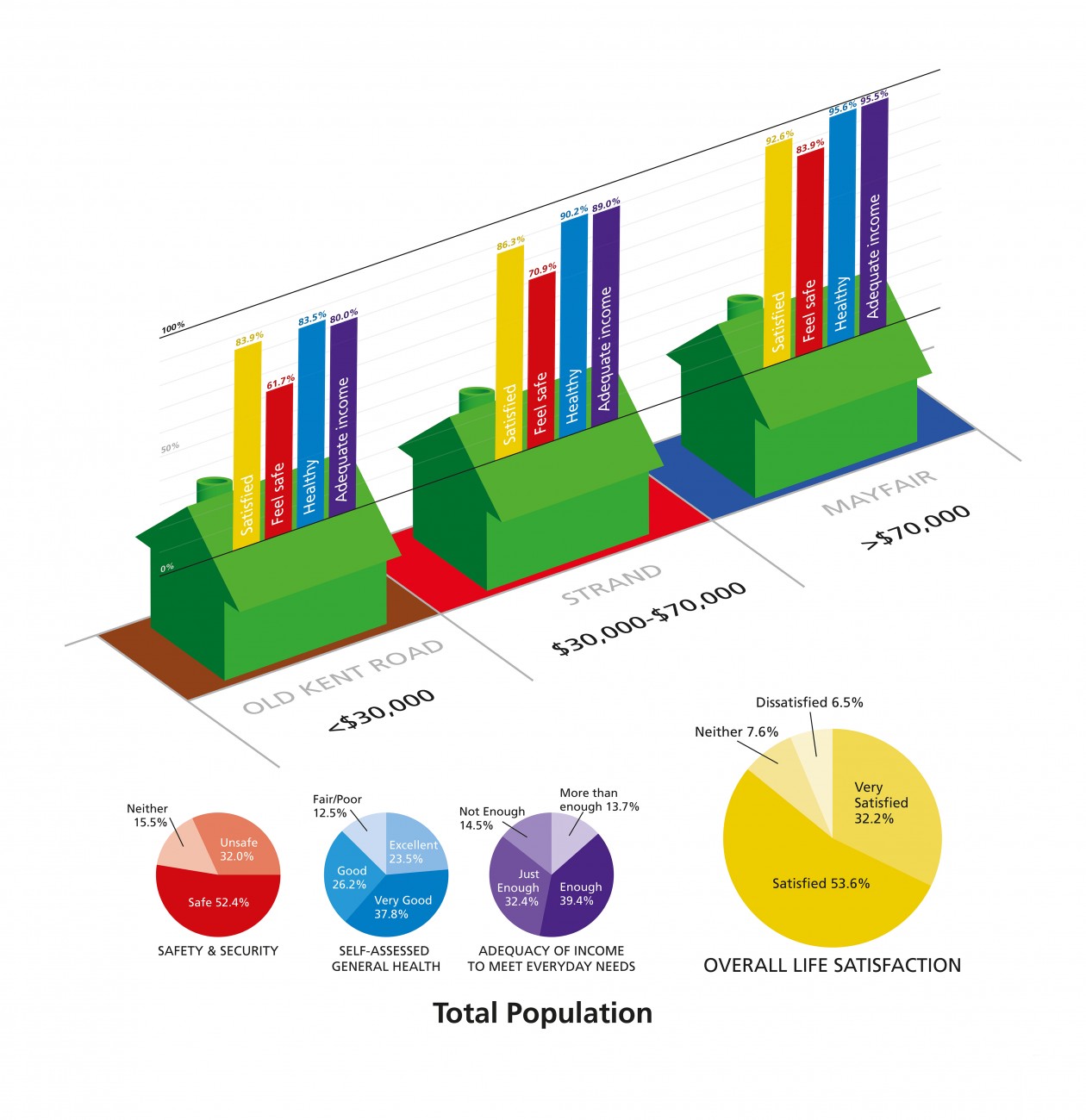 One third of New Zealanders feel unsafe in their neighbourhoods. In the poorer households, one quarter report their health as only fair or substandard—this is almost three times higher than for the well-heeled, according to Statistics New Zealand’s Social Survey. About one in seven New Zealanders feel that their income is not adequate to meet their daily needs.

Almost all measures of well-being, health, safety and overall life satisfac­tion appear to improve with income, raising concerns about the growing gap between rich and poor in New Zealand.

However the link between life sat­isfaction and income is “greatly exag­gerated and mostly an illusion” accord­ing to Princeton University research­ers. “Despite the weak relationship between income and global life sat­isfaction or experienced happiness, many people are highly motivated to increase their income,” researchers wrote. “In some cases, this focusing illusion may lead to a misallocation of time, from accepting lengthy com­mutes (which are among the worst moments of the day) to sacrificing time spent socialising (which are among the best moments of the day).”