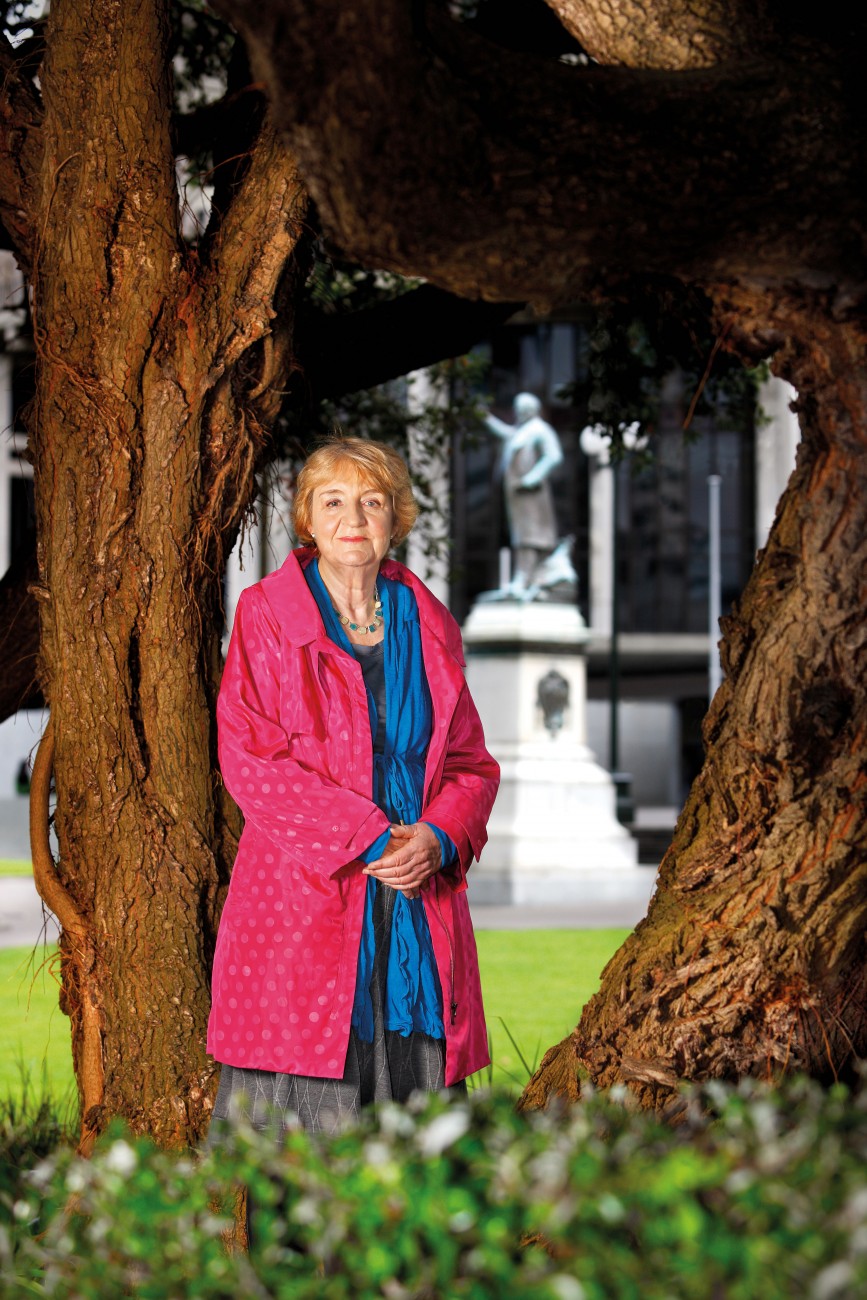 Who speaks for the trees? If you’ve read Dr Seuss (or watched the movie), you know the answer to this question: the Lorax.

In New Zealand, we have an institutional Lorax in the form of the Parliamentary Commissioner for the Environment (PCE), an independent officer of Parliament whose overarching function, as spelled out in the Environment Act 1986, is “maintaining and improving the quality of the environment”. It is the PCE’s job to stand up to “Once-lerism”— Seuss’s term for the once-only exploitation of resources that disregards the ever-after environmental consequences.

The current incarnation of the Lorax is Dr Jan Wright, who is one year into her second five-year term as commissioner. So far, she has spoken not only for the trees, but for rivers, the climate and, most recently, endangered long-finned eels.

Wright has degrees from Canterbury, Berkeley and Harvard and a background in physics, energy, economics and public policy. Her native love of the outdoors grew from university tramping trips to Arthur’s Pass. She credits her involvement in public service to her mother’s influence. “I grew up with stories of Mabel Howard waving her bloomers in Parliament,” she told me at her offices in the Reserve Bank building, just across the road from the Beehive. “I’m sure my mother used to keep part of the housekeeping money for giving to charity. The idea of making a differ­ence was ingrained.”

During her tenure as commissioner, Wright has been hawk-eyed over government attempts to weaken environmental protec­tions. In 2012, she spoke out against a change to the Crown Minerals Act that proposed giving the Minister of Energy and Resources equal say with the Minister of Conservation in deciding whether to grant access to conser­vation land for mining activities.

“This change would undermine the role of the Minister of Conservation as the guardian of the conservation estate,” she wrote in a submission to Parliament. “It cuts across the fundamental separation of functions and powers.”

Parliament dismissed the PCE’s objec­tion, and the joint decision-making provision is now the law of the land. Wright is disap­pointed. “It’s a change that really matters,” she said. But perhaps because it didn’t involve “images of the Coromandel being dug up”, it didn’t spark public anger.

This year, in a submission on proposed amendments to the Resource Management Act (RMA), Wright has made another blunt statement about the erosion of environ­mental safeguards. Seemingly anodyne changes that call for “balance” between economic and environmental objectives are, in the PCE’s view, a Trojan horse. “Balance of the kind where environmental and economic concerns are given equal weight does not belong inside the RMA,” she wrote.

“The RMA itself provides the balance to the economic imperatives of the marketplace. It is not, and should not become, an economic development act.”

Wright’s submission identified several areas of concern. Some involved subtle changes of wording that replace clear obligations with vague guidelines. For example, the act as its stands requires that public access to coasts and waterways be “maintained and enhanced”. The new wording merely says it ought to be “valued”—a concept open to interpretation. Elsewhere in the reforms, bedrock principles such as “ethic of stewardship”, “intrinsic value of ecosystems” and “maintenance and enhancement of amenity values” have been removed outright.

The most dangerous change, to the PCE’s mind, is the insertion of two socioeconomic priorities into the act: the provision of land for urban expansion and the provision of infrastructure. In cases where economic benefits and environmental costs are finely balanced, the presence of these objectives in the act would amount to an economic thumb on the scales. “The purpose of the act is being distorted,” says Wright.

The same strain of expediency showed up in 2011 in a bill governing the use of the Exclusive Economic Zone and the continental shelf. Wright opposed it there, too.

“We were very worried about the EEZ bill,” she told me. “There was a clause that said that if the economic benefit outweighed the environmental downside, then go ahead and give consent. The way it was written, the economy trumped everything else.”

In her submission, Wright argued that the granting of consents to exploit resources and profit from royalties in the marine environ­ment should be conditional on environmental protection, not a trade-off between a certain amount of economic gain and a concomitant measure of environmental pain. Parliament accepted her argument, and the offending phrase was removed.

Will her concerns over the RMA be heeded? Time will tell, but political pressure to tilt the legisla­tive playing field in favour of economic outcomes is intense. Wright worries that the public may overestimate her power to oppose such change: “People who are aware of my role say they’re very glad someone is doing that job. But perhaps they’re also thinking, ‘You’re in that role, so it’s all going to get fixed. I can relax.’ That just isn’t true at all. Sometimes things we do bring change, but it is a position of persuasion. Sometimes we succeed, sometimes not.”

Wright is a pragmatist and understands the political climate. But that doesn’t mean the country can turn a blind eye to inconven­ient environmental truths. “Fundamentally, we humans have overrun the Earth,” she said. “We’ve outgrown our Petri dish. By our sheer numbers and appetites, we are having a dire effect on the planet. And that’s a reality we all have to deal with.”