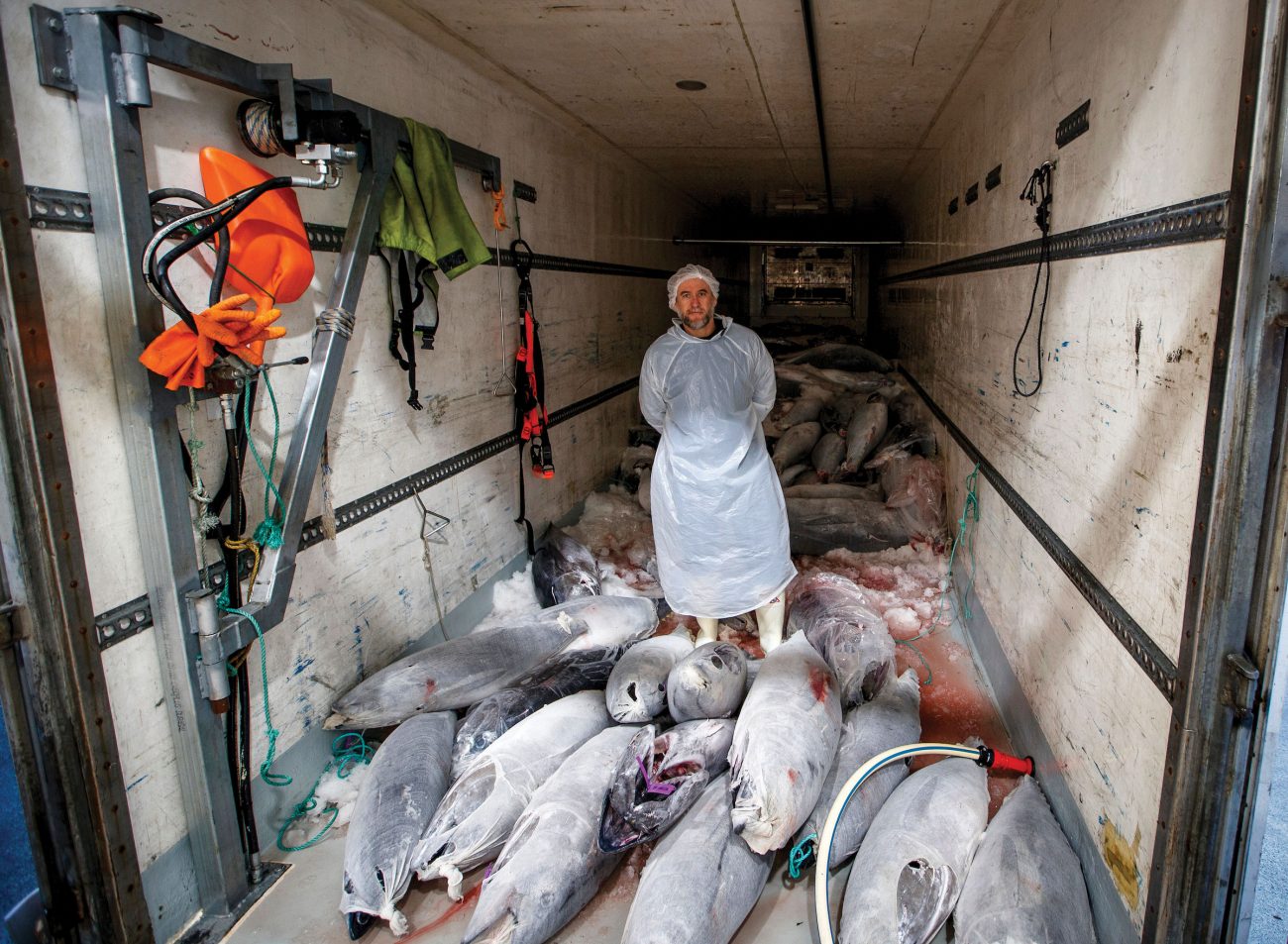 Seven years ago, photojournalist Richard Robinson resigned from his day job at the New Zealand Herald to become a freelance photographer. At home, he stuck a note to his wall: Tuna. He’s been chasing the story ever since.

Robinson’s specialty is the underwater realm, but tuna posed a unique challenge. It took a year to negotiate his first trip on a New Zealand tuna vessel to document the fishery.

“Essentially I was on call all summer trying to get on a boat,” he says. Finally, he joined a Sanford skipjack tuna crew.

Later, in Australia, he got in the water with a school of juvenile tuna. “The ones in Australia aren’t adults, but they’re still bloody big fish. You could kind of feel the centrifugal force of them swimming around.”

Four days on a bluefin tuna vessel sailing out of Westport was like no other fishery he’d visited before—and Robinson has documented fishers all around New Zealand, most recently for this magazine’s 2019 story on the quota management system.

“How hard those guys work on that bluefin boat—I’ve never seen anything like it. I think that was one thing that really stood out. It’s such a physical job. These guys just don’t sleep.”

Not only that, but each fish landed was an individual battle. “When they’re catching the big ones on the long line—they are ginormous. These fish are just dwarfing these guys. It’s totally different to other fishing—there’s a real element of beauty in how they were treated, how they were wrapping them up in the muslin cloth, how they’re stacking them in the freezers and repacking them the next day as well, in the best condition they could keep them.

“They do care. In a really different way to me, they do really care.”

The fishery’s fortunes have changed over the years he’s spent on the story. “What’s really remarkable about how long it’s taken is—seven years ago, they were in a pretty bad state, particularly the bluefin, and it’s one of those stories where, over time, you can be cautiously optimistic.”

How often has he photographed a species whose fate has improved while he’s been documenting it? He laughs. “Never.”