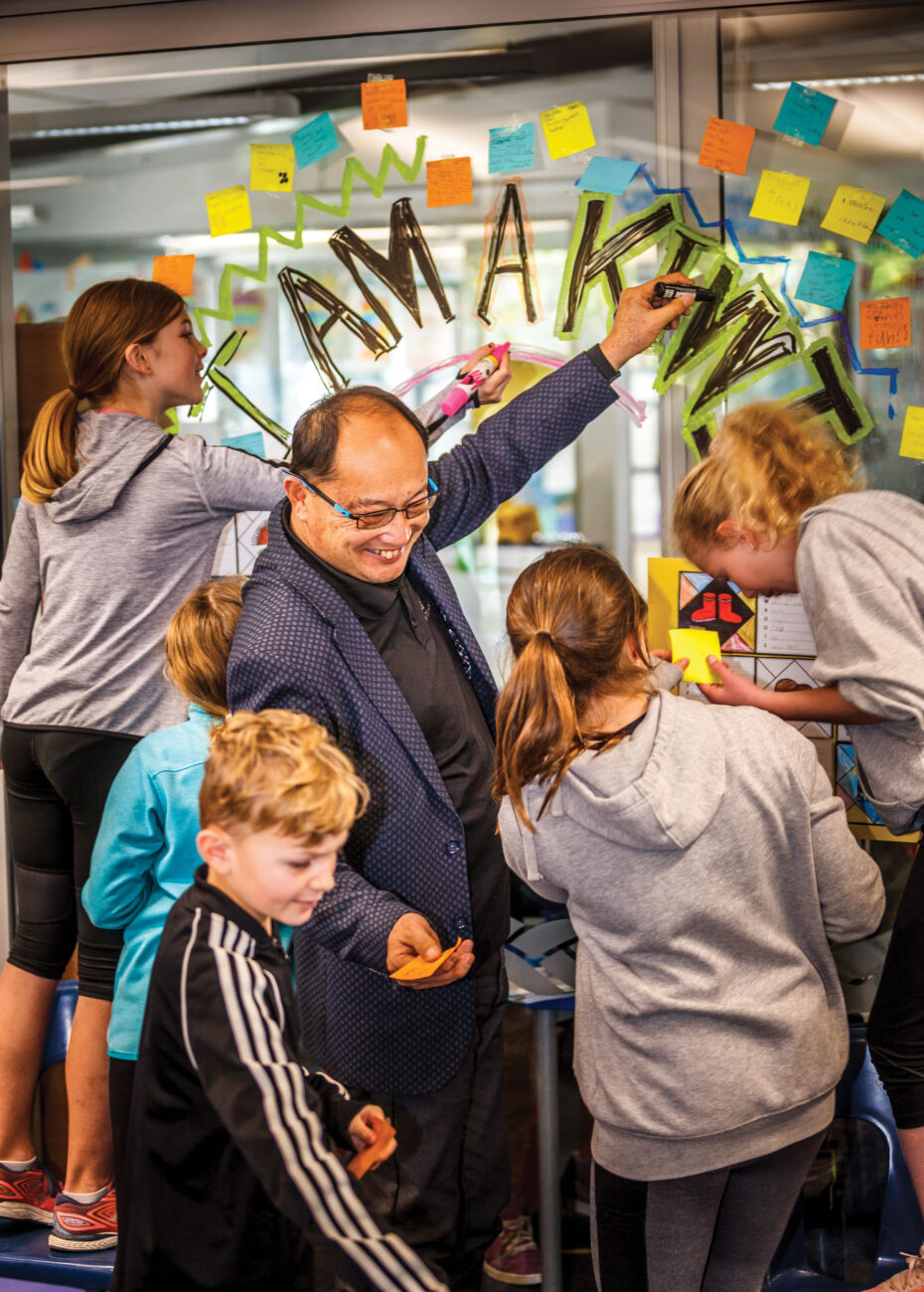 Meng Foon didn’t properly register that he was Chinese until he was eight years old. When children at his tiny Mākaraka primary school, west of Gisborne, started chanting, “Ching chong Chinaman”, Foon joined in, not realising it was directed at him and his brother. “That’s when Dad gave us a bit of whakapapa regarding who we are, why we’re here and what we came here for.”

Perhaps the other children thought it was just a harmless rhyme. But, a year into his new role as New Zealand’s Race Relations Commissioner, one of Foon’s primary messages has been that racism isn’t a joking matter.

Foon took up the job in the aftermath of the Christchurch mosque massacres. Not long after, there were Māori land protests at Ihumātao and divisive commemorations of the 250th anniversary of Captain James Cook’s arrival in New Zealand.

He says he receives a steady flow of reports of unconcealed racism, and sees less-explicit elements everywhere. “It’s subtle—in policy, employment and promotion processes, police reaction—and we have to solve the structural discrimination.”

Does he find the challenge of building harmonious race relations daunting? Foon says he wants to embolden more people to feel that it’s okay to call out antisocial and racist behaviour—without being unkind. As he watched racism against people of Asian backgrounds spike after New Zealand’s first COVID-19 lockdown, he wrote to all schools as students were returning to class to remind them that “racism is no joke”.

Foon’s own experiences growing up in a migrant family give him a realistic sense of hope.

His father’s family fled China to Hong Kong during the Japanese invasion. One of his aunts arrived in Gisborne in 1930—drawn by stories about Chinese gold miners who had described New Zealand as xin gam saan, the new golden mountain.

His father followed in 1947 and soon set up a cooperative market garden with other family members and Chinese families in Matawhero, inland from Gisborne. He took the anglicised name “George”. A decade later, he had saved enough money to buy land, but had to pay above market value to get it. “The pākehā neighbours were saying, ‘Don’t you sell to those Chinamen’,” Foon recalls the family story. “But Mr Cameron said, ‘This is the money that George is giving. If you can give the same, I’ll sell it to you’. No one else came up with the same—which is how things were.”

Foon’s childhood languages were his father’s Seyip and his mother’s Cantonese. From the age of seven, he worked in his parents’ vege shop at Mākaraka, standing on a box to reach the buttons on the till. It became his kōhanga reo. “We were a very busy shop. I reckon Mum and Dad would have commanded 60 to 70 per cent of customers in the region. They came from the East Coast, northern and western areas. Our customers spoke Māori and we just mimicked them in the beginning and then found out what the words meant.”

He still remembers eating his first baked beans and spaghetti on toast at a friend’s home. At school, he’d swap his lunch—roasted chicken thigh in soy sauce—for “sandwiches with jam or soggy lettuce and tomatoes”.

It was in the family shop that he also learned two other concepts he has relied on ever since: reciprocity and kindness. “My parents were both very generous. They really supported our customers, more particularly our Māori customers. If someone died, they’d deliver a truckload of vegetables and fruit to the marae. And when I went campaigning for council and mayor, people remembered that.”

Foon grew up to become a local politician, and spent 18 years serving as the mayor of Gisborne, famously as New Zealand’s only mayor fluent in te reo Māori. He is deeply respected in Te Tairāwhiti for the ease with which he brings cultures together, always kanohi kitea—meeting people face to face and participating in their lives, from weddings to tangihanga, from dog trials to marae fix-up working bees. “Back home they know I’m not Māori, but I have a heart for Māoridom. He ngākau Māori.”

Foon’s challenge now is to extend this to all cultures in New Zealand—and he faces it with the same cheerful, disarming openness. He says his school visits leave him inspired by how much schoolchildren grasp about the effects of discrimination and inequality. He welcomes plans to teach more New Zealand history, and he would like to see te reo Māori given the same priority. “Looking back, successive governments have missed the opportunity that we could all be learning both languages, English and Māori, at school, and learning about local history. The history of other places is very interesting, but it would have been more interesting if people could point at a mountain and know that it was the site of an important battle, and what happened there.”

Such solid grounding in local history and language would go some way towards accommodating New Zealand’s more than 200 ethnicities within the bicultural framework of the Treaty of Waitangi. “Ignorance breeds that unsurety of who are we—and arrogance creates difference.”

In the end, Foon says, what binds us together despite all the differences is that we live in one land.

“I always imagine what it would be like if we came to a Māori country. I want to be part of that.”