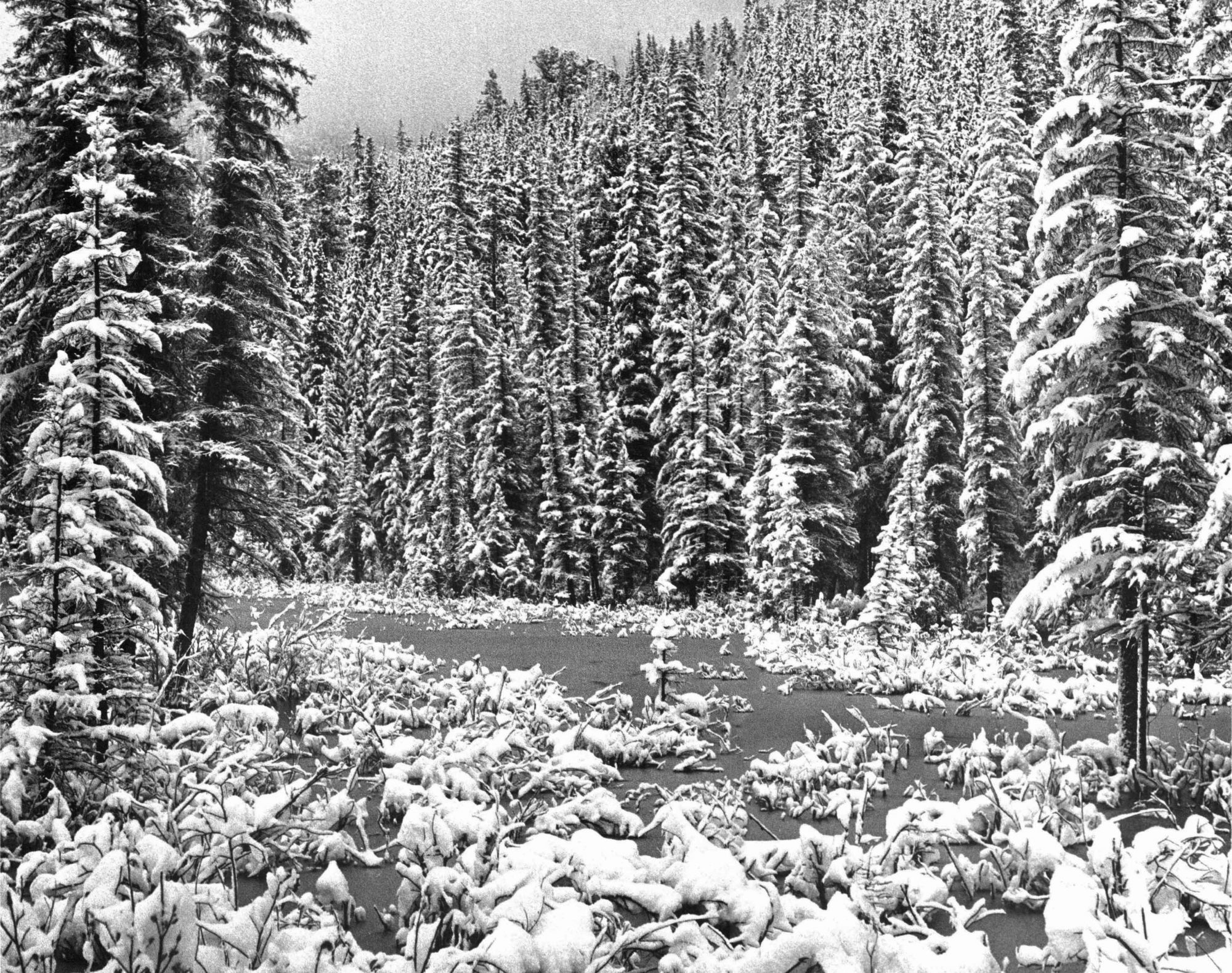 A folding brownie camera, resurrected from a musty cupboard in his 400-year­old farm house in Devon­shire, started John Johns on a pho­tographic journey that has taken him from the Himalayas to Hanmer, from the giant sequoias of northern Cali­fornia to the beech forests of South Westland. That childhood camera sparked in Johns a love for photogra­phy that is as strong today as when he first pressed the shutter.

Johns trained in forestry for four years in England and Wales before emigrating to New Zea­land in 1951 and joining the For­est Service. That same year he was appointed official photo­grapher for the Service, a posi­tion he held until his retirement in 1984.

From the start, Johns found that forestry and photography fitted naturally and compatibly into his life. “The feeling that forests are places of mystery and wonder was with me during my school years, when I would ven­ture into the dark woods near my home. I’ve never forgotten that sense of mystery, and I try to find it in every forest I visit.” Johns feels the same fascination for the processes of photogra­phy—from taking the picture through to printing the image. For him, forest and darkroom are similar environments—both totally absorbing.

“Ansel Adams was like this,” he says. “I would watch him go through the ritual of setting up the eight-by-ten camera. By the time he had the black cloth on and the lens cap off, he had completely tuned himself in to the subject. Not like the fast 35 mm cameras of today, where it’s up and bang!—another master­piece!”

Johns, a perfectionist by nature, found the discipline of processing and printing suited his tempera­ment. Turned down in his request that his employers provide a dark­room, Johns built his own, closing off the back porch of his Wellington home to create a space no larger than six feet by five. Within this sanctum his vision of the New Zealand forest found expression in the sumptuous details of texture and shadow that he laboured to preserve.

“When the prints start singing to you, you know you’re getting them right,” he says, repeating the advice Ansel Adams gave him. Johns twice attended Adams’ workshops at Yosemite National Park, and came to regard Adams as a mentor and friend.

For Johns, beautiful pictures were never the goal; he wanted to corn‑municate, and his message was con­servation. He never saw this to be at odds with his role as a forestry pho­tographer. “My job was to make for­estry—long-term, sustainable for­estry—digestible to the public. But I started photographing during an era when forestry in New Zealand was still strongly influenced by the ‘cut out and get out’ philosophy of the logging gangs. When I saw the dev‑astation of the West Coast forests it shook me to the core. I couldn’t un­derstand how civilised people could commit such a barbaric crime; how they could destroy such magnifi­cence.”

Johns believes Anglo Saxon atti­tudes are to blame. “In Europe, they understand long-term forestry. In Germany they manage oak on a 350-year cycle! The English never un­derstood this principle, and look what’s happened to their forest estate. Anglo Saxons have al­ways been poor on management, and big on exploitation.”

A book, Westland’s Wealth, portraying the beauty of un­spoiled forest next to the devas­tation caused by indiscriminate logging practices, was the result of Johns’ experiences on the West Coast. It was the first of several publications Johns pro­duced. Not all were to do with forests. One featured the wild animals of New Zealand; an­other covered photographic technique. All show Johns’ dedi­cation to technique and to his subject matter.

For the wild animals book, Johns undertook an army cam­ouflage course to teach him stalking techniques, and prac­tised on a herd of Hereford cat­tle before he felt ready to take on chamois and rusa deer.

A lifetime of contemplating forests has given John Johns a deep affinity for trees. He and his wife Bobbie live on the bushclad slopes of Stokes Val­ley, near Wellington. Behind their home is a woodlot (left) where seedling redwoods and cedars they planted 40 years ago have become stately giants.

Just up the road, a Buddhist monastery is being built, and johns is the “official” photogra­pher. Somehow, the difference be­tween photographing their shrines of silence and the forests of Aotearoa doesn’t seem very great. 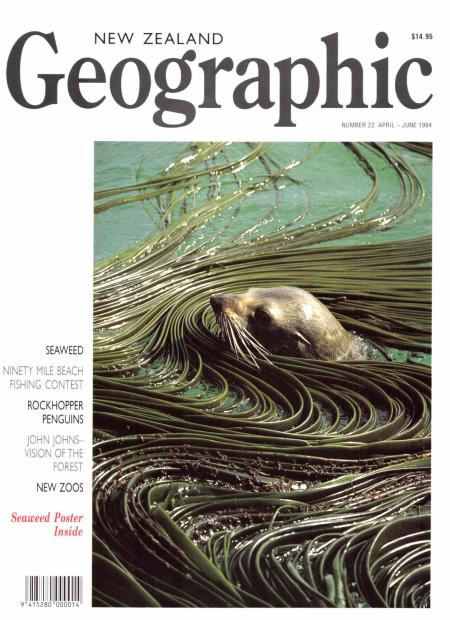 The Height Of Dedication

Forest succession through gorse and kanuka