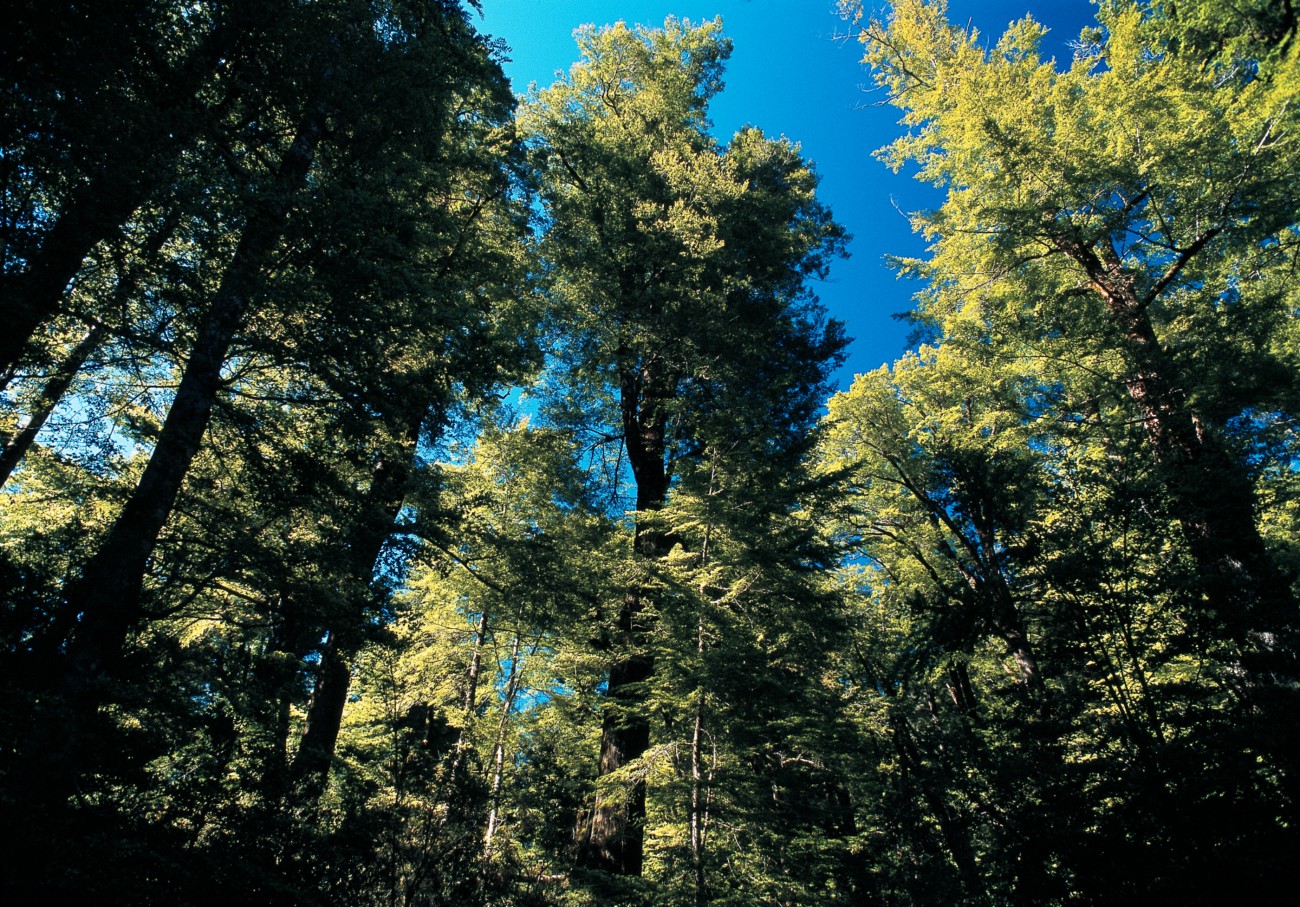 In Issue 76 of New Zealand Geo­graphic (November–December 2005), Editorial, Viewpoint and two news stories touched upon the interesting question of how impor­tant it is to protect New Zealand’s distinctive flora and fauna. In Edito­rial, Warren Judd expressed the view that the distinction between native and exotic might become blurred over time, and that in the context of geological time it can be virtu­ally meaningless. In Viewpoint, Jim Douglas elaborated on the fact that the New Zealand economy is largely dependent on introduced plants, and was critical of the likely effects of restricting the entry of new plants into New Zealand under the Hazard­ous Substances and New Organisms (HSNO) Act, which became law in 1998.He went on to say that “the HSNO Act is being used as a bar­rier to slow down the importation of exotic species so as to maintain the sanctity of our native flora. But today the flora of developed New Zealand is a cosmopolitan mixture of exotics and natives, and we need to recognise that fact in our laws and regulations.”

We would like to offer another perspective on the state, value and perceptions of New Zealand native plants. We do so because New Zealand is now regarded as a global centre of plant diversity (largely because of its high proportion of en­demic plant species, and the fact that these have evolved in conjunction with a largely mammal-free fauna dominated by birds) and one of the world’s biodiversity hotspots (that is, it is recognised by the international community as being in much need of improved conservation).

There are 2359 indigenous vas­cular-plant species in New Zealand. Of these, 82 per cent are endemic! Indeed, there is one endemic plant family (the Ixerbaceae) along with 65 endemic genera, many of which comprise few species. Most are monotypic, meaning they comprise just a single species, e.g., Alepis, Embergeria, Ixerba, Trilepidea, though a few like Raoulia are species rich. Hebe, with a single endemic outlier on Rapa Nui (Easter Island) and sharing two species with South America and the Falklands Islands, is the largest genus of New Zealand indigenous vascular plants, followed by Brachyglottis and Carmichaelia.

As individual plant species have evolved, so they have come to form plant communities, or assemblages, with unique interactions, structures and ecological systems, and support­ing unique arrays of native fauna. We should think of native plants therefore not just as so many species to be counted, but also as compo­nents of dynamic communities.

Talking about exotic plant species in purely numerical terms is to play down their economic and environ­mental impacts. The cost to the nation of controlling and managing pest plants was estimated in 2002 to be about $60 million a year, plus a further $40 million a year in lost production. Whether 0.5 per cent or, as is closer to the truth, 2 per cent of plant introductions become pests is irrelevant. What counts is how much these pests cost the New Zealand economy and environment, and how easy it is to stop them at the border compared with spraying them with herbicide once they have become established.

Many exotic plants in New Zealand are invasive weeds, while some are nuisance species and even pose threats to human health. For example, the pollen of the ubiqui­tous silver birch is the prime culprit among those tree pollens that cause seasonal asthma and hay fever. It is a highly potent allergen, and those sensitised to it may also suffer food allergies. The incidence of aller­gies caused by silver-birch pollen is increasing in New Zealand. No one seems to have calculated the cost silver birch imposes in terms of trips to the chemist and days off work or school because of the damaging ef­fects of its pollen.

Humans have wreaked havoc on the biogeography of the world’s fauna and flora. They have mixed, shaken and destroyed the naturally occurring bio-communities. New Zealand was the last major landmass to be occupied by humans, and in a very short time much of its na­tive flora has been destroyed. The native-forest area has been reduced by about 65 per cent, and wetland areas by about 85 per cent. As if to add insult to injury, exotic plants have been introduced en masse. To quote from the 1997 Ministry for the Environment (MfE) report The State of New Zealand’s Environment: “Two thirds of our land is now a biodiver­sity desert in which 1,000 known taxa of plants, animals and fungi are struggling to survive.” Furthermore, “most of the New Zealand landscape is now ecologically hostile to many native species”. More than 99.5 per cent of the native flora of the Can­terbury Plains has been destroyed, and, according to one survey, less than 0.35 per cent of roadside verges support native plants.

As many as 129 vascular-plant taxa are regarded as acutely threat­ened and five have become extinct. That is 5.5 per cent of the total vascular flora of New Zealand. That native plants are undergoing a serious decline can be attributed to many factors, including destruc­tion of habitats as a result of housing sub-division or other developments, introduction of exotic plants and animals, and over-harvesting (such as the logging of rimu).

This is not a heritage to be proud of. Indeed, New Zealanders should be ashamed of what has happened to their country’s native flora. In the 1980s, New Zealand had the cour­age to undertake major economic, social and cultural reforms. Why shouldn’t environmental reform be next? We should apologise to nature and try to make amends.

Yes, New Zealand’s economy is largely dependent on exotic plant species. Its agriculture is based on stunning developments in plant breeding, but that is no reason to grow monocultures that are clean and green without a native plant to be seen. Even kiwifruit vines have now become a nuisance in some parts of the country and are naturalising in native forest. By way of contrast, European agricultural landscapes are interlaced with native hedgerows and woodlands. The monetary value of these last refuges for wildlife in a sea of agriculture is well recognised, and governments provide financial incentives for re­storing native flora.

In New Zealand we can and should value both the exotic species important to our agricultural econo­my and our native flora. That is one of the reasons why the parliamentary commissioner published the 2002 report Weaving Resilience Into Our Working Lands: Recommendations for future roles of native plants.

The same way of thinking lies behind the Greenway Canterbury concept, intended to encourage and help resource the use of native plants and native plant communities in a working landscape. Native plants and their communities can add value to agriculture and may soon feature prominently in it. Indeed, greenways that include ecological connectivity—that is, patches of native plants connected by corridors of the same—are a prerequisite for the recovery of native species and for landscape processes such as the dynamics within watersheds.

Relevant to this is the Global Strategy for Plant Conservation, of which New Zealand, as a party to the Convention on Biological Diver­sity (developed by the United Na­tions Environment Programme and adopted at the so-called Rio Earth Summit in 1992), is a signatory. The strategy sets 16 targets to be reached by 2010. Target number six reads: “At least 30 per cent of production lands managed consistent with the conservation of plant diversity.” We have just four years to reach this target.

According to a recently released report from MfE, New Zealand’s clean, green image is worth hun­dreds of millions, possibly billions, of dollars, adding value to dairy and organic produce and tourism. We al­ready use native plants to brand our companies (the koru), to mark our sports teams’ jerseys (the silver fern) and to make award-winning New Zealand gardens at overseas flower shows. Greater use of native plants could add yet more value to tour­ism. Some tourists love the colour of roadside exotics such as lupins, but that is no excuse for keeping them. Similarly, the fact that some native birds make use of exotic plants is not an excuse for continuing to encour­age the latter. Tourism New Zealand uses the Chelsea Flower Show to promote New Zealand in the UK as a green, wild place filled with ex­traordinary plants, and yet we fill the New Zealand landscape with wil­lows, lupins and gorse. Why would anyone come all this way from the other side of the world to see plants they can see at home? By way of contrast, imagine what greenways of native flora across the Canterbury Plains could do for tourism? Imagine what an ecological and biogeo­graphical approach to urban centres could do for tourism. Come to New Zealand to see the beauty of its na­tive flora! The tourism industry, both in the main centres and as a whole, grossly underestimates the potential value of such an approach.

New Zealand’s native flora may constitute only a small fraction of the entire world’s seed-bearing species but that is no reason to ignore it. Indeed, there is a rapidly growing in­terest in it around the globe, and an acknowledgement that it may offer commercial benefits. Testimony to the huge interest in conserving and restoring it is the popularity of the web site of the New Zealand Plant Conservation Network (www.nzpcn.org.nz). Established in mid-2003, it now receives over 350,000 visitors a year. That’s more than 1000 people every day seeking information about native plant life.

New Zealand native plants are not just about cabbage trees, flax and kowhai. The Isaac Centre for Nature Conservation’s annual top 10 native-plant survey, which has attracted considerable interest from within the country and abroad, has revealed a growing recognition of the diver­sity of the country’s native flora. Those old plant icons so beloved of industry may be out of date. The fact that among the top 10 native plants in 2005, for example, are the likes of nau, or Cook’s scurvy grass, (no. 1), raupo-taranga, or Poor Knights Lily, (no. 3) and kopakopa, or Chatham Island forget-me-knot, (no. 8), would seem to suggest as much.

Much of this debate revolves around values. Do we love our native plants and plant communi­ties and the character of our indig­enous landscape enough to want to conserve and protect them and to defend them against introduced spe­cies? It is up to those who influence how the landscape evolves through planting and re-vegetation—commu­nities, landowners and councils—to answer this question over the com­ing years.

We believe that New Zealand’s native flora contributes to the national economy and that its total value in terms of benefits to agriculture, hor­ticulture, viticulture and tourism has yet to be calculated. It is impossible to recreate the plant communities that have been destroyed, but much can be done to create something like them. Indeed, we believe that New Zealanders need to think very seriously about the role of native plants and native plant communities in what, as regards land use and envi­ronmental conditions, is an uncertain future. The country’s economy could depend on it. Meanwhile, let us give thanks for the HSNO Act.