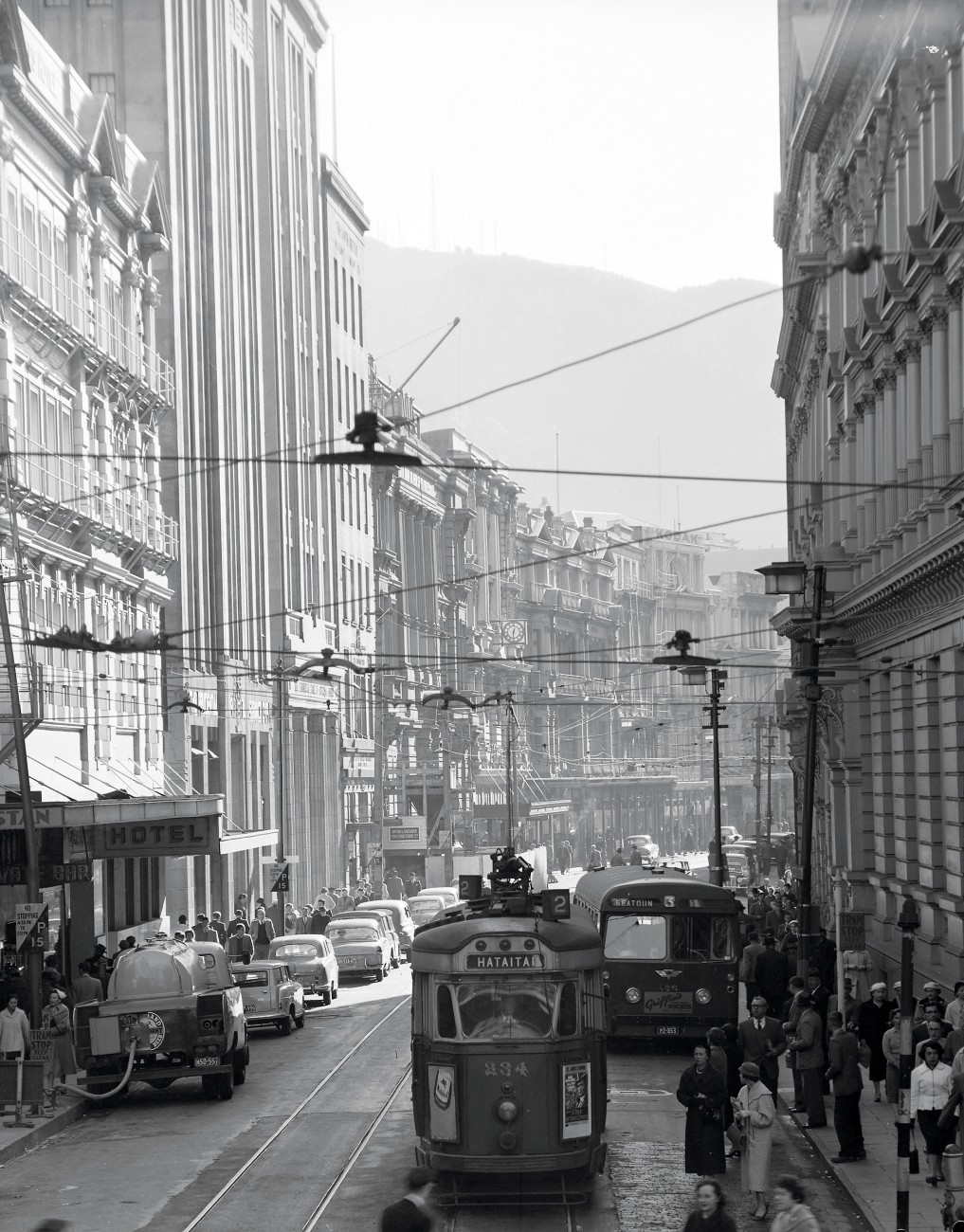 Just two years after the last shots of World War II were fired, Wellingtonian John Cox painted a grim picture of his city’s future. Rotten to the core, and swollen to a population of 10 million, Wellington would push inexorably into its hinterland, blighting the countryside for a distance of 80 kilometres with urban sprawl.

Cox, who headed the Ministry of Works’ newly formed planning division, was also the first president of Wellington’s Architectural Centre—a loose association of architects, architecture students and idealists dedicated to furthering their vision of the modern city. His bleak prophecy prefaced one of the centre’s boldest projects, Te Aro Replanned. Te Aro, in the central city, was then a suburb in decay, its slums home to prostitution, drugs and paralysing destitution. The project attempted to fix the malaise by recasting port land as parks and promenades overlooked by hotels, and by realigning roads, creating traffic-free precincts and rebuilding almost the entire area in functional urban zones.

This startling vision of what a New Zealand city could look like was a sensation—20,000 people attended an exhibition of the proposal, which then toured the North Island, and its ideas were widely discussed in magazines and newspapers.

The centre did many other things besides replanning Te Aro—it opened a gallery, built a demonstration house in Karori that embodied modern design principles, and embarked on educational programmes. But, unlike Auckland’s contemporary Architectural Group, which focused on developing a vernacular style of domestic architecture, planning was at the core of Wellington’s Architectural Centre.

“Planning was the battle-cry, the code name for the vital process that would make possible and indeed inevitable the world we intended to make,” wrote architect Allan Wild.

The exhibitions Living in Cities (1954) and Homes Without Sprawl (1957) pushed their advocacy further, promoting high-density, inner-city living, along with low-rise terrace houses and other forms of dwelling.

The centre’s manifesto is worth reading. “Architecture must be better than what it replaces (Fresh air is better than some buildings),” it declared. “Architecture relies on intelligent government (Mindless bureaucracy will only create mindless architecture)”, and “Urban Environments must be planned (but not only by planners).

Vertical Living: The Architectural Centre and the Remaking of Wellington, by Julia Gatley and Paul Walker, does more than document the ideas and activities of the centre. It goes a long way to achieving their goal of “writing the city back into the history of architecture in New Zealand”.

Fittingly, it also reminds us that, in the authors’ words, “the city is an ongoing theatre of negotiation rather than a set of perfectible forms”