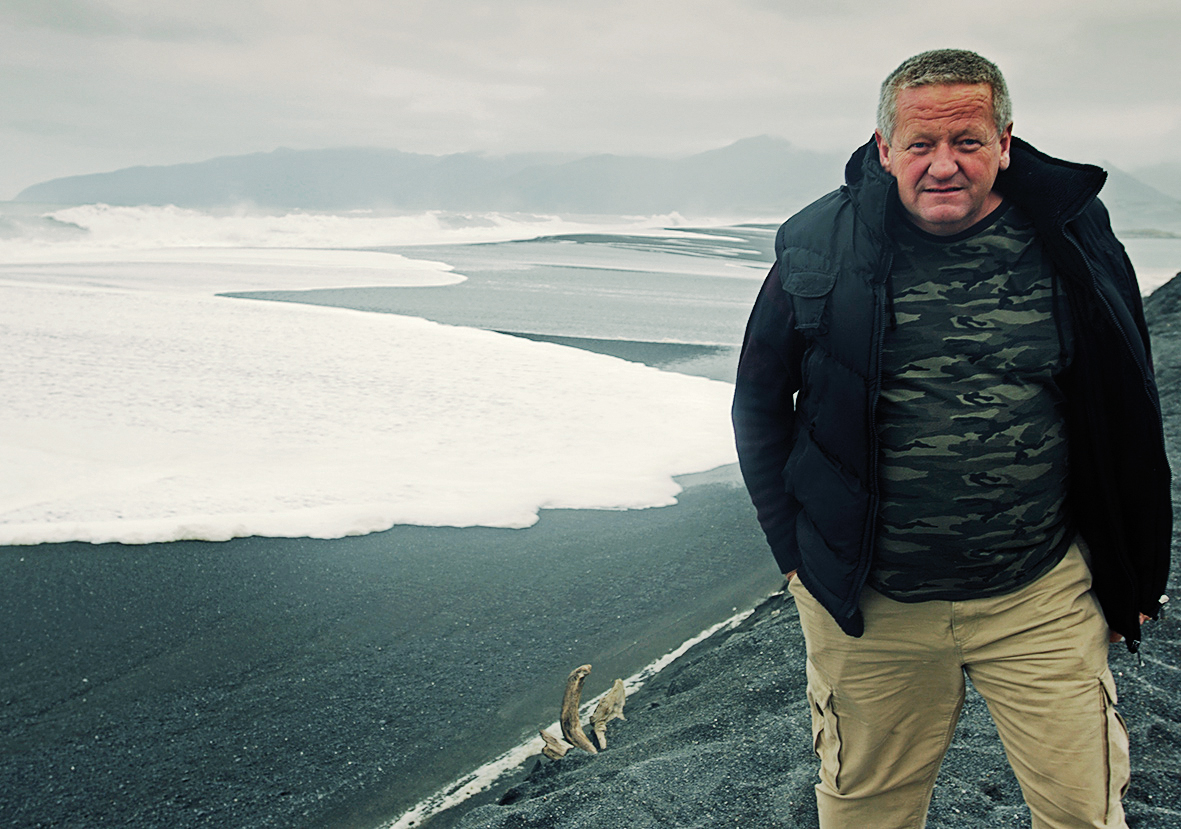 Mark Scott’S oe provided the first fuel for his love of writing. He found work painting Tower Bridge in London, then trained as a roof thatcher in Denmark. He travelled through Europe and on to Africa, sailed down the Nile, caught malaria in Sudan and ended up in Nairobi.

But it wasn’t until returning home that Scott discovered there was plenty to record in New Zealand. He worked at the New Zealand Herald, then as a freelance Pacific correspondent before moving into television (after a stint as a plumbing and roofing contractor). He reported current affairs for Holmes and Frontline, and ultimately went to the front line himself, as the first reporter into Bougainville during the civil war with Papua New Guinea.

“There was a press embargo on the island at the time,” he says, “and I had the pleasure of being the eyes and ears of the world. It was a real buzz.”

That same year, Scott wrote his first feature for New Zealand Geographic, and in sharp contrast to guerrilla warfare in the rainforest of Bougainville, it was with scientists in Antarctica. But news found him, and he ended up filming the environmental fallout of an oil spill.

Following a short career as a firefighter hauling bodies out of cars, he campaigned as a road safety policy advisor for nearly ten years before being lured back to television. The founding editor of New Zealand Geographic, Kennedy Warne, mounted an elaborate campaign to reel him back to writing, posting pens to the television station with a note, “Stop flipping burgers for television and come cook a seven-course meal for Geo again.”

It worked. In 2002, Scott was covering Sir Peter Blake’s voyage into the Amazon when news came knocking again, this time with the most dire results. Blake was shot and killed and members of his crew were injured. Scott’s notebook has a bullet hole clean through it—a sad reminder that some stories seem too large even for words.

Scott has now written many stories for New Zealand Geographic and in each his ambition has been the same. “There’s a great satisfac­tion in encountering a story, embedding your­self in a situation and really communicating that story from the heart,” he says. “That’s what people want most.”

In the end, it was in the tone of his first travel-diary entries that Scott found the mode he preferred—observational, curious, a way of connecting powerful stories with simple lines. “And you can’t always go in, notebook at the ready. In Tokelau, I found I had to take a nap then go catch a fish before I had any hope of capturing the spirit of the place.”

Scott has consistently been drawn to the regions, to small towns where the spirit of pioneer New Zealand is still alive and well—as in Ngawi, featured in this issue.

“There’s a lot of big-city arrogance about small towns, but they’re more complex than they seem,” he says. “Like a chef, I think the writer’s job is to bring out the flavour of a place, in the language of its people, through its garru­lous local identities.”

It’s just over two decades since Mark Scott first lifted a pen for a New Zealand Geographic feature, and it’s telling the story of small communities like Ngawi that still fuels his fire. “Even if only one person reads the story, then it’s still worth writing.