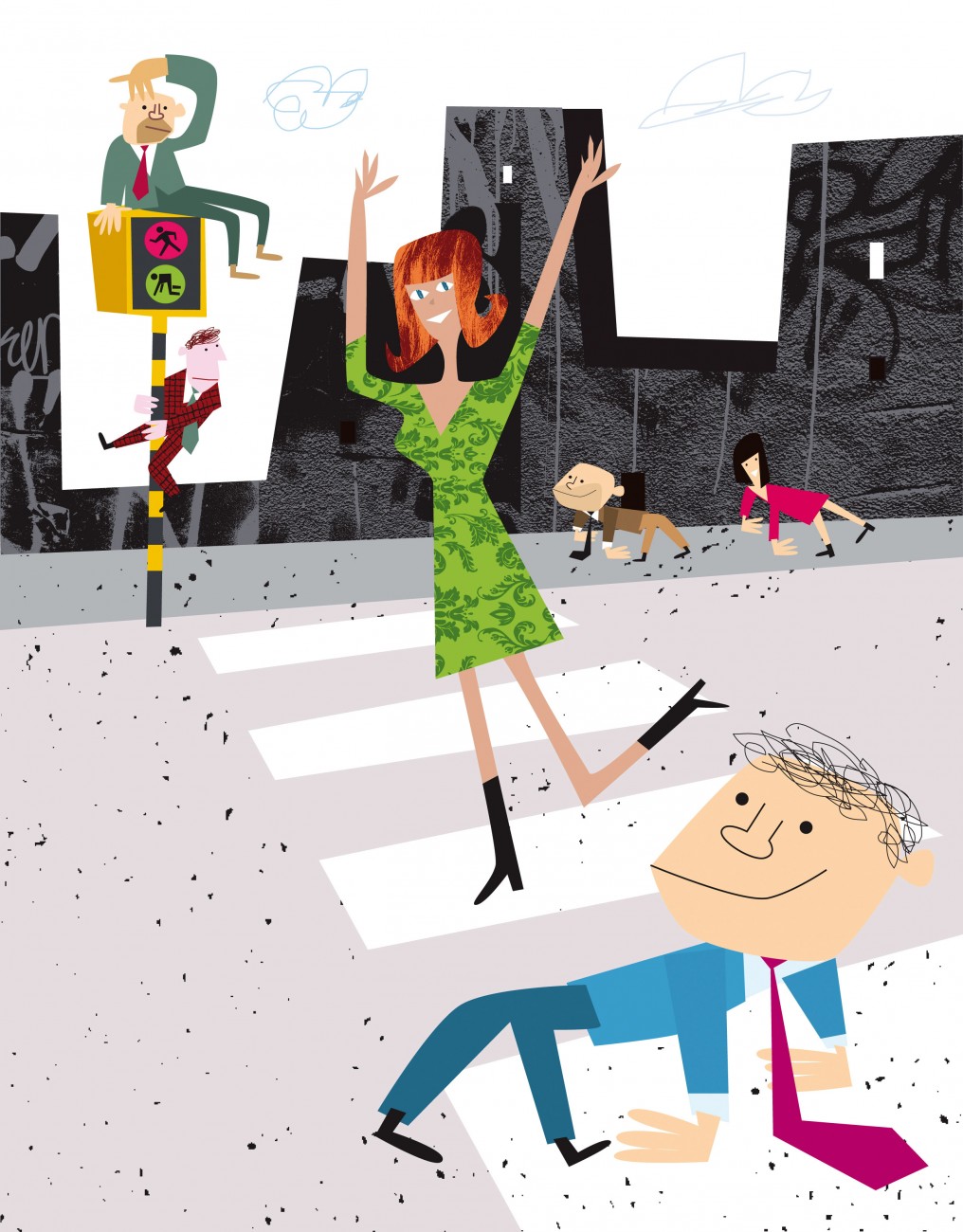 Humans are unique among the primates in being habitually bipedal. Chimpanzees can stand and even stagger around a bit on two legs, but their regular means of getting around is knuckle-walking, in which the forearms serve as forelegs, with the knuckles touching the ground. Since the chimpanzee (along with the bonobo) is our closest relative, it has been commonly assumed that we too were once knuckle-walkers.

The recent discovery of a near-complete fossil called Ardipithecus ramidus, popularly known as Ardi, challenges this idea. Ardi dates from some five million years ago, close to the point at which our forebears diverged from the line leading to modern chimpanzees. She appears not to have been a knuckle-walker, but was adapted to an upright stance. Her foot was nevertheless shaped for grasping, suggesting that she was still primarily a tree-dweller. Some have concluded that bipedalism, at least as a posture when manoeuvring in the forest canopy, may actually date from tens of millions of years ago, and that knuckle-walking in gorillas and chimpanzees emerged after the split from the human line.

Our earliest human ancestors evidently did walk about in bipedal fashion, albeit clumsily, but the effortless bipedal gait we now enjoy probably came about much later, when the genus Homo emerged around two million years ago. (Our own species, Homo sapiens, emerged only within the last 200,000.) In some respects, though, bipedalism seems not to have been a good idea—as the rampant pigs in George Orwell’s Animal Farm put it: “Four legs good, two legs bad.” Adapting to our two-legged stance may be ultimately responsible for back and neck problems, haemorrhoids, hernias and the excessive pain of giving birth. Sciatica can be blamed on the fact that the spinal nerves and spinal discs are too close together, again a result of a bipedal adaptation. Bipedal walking is not even especially efficient: a knuckle-walking chimp is said to be able to reach speeds of up to 48 km/h whereas a top athlete can manage only about 30.

Because of the reshaping of the pelvis for walking, human babies are born prematurely, at least by primate standards. According to the normal primate gestation period, they should be born at about 18 months, but as any mother can tell, this would make an already difficult process physically impossible. Early birth means that babies take a long time to learn to walk, and they crawl on four limbs before walking. They are therefore especially vulnerable to predation.

For all that, we can probably thank bipedalism for the dominance of humans over other primates. We share nearly 99 per cent of our DNA with the chimpanzee, but humans have come to dominate the planet, whereas chimps and other apes are confined to ever-diminishing environments and are threatened with imminent extinction. We have somehow turned the disadvantages of bipedalism to great advantage. Although the size of the birth canal restricts the size of the human brain at birth, prematurity actually allows the human brain to grow large after birth, where it is no longer constrained by the size of the womb. The human brain is about three times as big as expected in a primate of our size. Early birth also means that the infant brain is exposed to the social environment during critical periods of growth that is important for the acquisition of language. The helplessness of babies means that they are given extra nurturance, essential for social bonding and empathy.

Bipedalism also freed the hands. As our forebears were forced from forested areas to the more open savannah, the hands no doubt proved useful in scavenging and carrying foodstuffs back to the group. Soon, prompted no doubt by the enlarging brain, the hands were put to use in developing tools, first for cutting and scraping of carcasses, and then for the development of weapons for hunting, such as knives, spears or fishhooks. I suspect that the hands were also used for early forms of communication, leading eventually to language.

The spiral of manipulation, increasing intelligence and effective communication, all stemming from bipedalism, makes us what we are today—a dominant, manipulative, dangerous species, albeit one capable of acts of altruism and goodwill that may save us from self-immolation. We might ponder the fact that some 20 hominid species have been identified as having existed since the split from the chimpanzee line, but only one remains—us. Nevertheless, the present-day plight of our nearest relatives, the chimpanzees and bonobos, is altogether more dire. Be thankful at least that we didn’t go down the path of knuckle-walking.