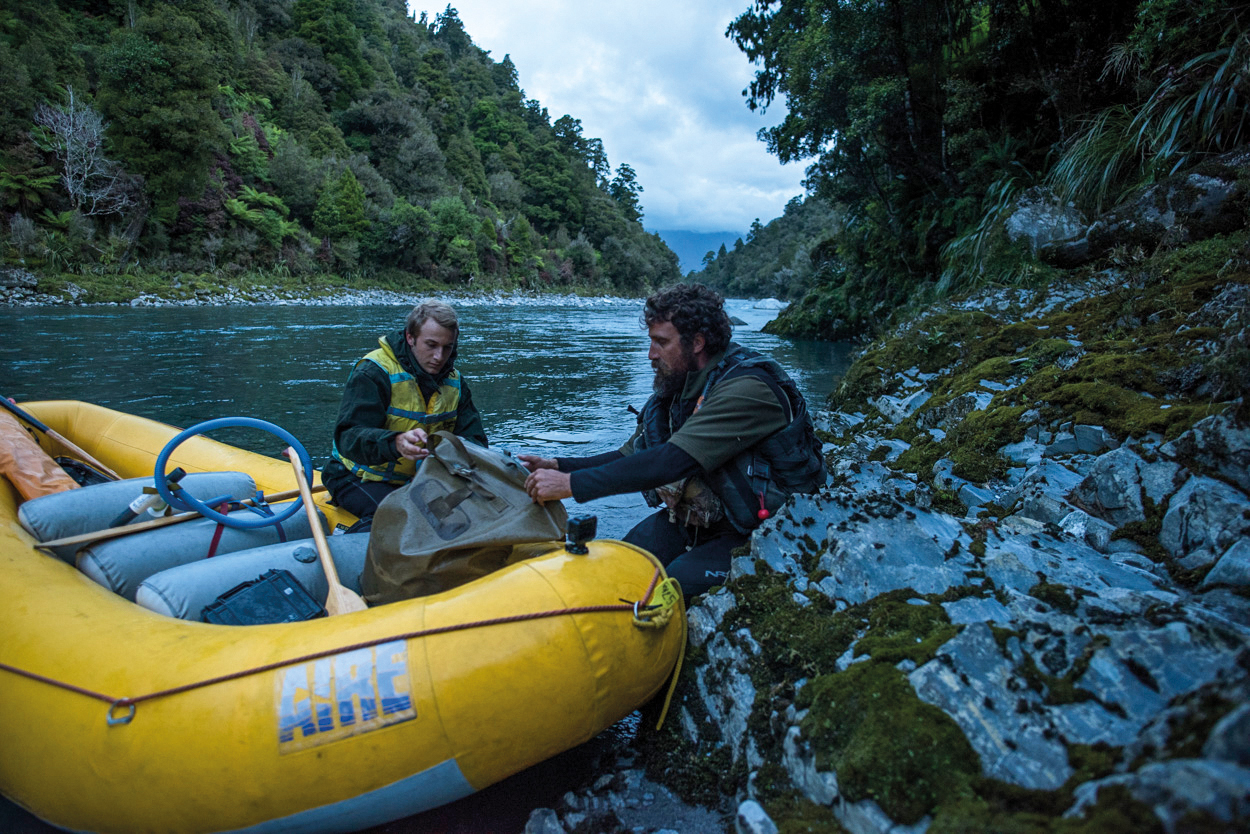 Don Rowe and his dad were preparing to go to Te Urewera for the Roar when his dad showed him a video on YouTube of a West Coast hunter.

Josh James wasn’t famous yet, his identity as The Kiwi Bushman still forming. But Rowe kept watching, drawn by James’ frankness, the beauty of the landscape, and his roughshod, live-by-your-wits existence.

It turned out that James was just as compelling in person as he is on YouTube.

“I think it’s because he’s just so genuine, he’s exactly who he comes across as,” says Rowe. “He’s such an open book. He just doesn’t have that layer of bullsh*t.”

Rowe’s visit to James’ home, along with photographer Julian Apse, turned out to be as adventurous as a Kiwi Bushman video: jetboating on the Paringa River, helicoptering high into the ranges above Haast, collecting kai from the beach, heading into the bush in the late afternoon for a deer, coming back just after dark with two. Rafting back down the river was hair-raising: “It was a mix between wanting to do what I was told and paddling in time with Jules, and wanting to hang onto the ropes and lie on the bottom of the raft with my eyes shut.”

It’s not just James that’s compelling, but his life: the simplicity, the centrality of his family, the astonishing beauty of the West Coast. The feeling that the things that matter are front and centre.

“I think people feel part of the family when they watch them,” says Rowe. “He says when he meets people they don’t even shake his hand or introduce themselves because they feel they already know him.”

James, in short, is exactly what anyone would want a kiwi bushman to be—caring as well as capable, intelligent as well as ingenious.

“I felt so lazy,” laughs Rowe. “You go into his garage and he’s rebuilding an engine in one part and he’s got a deer hanging in there and then there’s his rafting business. He can do whatever he wants. He just knows everything.”