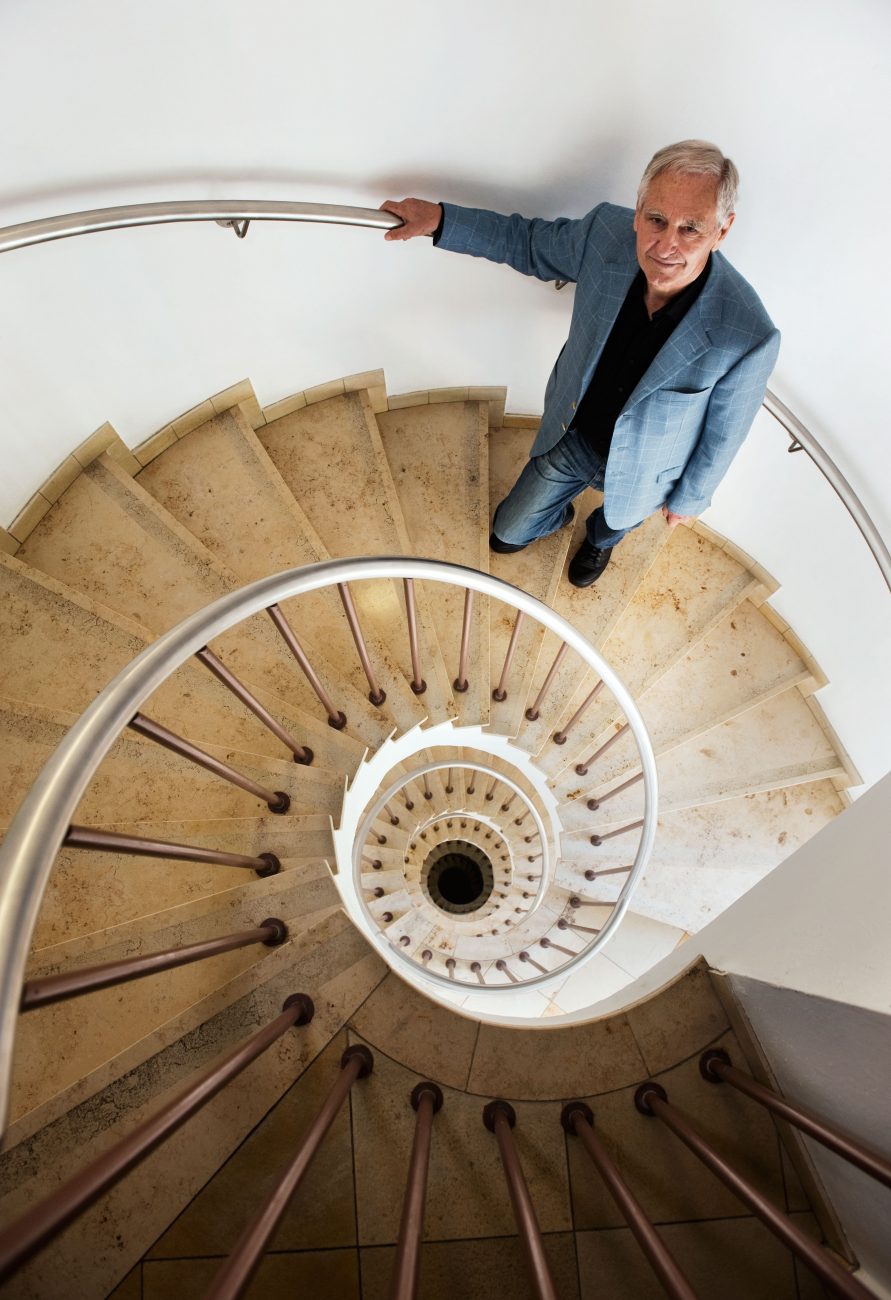 “My God, you’re still alive!” read the email, from a former colleague, with which Emeritus Professor Roy Kerr opened his public lecture at Cambridge University. Kerr was evidently thriving on the attention he’d re­ceived since being headhunted out of retirement to join the International Centre for Relativistic Astrophysics in Italy. Officially, his job is researching solutions to Gen­eral Relativity but, with news of his “reincarnation” hav­ing spread, he is now in constant demand as a speaker.

His lecture, Unravelling Einstein’s Secrets, detailed his elegant solution to Einstein’s horrendously diffi­cult equations describing the geometry of space-time around all rotating bodies, including the violent whirl­pool-like continuum around rapidly spinning massive black holes. Known simply as the Kerr metric, it has been described as the most important exact solution to any equation in physics, providing the mathematical breakthrough which took General Relativity from what Cornell University astrophysicist Thomas Gold called a “magnificent cultural ornament” into mainstream theoretical physics.

Despite an emotionally bleak childhood in Christ­church, where he grew up separated from his mother and sister, Kerr’s prodigious mathematical ability was recognised early, though not exactly nourished. At sec­ondary school there were no maths teachers, at Canter­bury University the only books on theoretical physics in the library were two 19th-century texts on the ether theory, and later at Cambridge, his supervisor left soon after his arrival—all of which left him free to develop his own ideas without the limitations of establishment ones. And so, between marriage, a child, renovating a terrace house, boxing, badminton, golf and bridge, he did.

“I was always good at solving problems, especially if the solution required having a cute idea,” he says. The “cute idea” he had for his PhD provided a major ad­vance on the motion of orbiting bodies in relativistic fields, and attracted considerable attention. Not having a supervisor to help him leverage this success proved a temporary handicap, but genius will out. In 1962, after a brief stint at Syracuse University and a few years with the U.S. Air Force (“the best job I ever had”), he joined Alfred Schild’s Center for Relativity at the University of Texas as a top-ranking relativist.

This was the beginning of the Golden Age of Astro­physics and a time of intense activity and anticipation.

Advances in quantum physics and radio astronomy, which had extended exploration of the universe beyond what was visible using optical telescopes, had indicated that Einstein’s gravitation theory might be crucial to un­derstanding how the universe works. In particular, sci­entists had begun to suspect that its weirdest prediction, dense concentrations of mass in which time and space are forever disconnected from the real world, might ac­tually exist. Although the term was not coined until 1967, black holes had become astrophysics’ Holy Grail.

One exact solution to Einstein’s field equations had been found decades previously by the German astro­physicist, Karl Schwarzschild. This simplified metric described the geometry of space around non-rotating objects. But real stars spin. What’s more, they are usu­ally gravitationally bound together in binary or multiple systems, and subject to chaotic ejections and transfers of matter spin-ups and spin-downs, cataclysmic col­lapses and explosions all the while dragging the cloak of space-time around them. It is one thing to have a set of equations to describe what theoretically happens as a particle approaches a nicely symmetrical, stationary object, but it is quite another to calculate the effects of gravity on the shape of space and flow of time around physically realistic, massive, spinning objects such as stars, planets and even black holes.

In less than a year, Kerr had cracked Einstein’s code, solving the enigma of black holes. Coincidentally, in the same year, astronomers discovered plausible black-hole candidates: extraordinarily energetic and distant objects called quasars. Both discoveries were announced at the inaugural Texas Symposium of Relativistic Astrophysics in 1963. Kerr’s discovery went unnoticed by the astron­omers, but not by the relativists.

A lone wolf, albeit a gentle one, Kerr was unpre­pared for the academic “feeding frenzy” his solution unleashed, or for the savage competitiveness of the elite pack. Disillusioned, he retreated to Christchurch and the University of Canterbury, remarried, modernised the maths department and became a bridge champion. It’s the stuff of legend: maverick Kiwi solves world’s hardest problems then retires to play cards.

The significance of the Kerr metric now an every­day tool for astrophysicists continues to grow as new telescopes reveal the fundamental role of black holes in determining the structure of the universe. But the great­est test lies ahead, as instruments such as the Square Kilometre Array promise to probe these extreme objects to see if, and where, general relativity breaks down. For Kerr, it’s a roller-coaster ride he’s still enjoying.

“We have this fantastic lab [a supermassive black hole] at the centre of the galaxy, and I’ve been promised a seat on the first spaceship.”