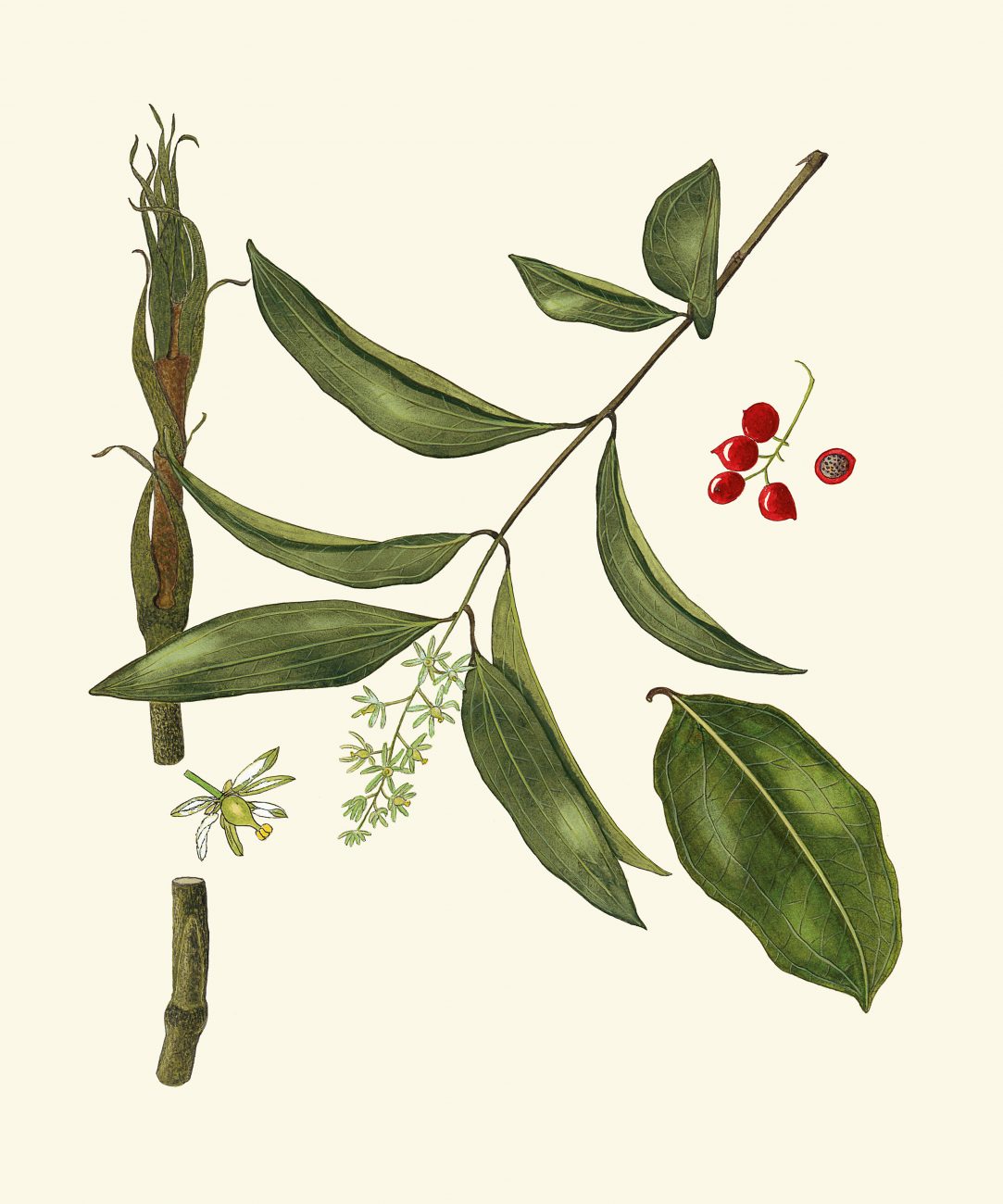 This is one plant you won’t find in a glossy coffee-table book on the 100 prettiest native species for the garden. Supplejack is a climber that inhabits the deep, dark, shadowy gullies of our native bush.

In Māori legend, supplejack is said to have sprouted from the bloody tip of the tail of the taniwha Tunaroa, whom Māui hacked to pieces and tossed far and wide into the bush for molesting his wife Raukura.

Supplejack vines grow from a bulb the size of a man’s fist, their long glossy black strands about the thickness of a finger, with a knuckle at each node like bamboo. The vine wraps itself around the limbs of saplings and forest giants alike, sometimes even dragging them to the forest floor.

Like many aka (vines), supplejack is regarded as a nuisance: an impenetrable tangle that strangles the life out of regenerating bush and stops trampers in their tracks. Little wonder it was known as “taihoa” or “wait-a-while” by Pākehā bushmen.

But supplejack had an extraordinary range of uses. The vine’s leaves, young shoots and roots were made into medicinal tonics to treat everything from sore throats to chronic rheumatism, recorded Murdoch Riley in Māori Healing and Herbal. Pākehā and Māori used supplejack laced between a couple of saplings to make a stretcher to carry the wounded out of the bush, or to create a bed sprung with a latticework of vines. A bundle of tightly bound vines made a good torch.

Set alight, the vines could also be used to cauterise wounds. Cut into slivers and boiled to extract the juice, the vines could produce a “wonderful beer; clear, gold and heady”, according to Riley.

Boys built bows from supplejack. Schoolmasters used supplejack canes to discipline lads who misbehaved. In 1906, ethnographer Elsdon Best noted hoops of supplejack poked into the ground and lashed together to support the weight of a young child learning to walk.

Supplejack was used to make all sorts of ingenious fishing devices, traps, nets and scoops. Stiff, springy hoops of vine were used to hold open the mouths of scoop nets or to strengthen and reinforce fish traps, hīnaki (eel nets) and bag nets.

Many Ngāi Tahu whānau still remember cutting supplejack vines from the bush and building tāruke (crayfish pots) in the mid-1900s. In latter years, the designers improvised with hybrid designs, lacing supplejack hoops together with No. 8 wire. They weighted their pots with concrete or scrap iron donated by New Zealand Railways.

Tāruke had significant advantages over the steel-framed, wire-netting-clad pots that eventually replaced them; they didn’t rust and were durable and flexible enough to withstand perhaps a decade of the worst storms Tangaroa could throw at them.