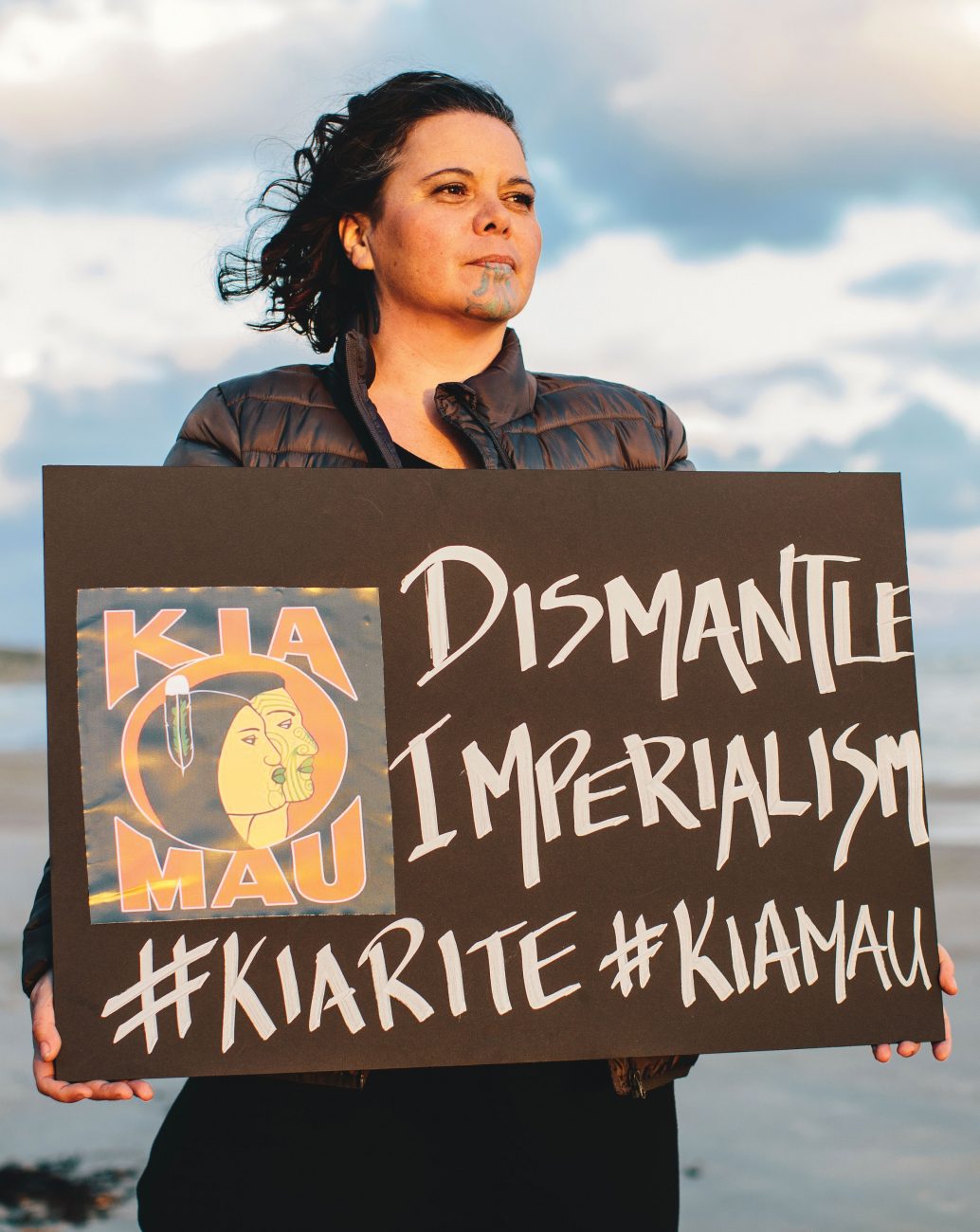 “My early years were spent in Māngere, and my father, he worked for the police force, and then he left because of the racism that he witnessed—particularly around the dawn raids. He just felt deeply uncomfortable with a lot of the orders he was being asked to deliver. And so he quit, and he went to the media and exposed the racism of the day.

He went on to work for the airlines. One of the early places that we moved to was the Sunshine Coast. We were exposed to a lot of hyper-racism, just open, blatant racism that I saw my dad be subjected to as well. So I think a lot of that, in retrospect, shaped the pathway that I wound up going on.

When I was in my 20s, I did my OE. In London, I answered a job advert for grouse beating in Scotland. Sounded interesting, had no idea what it was. So I jumped in a beat-up little car that got me most of the way before it broke down. Grouse-beating is essentially flushing these pheasants out of the heather, and then the aristocracy shoot the pheasants. I was a little bit mortified when I got there and found out what it was, but I had no money, so I was like, “Oh well, I’m here now.”

I did some grouse-beating sessions for the royal family. There was Charles and Andrew. And Harry and, what’s the oldest one? William. That’s him. They all came hunting one day. The royals were actually the nicest people of the lot that we worked for. I didn’t realise then that my journey was going to become so politicised around the British Empire.

I got shoulder tapped by my auntie. She just said, “Come on, time for you to come home.” And they got me a mahi here in Tairāwhiti working at delivering education out of our marae, for a degree in Māori environmental studies.

Subsequent to that I’ve worked with crown research institutes or have carried out research with hapū or iwi. A lot of my freshwater work sat at an intersection of education and research in action. So that was working with our local hapū to develop our measures of what wai ora and mauri ora look like for our waterways, and then measuring that regularly over the course of a year to understand the patterns, and then translating that into a presentation back to the hapū to say, “Here’s what our waters are saying to us”. And then using that as a basis for what we might want to change.

I’m now working on a project around microplastics—a national study looking at how much microplastics impact upon our ecosystems, impact our taonga, impact our mahinga kai, and are potentially impacting us.

I am on my PhD journey now and looking at the doctrine of discovery, and issues of imperialism and racism within an Aotearoa context. The space that I’m in at the moment is a really strong focus on dismantling imperialism. I used to think that meant the government or policies or industry; now, I realise it’s actually the psyche. It’s in your mind and in your heart. So it’s talking to people around where our ideas come from, and where our behaviours stem from, and do we think that we can do things differently, and what’s the pathway. What do we need to dismantle? What do we need to recreate? What do we need to return to, to find a different way of being? And the way in which statues and events and celebrations and anniversaries function to hold that power system in place.

To be an Indigenous person surviving in a settler colonial state, and to resist the forces of assimilation, takes a lot of work, because you’re working against the tide. Everything around you is designed to reinforce another way of being and knowing and doing and feeling. The system is saying to you, ‘You can survive, but just don’t survive as an Indigenous person. It will be much easier for you to make money, much easier for you to flourish and thrive, if you just quell those bits of your indigeneity. Don’t wear your moko, don’t speak your language, don’t live on your lands, don’t stand up for yourself or your people. If you can exist as a white person, you’ll get along really well.’

I had this lady once come to interview me about aspirations and I was like, “Aspirations are a bit of a luxury, really, because my aspirations aren’t even for myself, they’re for my people, and for my children.”

It’s first things first. I want to make sure my babies can live unhindered and feed themselves from our coastline. Because otherwise, you chase bright lights, you turn around and your own whenua is gone. For me, my job is to constantly create less work for my children, for my daughters.

My hope for the future is for our people, our whānau, our whenua, our wai, to be so secure that our innate duty to all of those spaces will be able to rest a bit. Enough for us to be able to pursue our fullest dreams.”