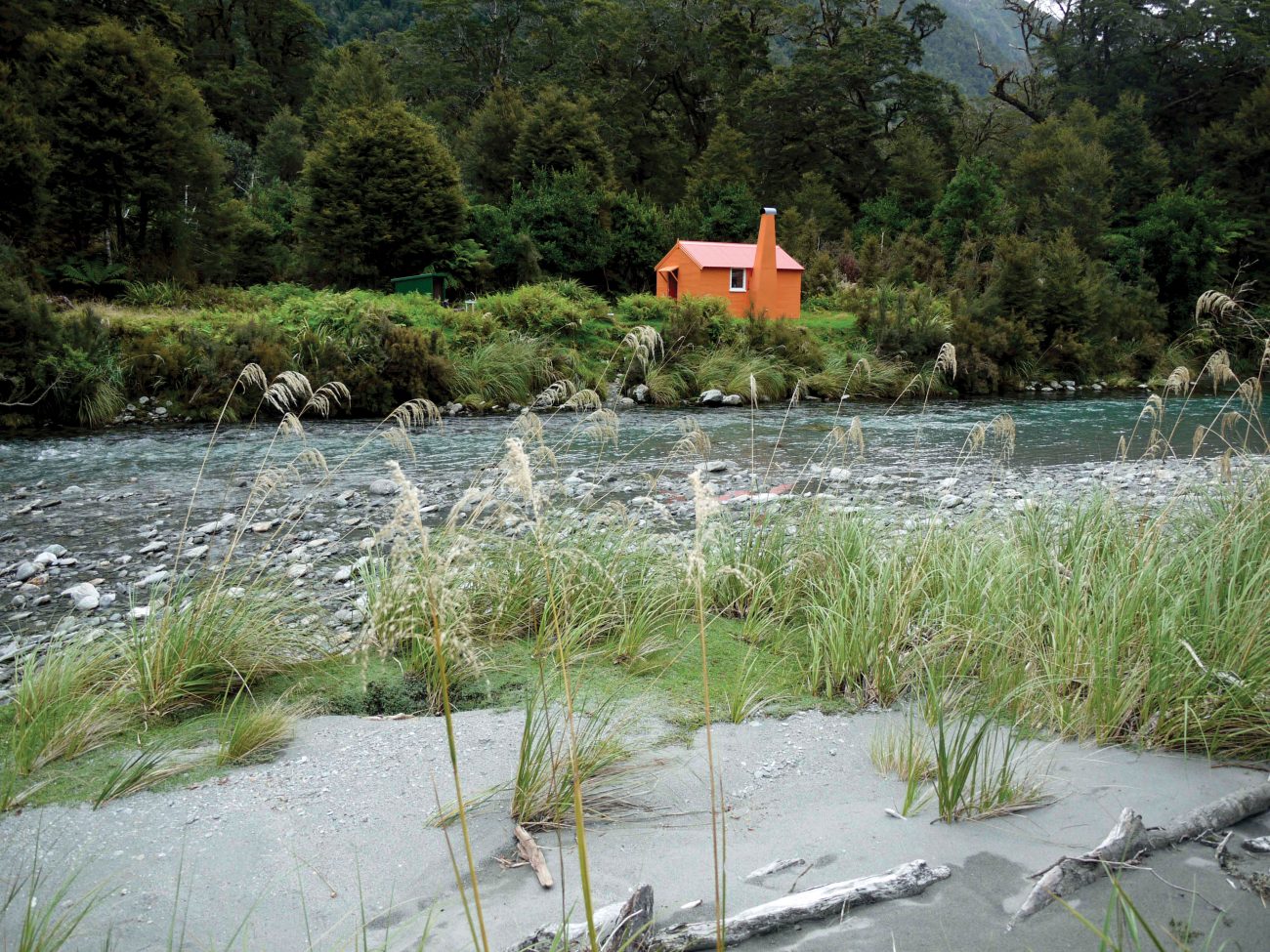 Tunnel Creek Hut is in a gorgeous setting, on a small flat at the head of the Paringa Valley, and flanked by tall silver beech forest and the emerald waters of the river. The rough rock ribs of Douglas Spur jut from the skyline, and a lightly marked track leads up from the hut to one of my favourite bivvy rocks at the bushline.

There has been a hut at the head of the Paringa Valley for more than 60 years. Hunters used a shelter on the true right, and the concrete fireplace and other remains of this are still visible. This may have been a Forest Service hut, as the government department built an eight-person base by the main road across the Paringa River in 1951, or it may simply have been a meat-hunters’ hut.

Equally, just when the Forest Service built the current six-bunk SF70 Tunnel Creek Hut on the true left at the head of the valley is also a little uncertain. The DOC doorplate states that it was built in 1965, but this is contradicted by two things. First, photos from 1967 show the old hut across the river in full use, and those who took the photos are clear there was no other hut in the vicinity. And second, old Forest Service records give the current hut a build date of 1970. On the other hand, Mark Pickering in Huts writes that it was built about 1962, and includes a photo of the hut and its builders with Peter Ramsden, a young culler at the time.

This is a remote, relaxing spot in the wilderness where one can spend hours staring into the open fire, yet it is only about six hours’ tramp from State Highway 6. Seek permission to cross the flats in the lower valley from the farmer. A lightly marked track leads from Stew Creek up to the hut.

DOC maintained Tunnel Creek Hut from 1987 to 2014, before Geoff Spearpoint took over maintenance for ten years under a community agreement with the department.

The hut was in a dilapidated state and getting gear onsite for the restoration was Spearpoint’s biggest financial challenge, but the generosity of helicopter pilot James Scott meant timber, tools, paint and other materials were able to be transported in. Across five different working trips, Spearpoint and volunteers Liz Stephenson, Andrew Buglass, Hugh van Noorden, Peter Fullerton and Tracy Lee Burkhart brought the hut back to its former glory and its makeover was completed in April 2015.

The ridging and skylight were replaced, the fireplace was restored, broken floorboards and the windowsill were fixed, a new door latch was installed and, after plenty of preparation work, several coats of donated Dulux Coatesville red were applied to the roof and door and Mangatainoka orange was applied to the exterior walls and chimney. The exterior of the outdoor toilet was also painted in Mangatainoka, with Iron Pot used on the inside.