Peter Dimond was part of history in the making. The Waitomo farmer had been in the vanguard of the explora­tion of the Hat-wood’s Hole cave system in Golden Bay—a landmark in New Zealand speleology. On the 1959-60 expedition, it had been he who blasted the final squeeze and pushed through to Starlight Cave. He was there, on the lip of the hole, when a rock avalanche killed fellow raver Peter Lambert.

Yet with the arrival of the revolutionary single-rope technique for getting up and down a chasm, much of the gear used by the country’s pioneer cavers became obsolete. The ingenious winch on which the Harwood’s team had depended to get into and out of the hole is now as anach­ronistic as a draught horse in the era of the farm bike. Together with all the other retired caving parapherna­lia—ladders, lamps and hemp ropes—the winch would have ended up decaying in some farm junk yard.

Dimond was aware that this history was dying unrecorded, for cavers are, by nature and choice—through elitism or fear of vandalism—secretive about their subter­ranean world. (Their national bulletin, where they describe their discoveries, is, quite literally, an underground publication.) To the rest of us, the world of caves and cavers is so alien from our own it might as well not be there at all. It was Peter Dimond’s dream to bring the two worlds together and to build a meeting house: a museum of caves.

“It was in 1970,” he told me in his tiny office. “We were sitting in the Waitomo pub, procrastinating about how we should set up this museum of caves. One bloke overheard our conversation, reached into his pocket and wrote us a cheque for $100. `Here,’ he said, ‘This is your first donation.’ That was the catalyst. From then on we stopped talking and started doing.”

Soon, the newly-formed museum opened a modest two-room exhibition at the Waitomo Hotel and Peter Dimond’s enthusiasm for the project slowly spread throughout the community. The Lands and Survey Department allocated a “special purpose” reserve, and through such diverse means as feeling competitions, fashion shows, raffles and catering, the community raised $30,000 and borrowed another $70,000 from the bank. In 1981 the museum opened its brand-new building and Peter Dimond retired from farming and devoted himself to the upbringing of his brainchild.

Now when visitors arrive in Waitomo, the museum—the focal point of the entire village—is often their first stop. It is a busy place, for it also serves as a post office, currency exchange and booking agency for the adventure caving trips. But beyond the commercial facade, the museum is, well, like a cave itself: sparingly lit and full of wonders.

Peter, a quiet, almost shy man approaching 60, took me on a tour of his domain. An amiable guide, he exuded both an I-only-work-here kind of modesty and the silent pride of a parent introducing you to a grown­-up and successful child. He has good reasons for the latter: the museum is considered one of the best of its kind in the world.

We passed a glass cabinet containing a reconstructed skeleton of a Dinornis novaezealandiae—the second-largest moa to have roamed our country—found in one of the Waitomo caves in 1982. “Caves were notorious moa traps,” Peter said—and judging from the number of bones in the museum’s backrooms, he could have put together quite a herd of them.

Other creatures shown in the museum entered the caves more voluntarily. Some, like bats and eels, come and go as they please, using caves as shelters or hunting grounds. Others, including cave weta, spiders and blind freshwater crayfish, have developed such a liking for caves that they can no longer leave them. Among these troglobites (cave dwellers unable to live elsewhere) are the descend­ants of carabid beetles which, having lived around the cold fringes of Ice Age glaciers, were forced underground by the warming climate. This proved a stroke of evolution­ary luck, for when Taupo erupted, killing every living thing within the wide radius of its destruction, the beetles survived intact in their underground shelter. They were discovered in 1957, the first troglobites to be found in New Zealand.

But all other cave fauna aside, it is the glow-worms that make Waitomo shine, and their unique life cycle has been prominently displayed. The glow-worm is
the only fault in the whole system is that the hungrier the larva, the larval stage of a gnat, and it can live in a cave for up to nine months. Its hunting technique is a sort of night ­time fishing, with a row of sticky lines lowered from the ceiling and a green attractor light turned on above. The light is produced by the glow-worm’s less dignified end, and it so successfully mimics a star that insects which enter the caves following submerged rivers are convinced they’re looking at the “starry, starry night” and are thus lured to their doom. The efficiency of the light far outweighs most human light sources, for almost no heat is generated.

The only fault in the whole system is that the hungrier the larva, the brighter it glows. This runaway economy can lead to glow-worm “burnout,” when its desperate supernova brightness is followed by a “black hole” on the cave’s firmament. (I could only wish them more restraint with their lights and the heartiest “Bon appetit!” after learning that they feed mainly on mosquitoes and sandflies.)

Further along, Dimond showed me a collection of Maori artefacts: fish hooks (matau), grindstones (hoanga), fishing-net sinkers (kariki) and numerous stone adzes. There are caving memorabilia and displays where you can learn the location of caves and find out how they were formed. The museum also holds the New Zealand Speleological Society library, which, continuously updated with information on caving discoveries around the world, has become the most definitive source of speleo­logical knowledge in the country.

The museum’s education programme annually attracts some 6000 schoolchildren, who come to Waitomo for an outside-the­-classroom social studies lesson. The more adventurous take a particular shine to a “squeeze”—a constricted tunnel—built as a part of a caving display; its grey limestone rocks are polished like glass.

I left the museum  feeling that I’d learnt more about caves than I had in all my underground escapades. In real caves—crawling, squeezing, swimming, climbing or abseiling—one is often too busy (or in my case too scared) to have a really good look around. After all, it was a cave that inspired Dante’s image of Hell: “Through me you pass into the city of woe / I am the gateway to eternal pain / Abandon hope, all you who enter here.” But if Hell is only the state of an ignorant mind, then I now felt thoroughly baptised against my fears.

The museum confirmed, once again, my deeply held fascination with caves. One day, you never know, I may even get to like them. 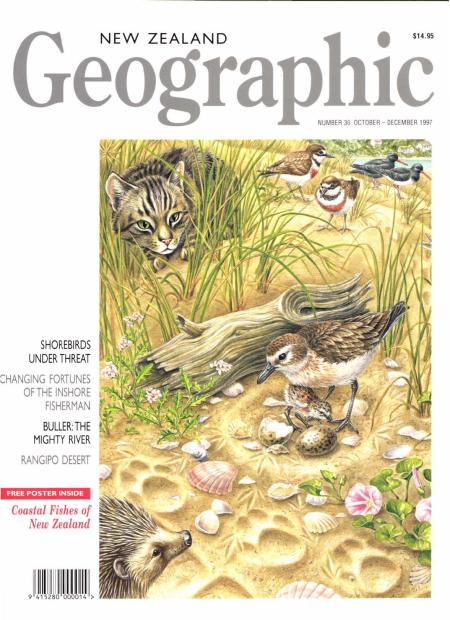