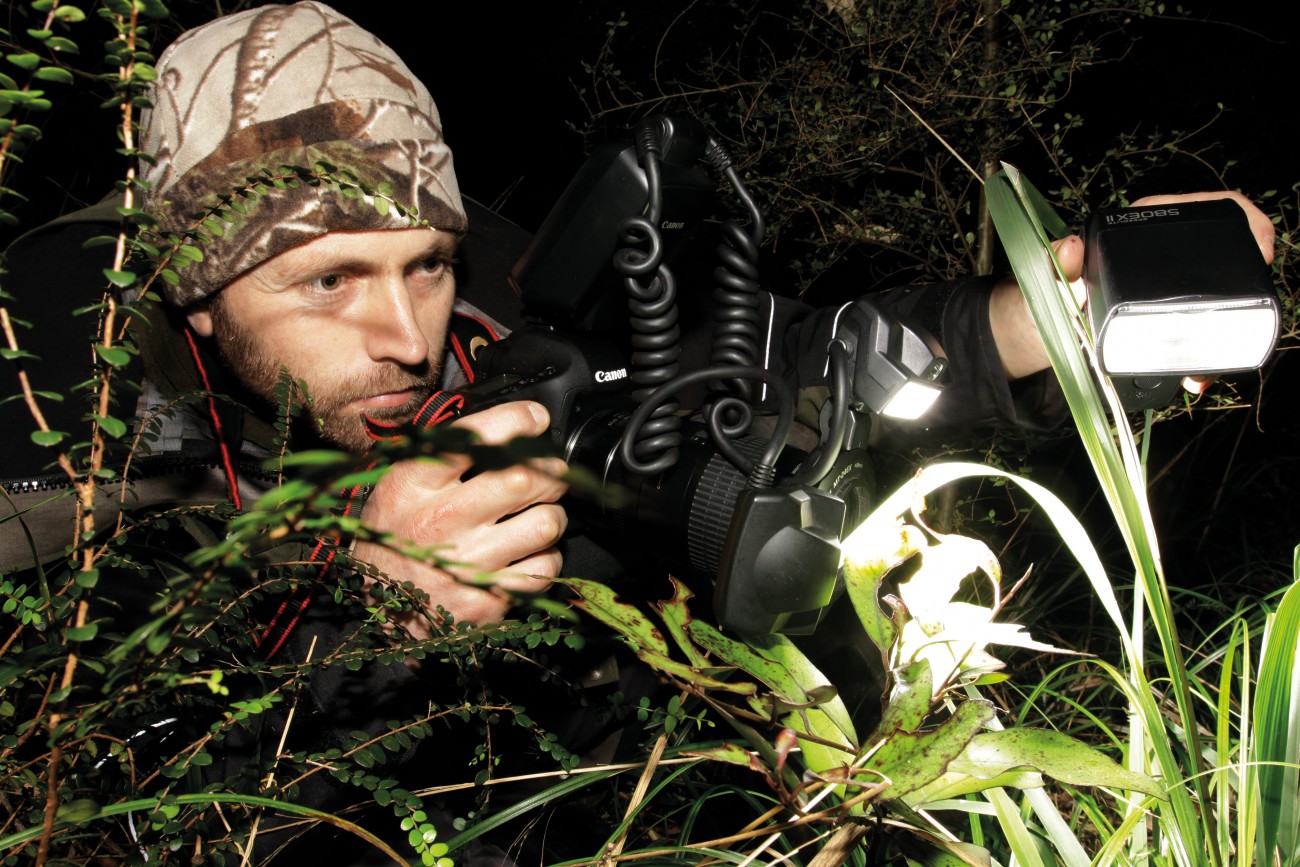 When I call Neil Fitzgerald, he’s seconded deep in the podocarp forests of the Blue Duck Creek Scientific Reserve near Kaikoura. He’s spent much of the day fixing seed traps to totara, rimu, matai, beech and tawa trees devices used to gauge seed production and the response of these forests to changes in climate.

Fitzgerald started up this track many years ago. Growing up in Waitomo, he kept pheasants and New Zealand’s native red-crowned kakariki at home, and worked at the Otorohanga Kiwi House in his spare time. His grandfather, who was one of the founders of the New Zealand Photographic Society, gave him a camera at this time, and his abiding interest in ecology became connected with photography.

Now working for Landcare Research, Fitzgerald’s work takes him to some hard-to-reach places, including offshore islands accessible only with a scien­tific permit. In each case, he carts his camera gear along as well, and in down­time or at night-time goes exploring in the nether-regions of New Zealand.

“It’s opened my eyes to the complexity and diversity of the New Zealand environment,’ he says. “There’s always something to find, even in the most unappealing places, like gumlands.’

For his feature in this issue, Fitzgerald spent a total of three weeks over numerous visits capturing the beauty and complexity hidden beneath the scrub of Northland. In places it was dense and hard-going, in others it was soft sand or boggy marshland that slowed his progress.

“You can find interesting little critters quite quickly, but finding good exam­ples in nice light can take a long time,’ he says. “However, I’ve always found a certain satisfaction in looking for things that aren’t immediately obvious.