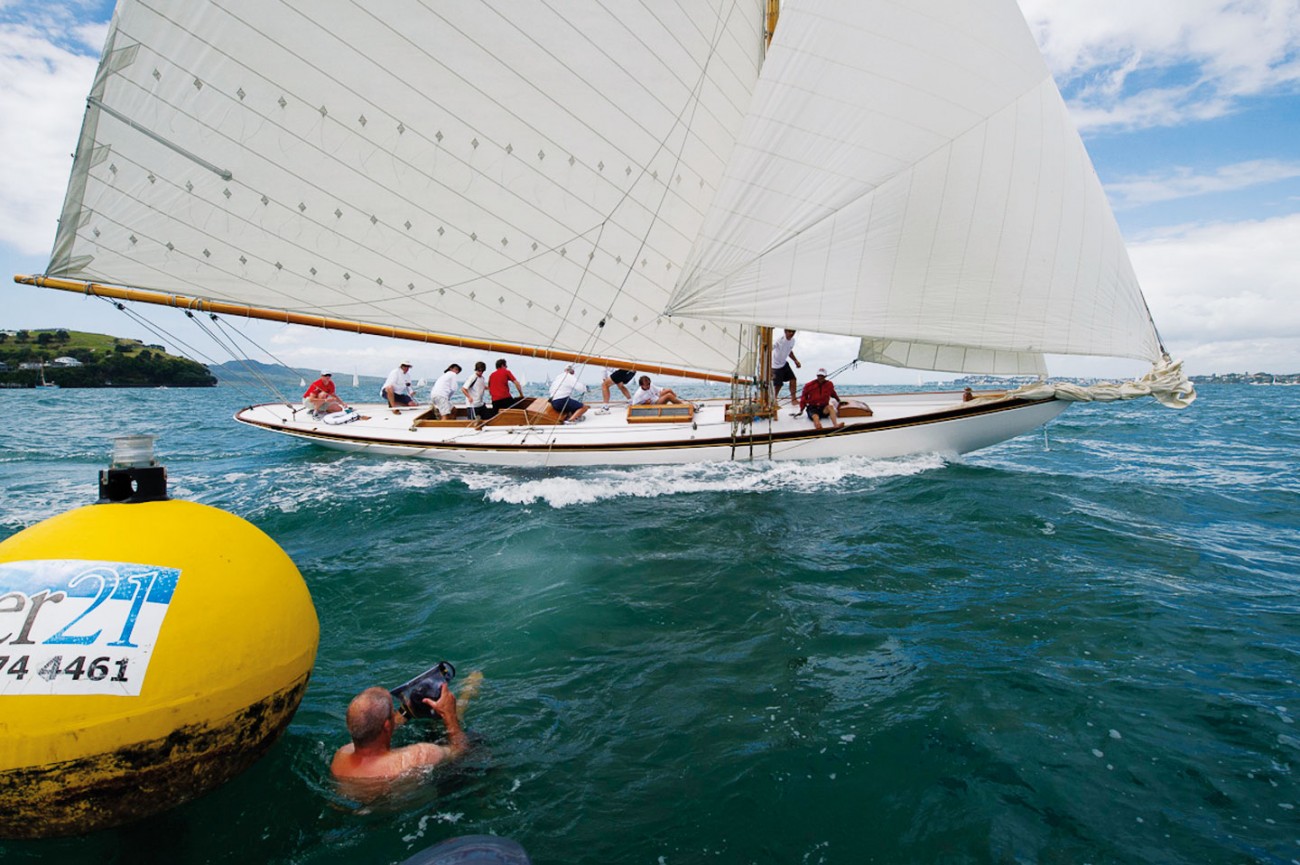 Treading water, Gareth Cooke battled a sweeping tide to focus on a classic yacht slicing through the Waitemata to round a harbour mark.

The water work was just another day for Cooke, as he and fellow photographer Jason Hosking attempted to capture the action on the water during this year’s Auckland Anniver­sary Day Regatta. A third photographer, Ivor Wilkins, was shooting from the vantage point of a helicopter.

“It was about Auckland being Auckland, the City of Sails,” says Cooke. “So we jumped in a boat and went out.”

The seven-hour shoot was logistically challenging for the pair on the water. Cooke and Hosking beetled around the harbour in a rigid inflatable boat to capture the chaos, and often had to be in two places at once—the racing stretched from the Harbour Bridge to Mission Bay, and well into the Hauraki Gulf.

Cooke’s photos of the event range from close-ups of maritime details, to beaming faces enjoying the salt spray, many images shot using a stabilised 500mm lens. As a tripod is all but useless in a boat, he had to balance the heavy lens in his hands and use a fast shutter speed to compensate. And when the opportunity afforded itself, he jumped in with an underwater housing to capture an alternative perspective.

Cooke knows a thing or two about sailing. In 1998, he packed in an office job editing the boating magazine Sea Spray to spend eight years as a professional sailor. He lived a tran­sient lifestyle overseas, working for Califor­nian billionaires and ex-convict boat owners, in between circumnavigating the world twice in the Volvo Ocean Race.

“The Volvo race is the peak of the moun­tain, really,” he says. “On a professional level, that’s as high as you can get.”

As the migratory career lost its appeal, Cooke decided photography was a natural step given his editorial and sailing experience. “It was the combination of two passions. Photography was a way to settle down again.”

He returned to New Zealand to start a business offering marine and commercial photography, striving to convey in an image the kind of attraction he feels to the sport, to transport the viewer to that time and place for a few seconds.

“Taking photographs is like telling a story in one moment,” says Cooke, “and if you can do that, I think you’ve succeeded.”