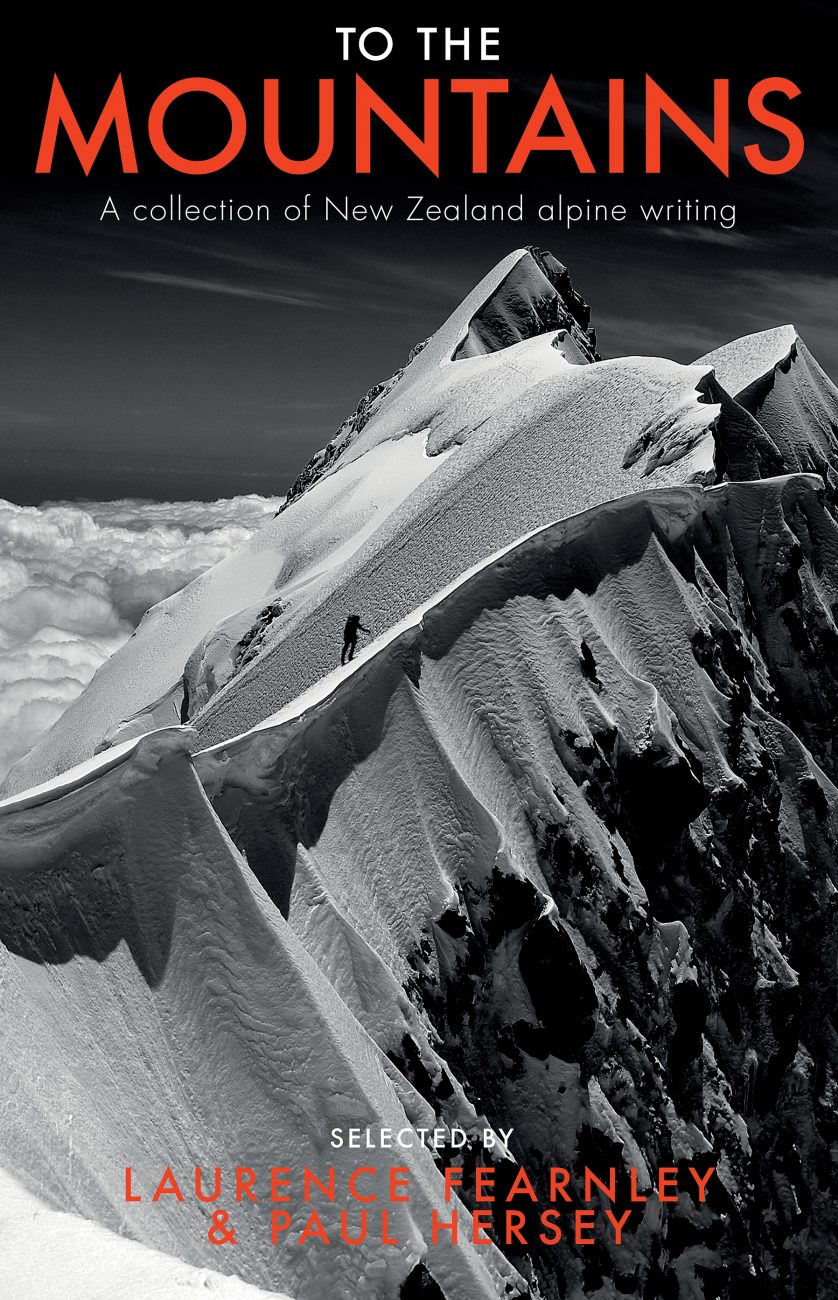 In a letter to his wife from Nigeria in 1942, Christopher Johnson looked back on all the climbing he had done. A fighter pilot, he was en route from Britain to Egypt, and the long, circuitous journey allowed plenty of time for such reflection. Away from the mountains, he wrote, you could “remember being happy, but not the happiness itself”. Often, all that remained of a climb was “this sediment of small interest” and the returning mountaineer could do little with his memories but “stir them diluted into a tale”.

To the Mountains, an anthology of New Zealand alpine writing, attempts to serve up something more substantial, or at least to pin down more thoroughly the experiences that Johnson found so frustratingly fugitive. The material chosen by editors Laurence Fearnley and Paul Hersey ranges from enthusiastic tramping sketches to accounts of life-threatening technical ice climbing, and from the Reverend Richard Taylor’s stint among the summit ice fields of Ruapehu in company with Governor George Grey in January 1853 to Allan Uren’s recent adrenalin-soaked solo climb in the Darran Mountains.

Almost by definition, any activity involving a mix of ice and snow, unyielding rock, and altitude is going to attract injury or worse, and To the Mountains has no shortage of either.  Several of the contributors met their death while climbing, and others suffered painful injury. The extraordinary rescue of Mark Lysons, who in 1933 broke his leg on Mt Goldsmith, is recounted in one of the extracts, as is Graeme Dingle’s near-fatal wipe-out in an avalanche during a winter traverse of the Southern Alps in 1971. “For the first time in my life I was resigned to death,” wrote the chastised adventurer.

Even if disaster doesn’t strike, it is never far away. Ida Corry recalled a climb at the head of the Franz Josef Glacier in 1933 where, exhausted and with teeth chattering from the cold, she saw sparks lighting the darkness far above her as thundering rocks collided.

To the Mountains includes brief biographical notes on the contributors and a useful introduction, but more context for some of the selections would have been useful. The book doesn’t pretend to be exhaustive, and some of the selections fail to engage. But it is nicely prismatic in the way it presents the climbing experience in such terms as self-discovery, mateship, adventure, the burden of failure, and transcendence.

Johnson concluded that alpinists return to the hills because they remember how much they have forgotten. Sharron Came, a farmer’s daughter from Northland, supplies a more down-to-earth counterpoint: “In the mountains what matters is food and warmth, taking care of your mates and not falling off; everything else is unimportant.”