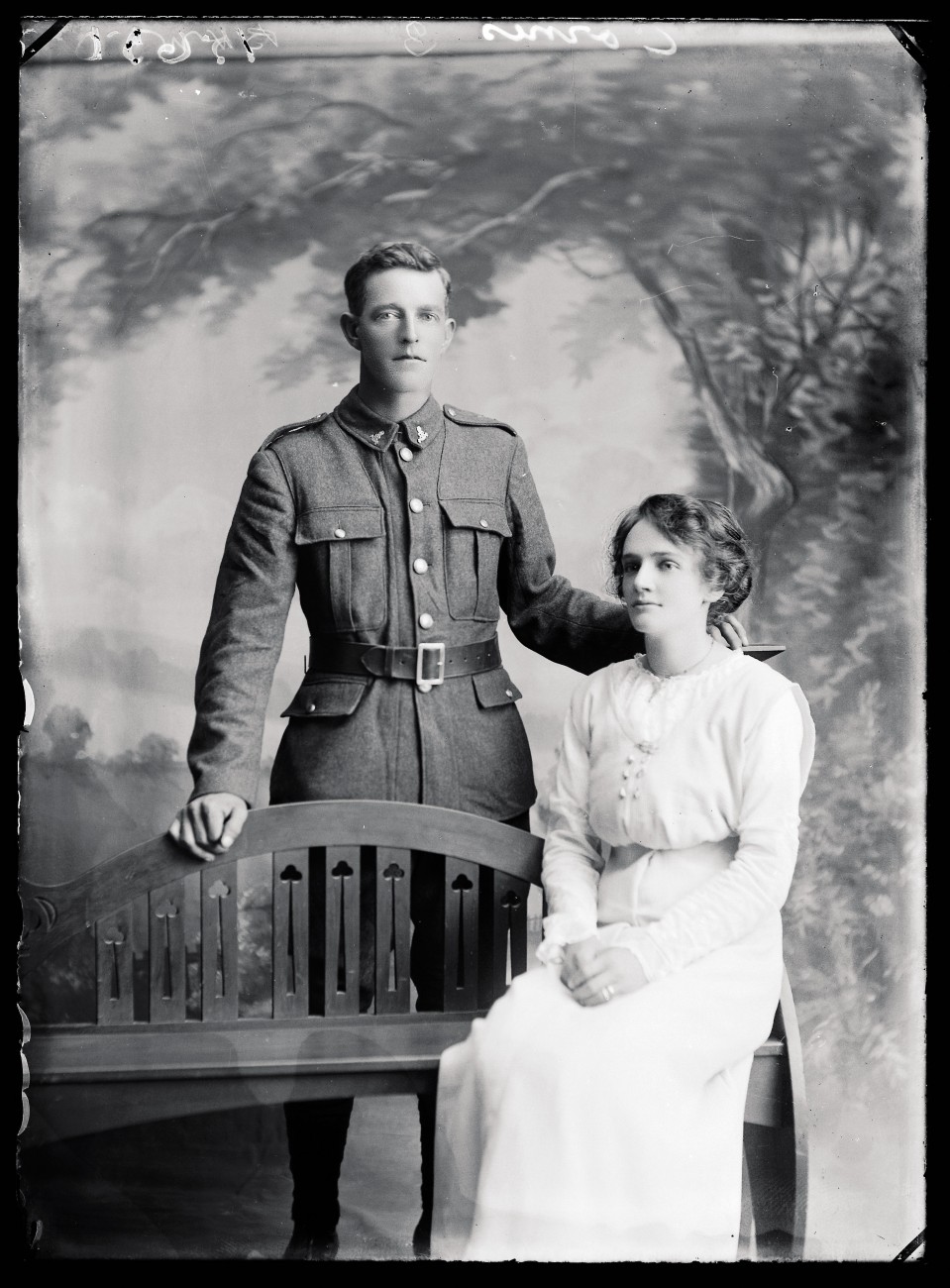 Photographs made from glass plate nega­tives are renowned for their definition and detail. Portraits of people photographed using this method look as though they could walk off the page, and those in Te Papa’s Berry Collection did just that—their identities lost in the mists of time and warfare. Now, curators are turning to the power of social media to find their descendants.

In the 1990s, a collection of 3000 glass plate negatives was found by a new tenant in a dusty attic of the former Cuba Street studio of Berry & Co, well-known Wellington portrait photogra­phers. Just over 100 of the images are of soldiers, photographed alone or with family and friends prior to their departure for the European theatres of war between 1914 and 1918. They have become poignant and precious reminders of the men who fought overseas, but sadly most of the people are unnamed. The only links to their identities are a surname etched on the negative, and details preserved in the photograph itself. The mesmerising clarity of these images also makes it possible for researchers to zoom in on the badges and unlock vital clues to each soldier’s military career and identity.

Private John Owen Clay from Trentham, for example, fought in the Battle of the Somme in France, and was injured along with 7000 other New Zealanders. Another soldier, Private James Frederick Carnes, died of influenza and was buried at sea on his way to the war. His ship, Tahiti, was one of the worst affected by the epidemic—90 per cent of the passengers were afflicted and 77 died. His image, taken with an unknown female companion, was likely one of the very last frames ever captured of the young man, destined to perish even before he reached the killing fields. He was 25.

Now, in the lead-up to the centenary of World War I, curators are turning to the powerful photo-sharing website Flickr to identify all the sitters in these images. What happened to them? Even the smallest clue can reveal a trail of information.