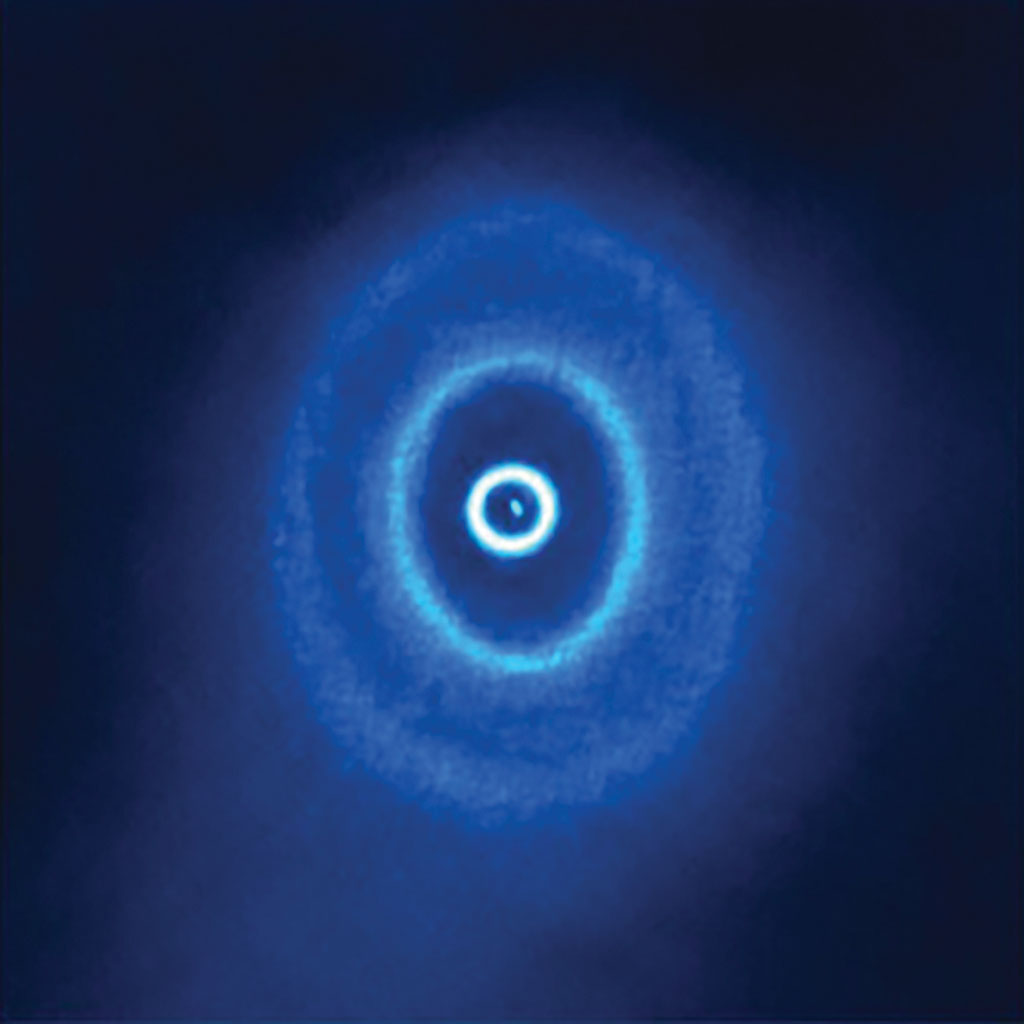 You can’t see them with the naked eye, but they’re in the Orion constellation, about where the hunter’s head would be: three stars locked together in a triple system known as GW Orionis, around 1300 light years from Earth.

Now, evidence is mounting that this system is home to the first known planet orbiting three suns.

The planet, thought to be a gas giant like Jupiter, hasn’t been directly sighted. But astronomers have observed a halo of dust, gas and debris encircling the stars, called a protoplanetary disk. These disks form around new stars before coalescing into planets—first the big, hot gas giants, and then the smaller terrestrial planets like Earth.

Images of the star system show concentric dust rings encircling the gravitationally bound stars, like a cosmic bullseye. There is a curious gap between the first and second rings, and the first ring is fractured and tilted. New modelling suggests this misalignment is most likely due to one or more planets carving out their orbit.

While Earth has just the one sun, several planets orbiting two stars—like Luke Skywalker’s home planet, Tatooine, in the Star Wars movies—are already known. But the existence of a planet orbiting three stars suggests that planets form more easily than we thought, and in unexpected places.

If the triple-star planet does indeed exist, what would you see in its sky? Just two suns would appear, because two stars in this system are so close together that they appear as one. As the planet rotated, the stars would rise and set in patterns hard to imagine for Earthlings accustomed to the concept of night and day.

Further observations of the GW Orionis system from telescopes in Chile are expected in the coming months, which may offer further proof of the potential planet.