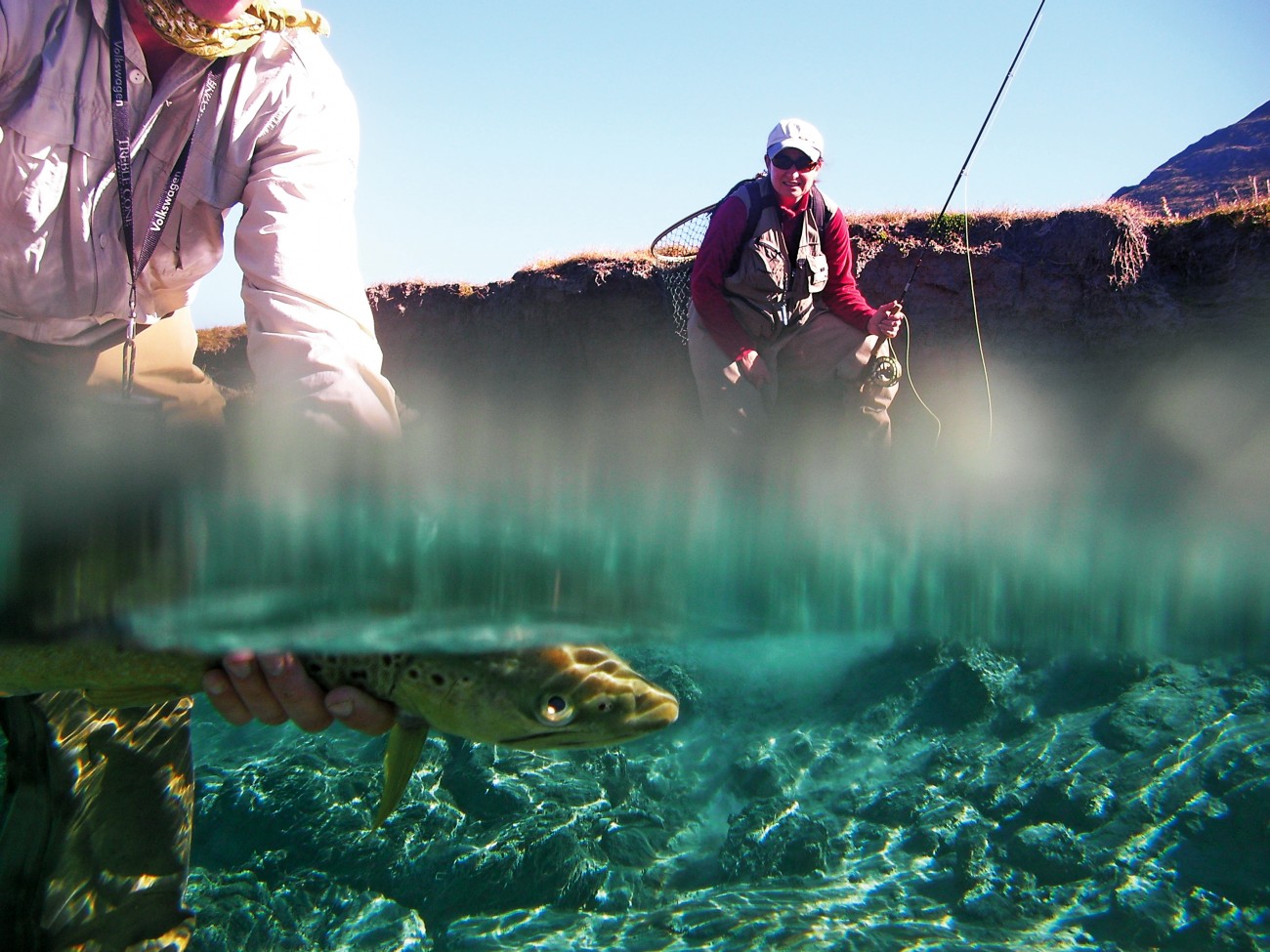 Derek Grzelewski is  one of New Zealand Geographic’s most prolific writers. With stories on trout and salmon in his back catalogue, and living as he does on the banks of the mighty Clutha River in Albert Town, it’s no surprise that he has written a book about the piscato­rial life.

Trout Diaries draws on Grzelewski’s experiences (usually with dog in tow) over one calendar year starting in October, the first month of the fishing season in most places.

Grzelewski’s book is no how-to or where-to guide in fact, he keeps the location of one River X secret but rather chronicles his evolu­tion as a fly fisher. The writing is incisive and full of anecdotes, like riding shotgun with him as he scours the land for new waters and experiences. It is set largely in the South Island (with a couple of forays to the North Island thrown in), a backdrop that many consider to be an angler’s nirvana.

Trying to make a living from something you love sounds ideal, yet many anglers-turned­trout guides have killed their passion by making that very choice. Grzelewski tried it himself for a few seasons, before realising that his clients fished for different reasons.

“They seemed to have lost their footing on Earth and gone adrift in a dreamland of sound bites, digitised reality and instant gratification,” he writes.

Quite different, then, from Grzelewski who, when camped near Lake Moeraki with his dog, read Nature as Teacher by Viktor Schauberger, the Austrian master forester who could stare at flowing water for hours without becoming bored. Schauberger was a pioneer of vortex mechanics but also something of an iconoclast who believed that water was “a living thing, the blood of the Earth”. He designed successful log flumes in the 1920s but swung from derision.