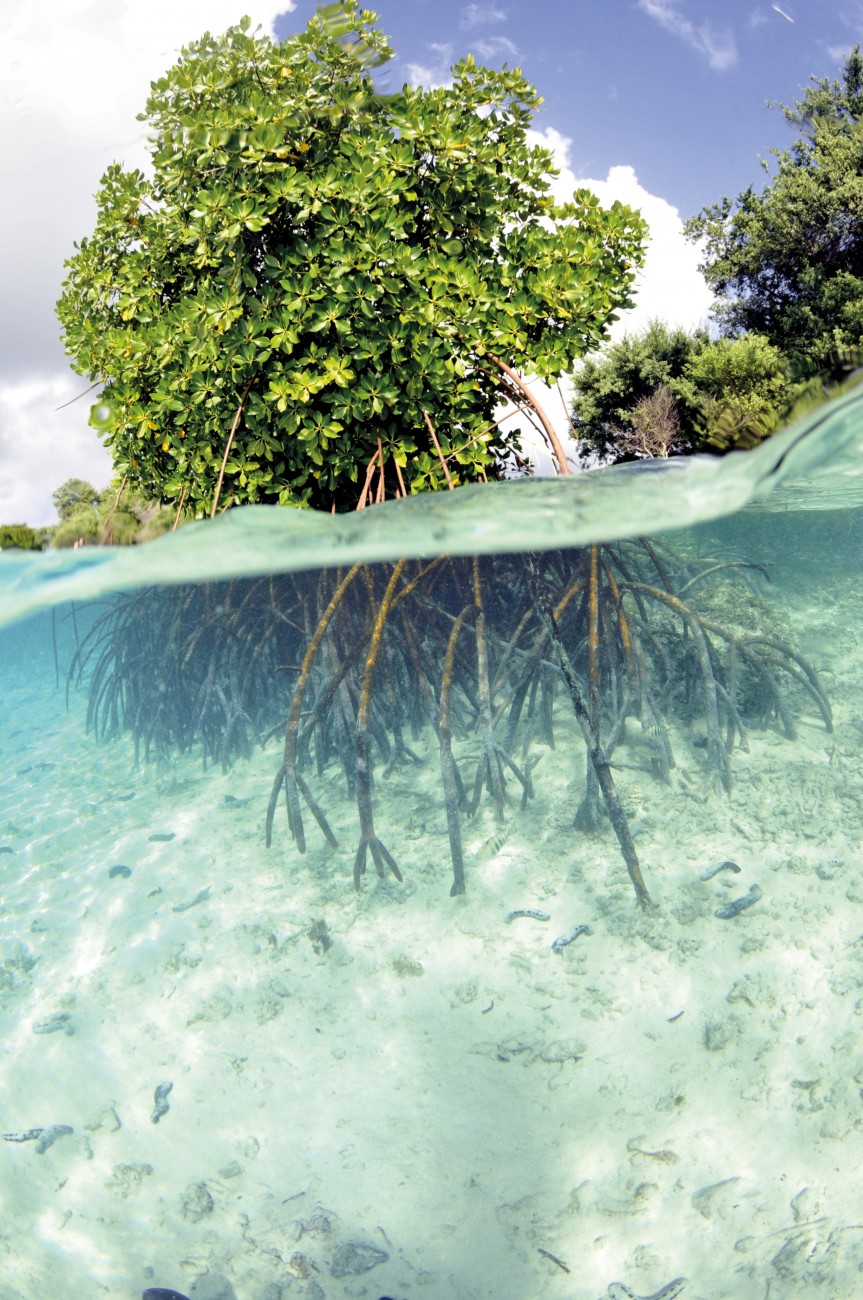 Mangroves may turn beaches to mud, but they also buffer coasts from erosion, which may make them a critical element in coastal protection as sea levels rise.

Using a modelling system developed for New Zealand mangroves, New Zealand and United Kingdom scientists looked at what might happen to estuaries and river deltas when sea levels rise.

The model, published in Proceedings of the Royal Society A, found that areas without mangroves will widen as they are eroded by the sea. Areas with mangroves, however, experience quite the opposite—the mangroves buffer the land against wave and tidal energy that would cause erosion, and outgoing sediment is trapped in the roots. As the sea rises, mangroves raise the level of the land itself by trapping an increasing amount of sediment and organic matter.

“Mangroves are nature’s way of coping with change, whether it is local, such as nutrients running off the Hauraki Gulf from dairying, or global, like increases in sedimen­tation from the world’s largest rivers,” says University of Waikato researcher Karin Bryan.

“The problem is trying to get people to appreciate the landscape value of mangroves as well as the ecosystem services. Cutting mangroves down will mean that nature will just find another way of coping with the change, which will likely have similar land­scape impact.”