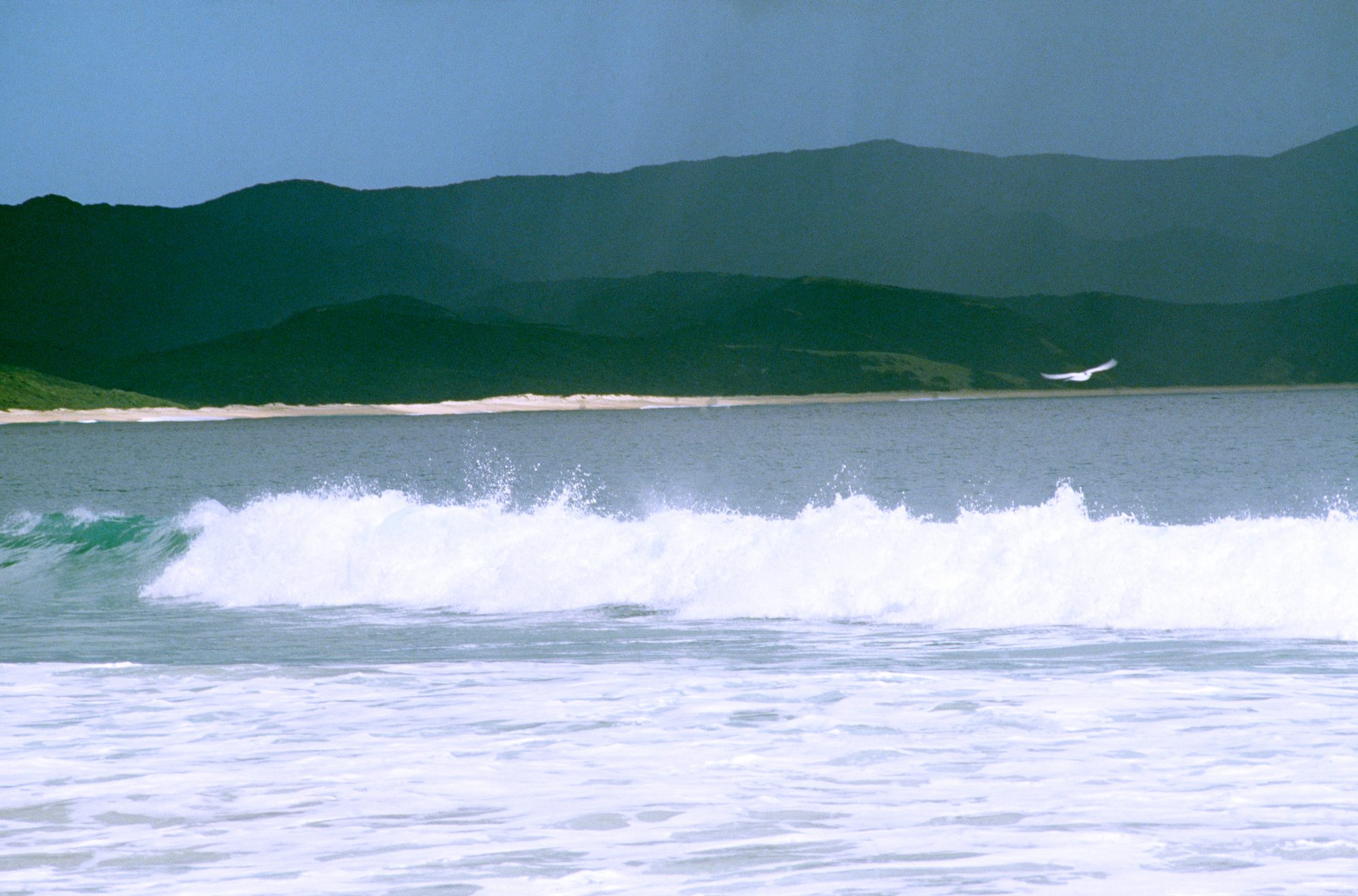 The Coming of the Ancestors

Centuries ago, an adventurous race sailed into the unknown in search of land. Somewhere in the mystical past, beyond the ocean pathways of the Pacific, was their homeland, Hawaiki.

The waka was in need of repair.

They lashed it together with strong rope from their ocean nets. Then they continued their voyage, following the stars to the land of their dreams.

Somewhere in the distance that dream was glimmering, as the waves crashed on the shores of Aotearoa.

The puratoke, phosphorescent in the dark, illumined the cliffs, as Whitirea greeted The Land of the Long White Cloud.

Our tupuna passed a little island, created only when the high tide separates it from the mainland.

Still seeking shelter, our ancestors moved through turbulent waters to find sanctuary in a tidal creek that runs into Takapaukura (Tom Bowling Bay)

To this day a solid rock still stands in the bay. The black huamutu (neritas) and limpets create natural patterns through the moving sands of time to build a foundation on solid rock.

This rock is known as Kurahaupo Rock.

It has been pounded through the centuries by the ocean currents. Undeniably, this is the landmark of our people. A courageous and noble race, the ancestors of Tohe our tupuna, and also the generations of today.

The Story of Tohe

In the days of long ago, the fame of the beautiful women of the Ngati Kuri tribe attracted the interest of the chiefs of Ngati Whatua of Orakei, Auckland, who came to court the maidens of Te Hiku o te Ika a Maui.

The most beautiful was the daughter of Tohe. She was chosen for the wife of a chief.

Many years later, when Tohe was an old man, he summoned the tribe together and told them he must go and look for her. He was missing his daughter, and wanted to see her again before he died. The tribe, knowing that Tohe would have to pass through enemy territory on his journey, begged him not to leave. He refused to be dissuaded, but told the people, “If I die you must snatch my spirit, as it will surely pass this way on its journey to Te Rerenga Wairua.”

Hence the place is now called Kapowairua, ‘catch the spirit’. Tohe is remembered in this whakatauki:

Man can shelter from the wind
But not from pain.
The longing to see his daughter again.

Love me as I am
Not just an ordinary oystercatcher
But an elegant host of ancient times.
Red eyes glowing
In a cloak of ebony
Red the colour of your carvings
Red the blood of life we share
In the Treaty of Waitangi
Calling! Calling! Calling!
Kia aroha! Love me!
As I am
This bond of aroha is yours and mine.

At dawn’s light I looked for you
at the land’s end where two oceans froth
but you had gone without leaving a sign
or a whispered message to the gnarled
tree’s feet or the grass or the inscrutable
rock face. Even the innocent day dreaming
moon could not explain the wind’s wry mirth.

To you it seems I am nothing a
nobody and of little worth
whom the disdainful years
neither praise nor decry
but shall abandon to fat
and the vast delight of worms: farewell

Farewell farewell
Let the heavens mumble and stutter
Let them acknowledge your leaving us
Mine is the lone gull’s cry in the night
Let my grief hide the moon’s face
Let alien gods salute thee and
with flashing knives cut open
the dark belly of the sky.

I feel rain spit in my face

I bear no malice, let none stain my valedictions
For I am at one with the wind
the clouds’ heave and the slapping rain
the tattered sky the wild solitude
of the sea and the streaming earth
which I kneel to kiss …