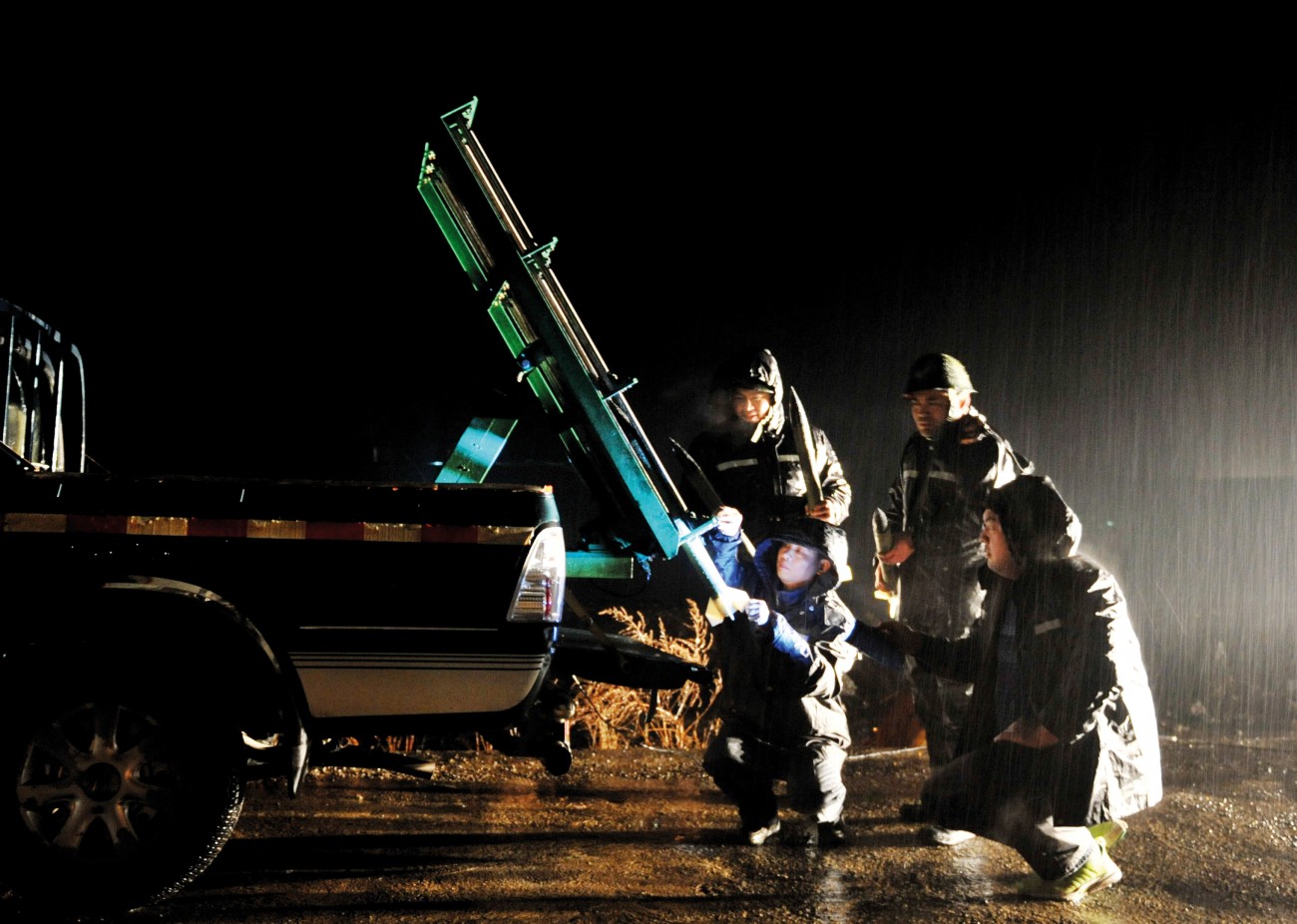 After a major battle, sometimes it rains and sometimes it does not. For those traumatised by conflict, there is a temptation to think that it was the battle itself that caused the rain. The historian Plutarch believed rain after warfare may have been caused by vapours from the sweat and spilled blood of many thousands of soldiers. Either that, or the gods were washing and purifying the Earth.

After the American Civil War, some people thought concentrated cannon fire caused rain. Civil engineer Edward Powers wrote a book advocating the use of artillery to fight drought and proposed an experiment firing 300 cannon arranged in a circle a mile across. The House Committee on Agriculture liked the idea but the government refused to fund it.

Powers had a follower in retired confederate general Daniel Ruggles, who farmed in Texas. In 1880, he gained a patent for producing rain by triggering explosives carried aloft by balloons.

“If God had not wanted us to manipulate clouds,” he argued, “he would not have placed them so clearly in our line of vision.”

Robert Dyrenforth combined exploding balloons with mortars, added fireworks and smoke-bombs and won government and private funding for experiments in Texas in 1891. His first attempts were hampered by rain, which started before he could deploy his equipment. However, some days later, he fired off artillery all day long in what one observer called “a beautiful imitation of battle”. Some rain fell 10 km away about six hours later. Dyrenforth claimed success but the newspapers heaped scorn on the whole enterprise.

One important lesson learned by the dozens of commercial rainmakers who sprang up in the following decades was that the best time for rainmaking was the start of the rainy season. Keen students of human nature as well as weather statistics, they accepted contracts that stipulated they got paid only if rain fell, aside from daily expenses.

Rumours of explosive rainmaking reached New Zealand, where an attempt was made to break a drought in North Otago in 1907. The army let off a series of explosions funded by local farmers and subsidised by the government. It failed to rain, and the Rev Daniel Bates of the Meteorological Service, who had been allowed to observe, wrote a scathing report about the waste of money. The Meteorological Service was not invited the next time explosive rainmaking was tried.

The tenuous thread of logic that suggested explosions caused rain was easily tweaked to assert that explosions broke large hail into smaller, less damaging particles. This led to a vogue in hail cannon in Austria and Italy in the 1890s. Compared to the traditional methods of ringing bells or shooting arrows at clouds, it seemed a step towards modernity, and standing around doing nothing is always dispiriting. Unfortunately, it is about as effective as yelling at a block of ice.

During World War II, many branches of science made major advances, cloud physics included. Researchers at General Electric worked on a variety of problems, from producing smoke-screens to cloud dispersal and aircraft icing. Just after the war, they made a serendipitous discovery: dropping a few crystals of dry ice into a cloud chamber full of cold air at 100 per cent humidity triggered a cascade of ice crystals. An elderly Nobel laureate in chemistry leading the team, Irving Langmuir, leapt to the conclusion that rain or snow could be forced out of clouds seeded with small amounts of dry ice.

A few months later, the researchers seeded a cloud from an aeroplane and snow appeared to fall. As Langmuir’s public pronouncements became increasingly enthusiastic, General Electric’s lawyers tried to muzzle him for fear of litigation for damages arising from changes in the weather blamed on the seeding.

Consequently, when the military “bombed” a hurricane over the Atlantic with dry ice in October 1947, the General Electric scientists were officially only advisers. By coincidence, just before the dry ice was released, the hurricane executed an un-forecast hairpin turn. Moving back towards land, it crossed the coast near Savannah, causing millions of dollars damage and one fatality. People in the south were outraged that Yankee scientists might have caused the catastrophe.

(About this time, General Electric scientist Bernard Vonnegut discovered that silver iodide worked even better than dry ice in triggering the cascade of ice crystals in a cloud chamber. His brother, Kurt Vonnegut, worked as a publicist for General Electric and later wrote a sardonic novel, Cat’s Cradle, about scientists playing with ice.)

As General Electric held back from cloud-seeding, other commercial enterprises leapt into the breach. New York City’s leaders commissioned one to make rain over their reservoir. They got a flood and 169 lawsuits for damages. They hastily commissioned a survey to show that cloud-seeding did not work, so avoided paying damages, but were placed under a permanent injunction not to try cloud-seeding again.

Further attempts by the military to modify hurricanes were confined to storms well out in the Atlantic. Nonetheless, accusations of foul play abounded whenever hurricanes struck Latin America, especially hurricane Fifi that killed 10,000 in Honduras in 1974.

The fascinating story of weather modification is well told by James Rodger Fleming in his new book Fixing the Sky. Fleming is particularly concerned about the dangerous geo-engineering schemes to prevent global warming, such as deploying thousands of mirrors in space or tethering giant airships in the upper atmosphere to pump out sulphuric acid and replicate the cooling caused by large volcanic eruptions. He sees geo-engineering not as “a heroic saga about new scientific discoveries that can save the planet… but a tragicomedy of overreaching, hubris and self-delusion.”

While it remains unclear how often cloud-seeding results in rain, if at all, Fleming does concede one clear success for weather modification. Fog was cleared temporarily from airfields during World War II by burning petrol sprayed from long pipes either side of the runway so that planes landed between walls of flame. But at nearly 30,000 litres of petrol per landing, it was prohibitively expensive.