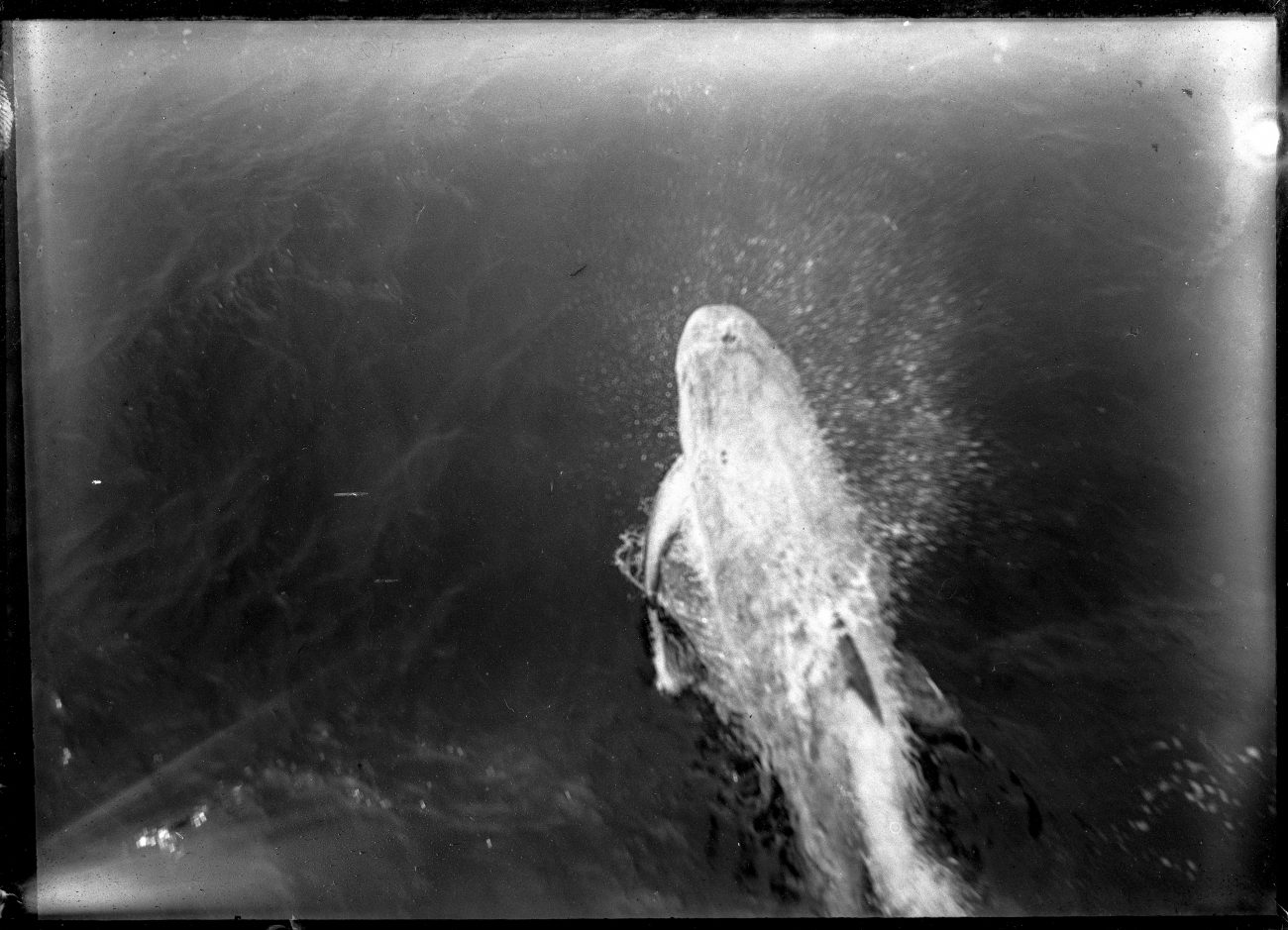 Sometime in 1888, a large white “fish” three to four metres in length appeared at the bow of the schooner Brindle as it neared French Pass, a narrow channel between D’Urville Island and the northern tip of the South Island. Several of the crew were keen to kill the creature, but the captain’s wife is said to have talked them out of it. To their astonishment, it kept them company for several hours, as if intent on guiding them through the hazardous, fast-flowing waters of the channel.

Sightings of what was dubbed ‘Pelorus Jack’, after nearby Pelorus Sound, soon multiplied. He was seen from the decks of the Arahura, the Mapourika, the Pateena, and—with consequences that were to catapult him to fame—from the Penguin. To some, he was a whale, to others, part shark, part dolphin. One writer even reimagined him as an Antarctic narwhal, separated from his kin and trapped in sea ice, then delivered by ocean currents to the warm and unfamiliar waters of Cook Strait.

It is now thought that Pelorus Jack was indeed orphaned, which may explain his unusual behaviour. A letter to the Daily Mail in London in 1906 described how for the previous 20 years, no steamer had been known to approach or leave French Pass unaccompanied. Passengers and crew would first notice Pelorus Jack leaping out of the sea in the distance, but soon he could be seen riding the pressure wave at the ship’s bow.

“He is said never to come to sailing ships or wooden-bottomed steamers; but no matter which way a steamer crosses the Sound, whether by day or by night, Pelorus Jack is always in attendance as a sort of pilot.”

In January 1906, the Marlborough Express gave much of the credit for record tourist traffic in the region to Pelorus Jack, saying that “his exploits have been spread abroad through the medium of guide books, and have been much improved in travellers’ tales”.

Among those who booked a passage between Wellington and Nelson to catch sight of him were two of the most prodigious generators of such tales—Mark Twain and Frank Bullen.

The story goes that in 1904, someone aboard the Penguin had tried to shoot Pelorus Jack. Others say he was struck by the vessel. Either way, he avoided the ship from that day on, until shortly before the vessel was wrecked five years later.

The incident with the gun provoked widespread public anger and led, on September 26, 1904, to the protection of what finally was identified as a Risso’s dolphin, probably male, by an Order in Council under section five of the Sea-fisheries Act 1894.

The regulation itself was rather dodgy—the Act related only to fish, and stretching the language to “prohibit the taking of the fish or mammal known as Risso’s dolphin (Grampus griseus) in Cook Strait and the adjacent bays, sounds, and estuaries” would hardly have stood up in court. Nevertheless, the regulation, which was the first anywhere to protect an individual marine mammal, garnered international coverage and further boosted Pelorus Jack’s popularity.

He was last seen in April 1912, and suspicion immediately fell on Norwegian whalers who were in the vicinity at the time. However, by then he had been tirelessly offering his services to shipping for at least 24 years and was an old animal. He most likely died of natural causes.