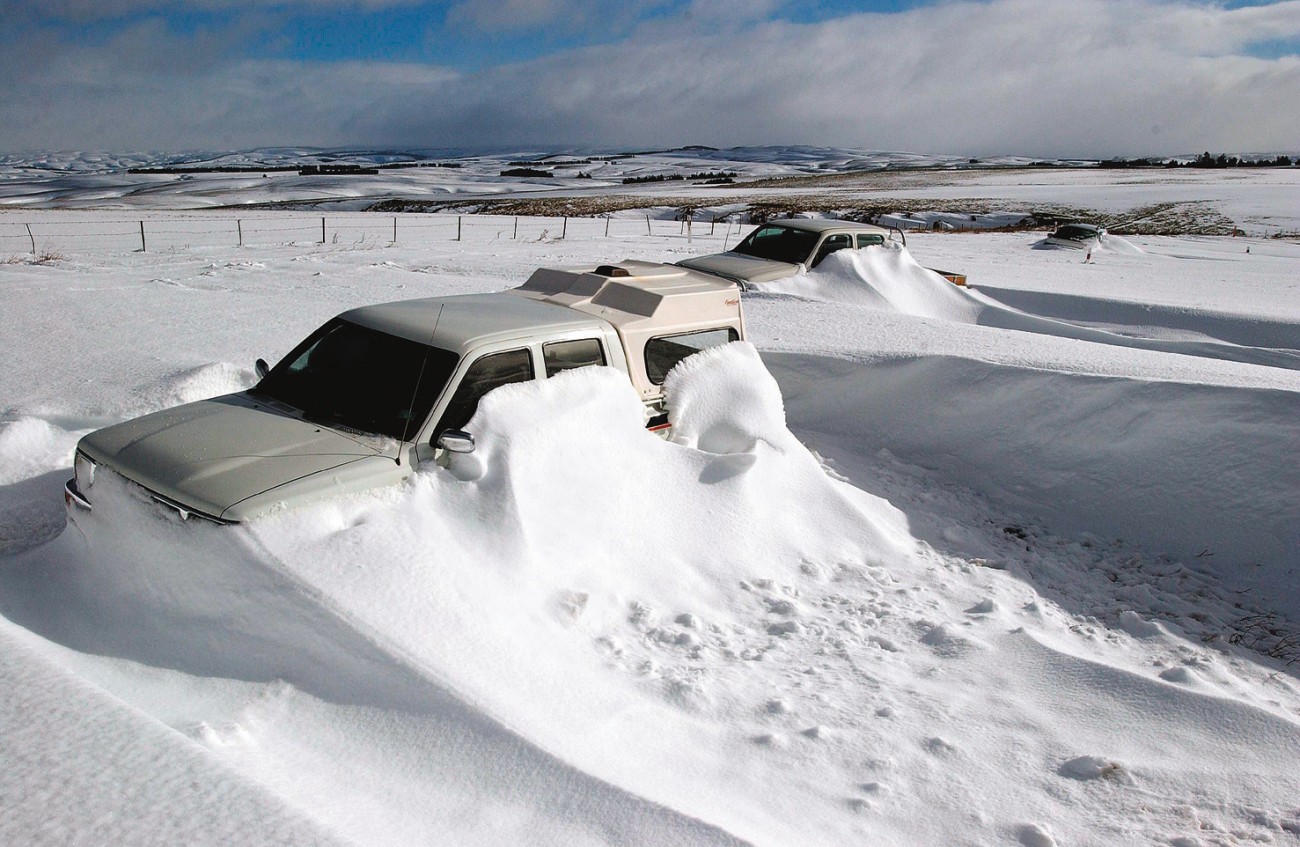 On Wednesday May 22, a broad band of thunderstorms swept across central New Zealand, leaving destruc­tion in its wake. Taranaki was worst hit, with hundreds of lightning strikes in 24 hours. A farmer and his wife watched from a cowshed as lightning struck the roof of their house at Tikorangi, near New Plymouth, setting it on fire. Fortunately, with help from builders working nearby, they were able to contain the blaze with extinguishers until the fire brigade came.

Strikes on phone and power lines caused havoc. Appliances such as televisions and computers were burned out by power surges dancing down the lines, while traffic lights, security systems and EFTPOS machines went haywire.

Several small tornadoes were also reported. One, in Inglewood, tore off part of the roof of a house, demolished an implement shed and toppled some trees. Another, near Bell Block, left a hayshed and power lines strewn across the road.

Then, on the following day, as the thunderstorms moved away to the east of New Zealand, winter rolled up from the south. Roads and schools were closed as a series of cold fronts battered Otago and Southland. At its worst the storm produced blizzard conditions in some inland areas, confining some rural residents to their houses and trapping sheep and cattle on high ground.

The strong winds caused snow to drift metres deep in sheltered places, and some motorists had to abandon their vehicles on State Highway 87 between Middlemarch and Outram, which was blocked for several days before graders and diggers could clear a path for traffic. Clarkes Junction was cut off from Sunday to Wednesday. A couple of guests were stuck in the pub for four days after popping in for a quiet drink on the Saturday night.

One farmer at Waitahuna, near Balclutha, said it was the worst snowfall for almost 40 years. Fortu­nately, as it was early in the season, stock were in good condition. Nevertheless, some remained trapped on high ground for more than three days, and farmers had to spend thousands of dollars on helicopters to fly hay in to feed the animals.

Dunedin escaped the worst of the storm as, paradoxically, the heaviest snow in inland areas on Tuesday May 28 coincided with a warming of several degrees down at sea level, where the snow turned to rain.

While the snow and ice were hazardous to motorists they were a boon to panel beaters, who got an avalanche of work repairing the dents from numerous minor accidents. Ironically, many of the accidents occurred when people ventured out to enjoy the spectacle of the wintry conditions.

Ski-field operators were also delighted with the early snow. The low temperatures enabled them to supplement nature’s efforts with artificial snow when the real stuff was not falling from the sky. Both Coronet Peak and Mt Hutt ski fields were able to open the following weekend.

Also happy were surfers in Wellington and Wairarapa, who enjoyed the waves that rolled up from the south, where the heavy swell caused minor damage to parts of the Otago coast and washed over some roads at high tide.

But while snow was the order of the day for Southland and Otago, many places further north had clear, although cold, conditions.

This was because the isobars over most of New Zealand had a touch of south­west to them, meaning the air reaching eastern areas from Canterbury to Gisborne, as well as Nelson, Welling­ton and Manawatu, had crossed hills or mountains ranges. The rain and snow had fallen on the upwind side of the mountains, so the air had dried out as it had descended to sea level.

Because the isobars maintained their southwest direction for the best part of a week, the fine weather continued like a dream in Wellington and other sheltered places. There were a couple of brief flicks around to the south with showers venturing north along the Canterbury coast to Wairarapa. One of these reached Wellington during the night and cleared before dawn, while the other just clipped the eastern hills of Wellington and ran up the Wairarapa coast. However, the west of the North Island, from Taranakito Northland, including Auckland, continued to getshowers through most of the week because of the way the land curves out into the Tasman Sea and so is not sheltered by any hills in a south-west flow.

Auckland was also battered by strong winds, with a number of trees blown down and a stack of contain­ers toppled on the Hundreds of trees were also blown down in the Kaweka Ranges.

To forecasters the weather map on Saturday May 25 bore a close resemblance to the situation in July 1939, snow fell pretty much the length and breadth of New Zealand (see New Zealand Geographic, Issue 47). The isobars pointed straight up and down the lines of longitude from Antarctica to New Zealand, and the air was coming directly at us from the ice. However, the snow was not nearly as bad as in 1939 for a couple of reasons. Sea surface temperatures are a degree or two warmer now than in 1939; also, the sea ice is not as extensive around Antarctica as it used to be. The combination of these two factors makes a repeat of the 1939 snow extremely unlikely.

Meteorologists refer to long-lived situations like this as “blocking.” On this occasion the blocking anticyclone was stationary south of Tasmania, with a ridge of high pressure extending down to Antarctica. There is often a period in winter when a blocking high is stationary over New Zealand. Then the weather is dry but cold with frosts and fogs.

The cold snap had extra bite because the first three quarters of May were warmer than average; Ashburton, for example, recorded its highest ever May temperature—26.9° C—on the fourth.

The turn of the seasons is often a gradual process, with small changes from day to day. This storm was a reminder that winter can start with a hiss and a roar—and that you can’t beat Welling­ton on a good day. 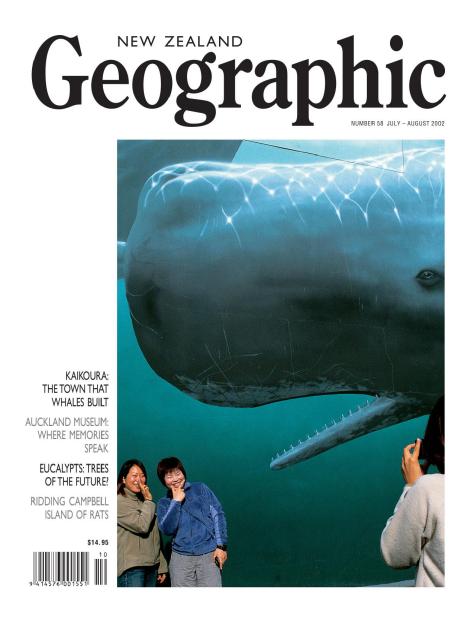