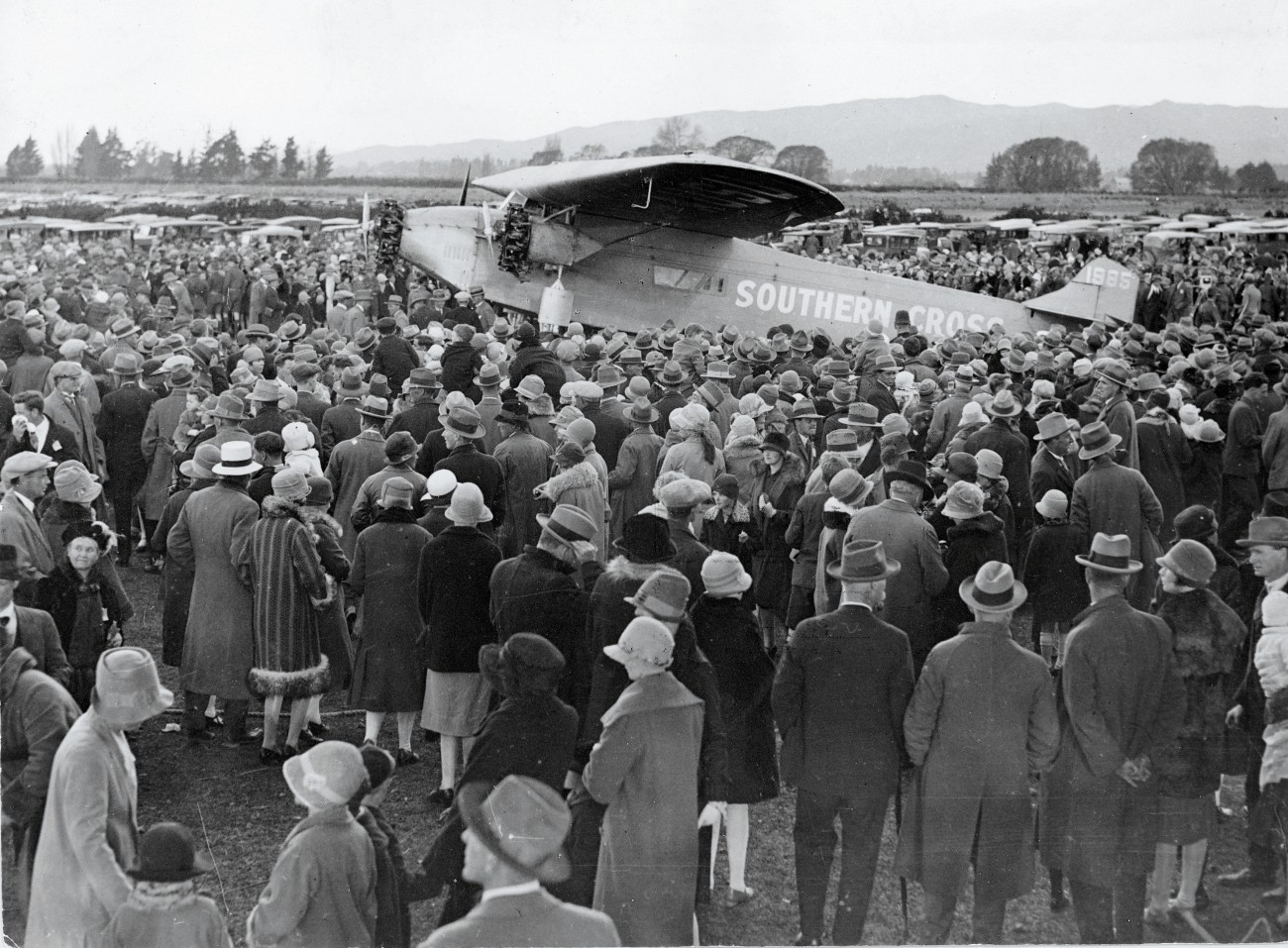 New Zealand has never seen a plane arrive from another country “except as cargo”, declared the Press newspaper on the morning of September 11, 1928. “If that is all changed to-day, the excitement will be something for which there is no New Zealand parallel.”

In the early hours, as those words were being written, Australian pilots Charles Kingsford Smith and Charles Ulm were still far to the west, battling severe thunderstorms over the Tasman Sea. Also on board Southern Cross, separated from the pilots by a bulkhead, were navigator Harold Litchfield and New Zealand radio operator Thomas McWilliams. The men were wet and chilled to the bone, ‘Smithy’ often flying blind as he nursed the iced-up Fokker F.VII monoplane through rain, hail and buffeting winds towards the New Zealand coast.

Months earlier, Kingsford Smith and Ulm had completed a pioneering trans-Pacific flight, island-hopping from Oakland, California, to Brisbane in the Fokker. They followed that with the first non-stop flight across Australia, then turned their gaze east. Before attempting the Tasman crossing, the pair registered them­selves as Australian National Airways, in the hope that success would win them a lucrative subsidised contract to carry scheduled mail.

No one was foolish enough to think it an easy undertaking. Southern Cross carried wreaths, to be dropped during the flight in memory of two New Zealanders—George Hood and John Moncrieff—who had disap­peared while attempting the same feat earlier in the year.

Having delayed their departure for a week due to unfavourable weather, Kingsford Smith took off from Sydney’s Richmond Aerodrome into a strong westerly at 5.34pm on September 10.

Smithy’s Fokker Trimotor—affectionately called the ‘Old Bus’—had a cruising speed of 142 kilometres per hour. Not long into the flight, he encountered the first of the storms, climbing to 2100 metres in a vain attempt to get above it. A lightning strike on the 600-metre aerial that Southern Cross trailed damaged the long-wave radio transmitter. The short-wave set was already out of action.

McWilliams sent word of the latest equip­ment failure to the pilots—the deafening noise from the Fokker’s three engines reduced the crew to communicating by pushing written notes for’ard and aft on the end of a stick.

“The aerial went straight up through the cabin of the ’plane and I was crawling about on my hands and knees with a torch in one hand and attempting to fix it up with the other,” recounted McWilliams.

“I had to attempt to dry the parts with a pocket handkerchief as they were useless wet, and this was all done in darkness except for the aid of a solitary torch.”

Litchfield was less challenged naviga­tionally, and some time after sunrise, they saw what appeared to be two snow-capped mountains piercing the cloud. Twenty minutes later, they glided down to find “a very pretty harbour” and, getting their bearings, headed north, flying low over Wellington before turning for Christchurch.

Southern Cross touched down at Wigram Aerodrome at 9.22am local time, having covered 2670 kilometres in 14 hours 25 minutes. Some 30,000 people made for Wigram to welcome the aviators and catch sight of the machine that had brought the world closer to their door.