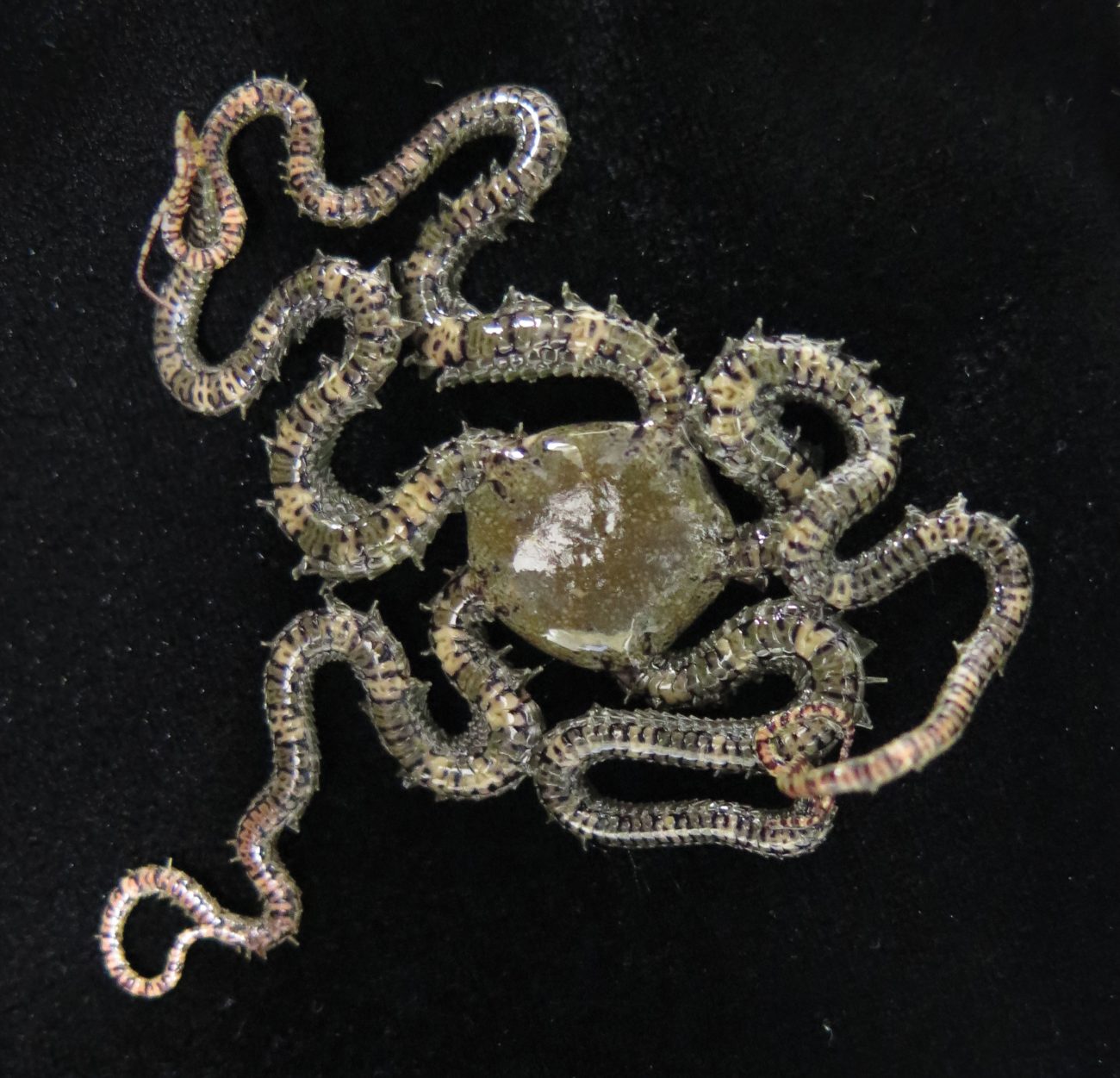 This brittle star lives under rocks low in the intertidal zone, or just under the subtidal zone. It will move away fast if disturbed, using its arms rather than its tube feet, even shedding an arm if it thinks that will get it out of danger. (The arm grows back.)

Lights in the dark

Another defence mechanism is the star’s bioluminescence—blue flashes of light can be seen on its arms if it is in complete darkness. Among other brittle stars, green bioluminescence is more common.

Nets made of slime

To feed, the brittle star spreads a net of mucus between the spines on its arms and waves them about. When food such as plankton, or other detritus, is trapped in this slimy net, the brittle star’s tube feet pass the package up to the ‘mouth’ to be ground up by teeth-like blocks.