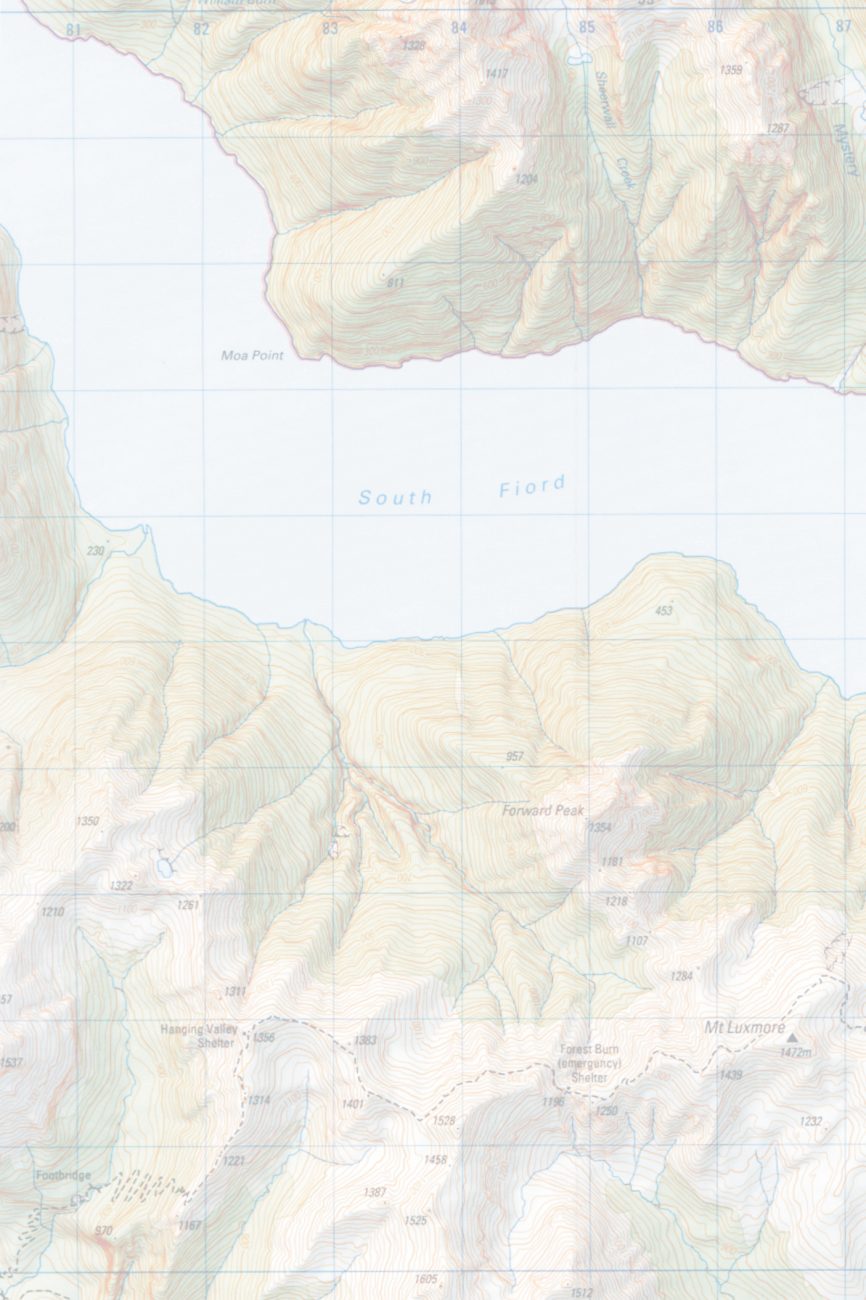 With the recent printing of six topographic sheets of the Fiordland region, maps covering the whole of New Zealand at 1:50,000 scale have now been published, and the last remaining inch-to-a-mile sheets have been withdrawn from sale.

The Topographic Map 260 series was initiated in the mid-1970s as a metric replacement for the one-inch-to-one-mile (NZMS 1) series of maps that first came into production in 1939. T h e new series was designed on a specially developed, minimum-distortion projection known as the Map Grid projection.

The first sheet, covering Thames, was published in 1976, and at the time it was expected that the whole series of around 310 maps would take 25 years to complete.

That the process has been completed ahead of schedule is due largely to technical advances in cartography.

In 1976, map production involved the then-modern process of scribing (forming lines by using a sapphire-tipped tool to remove an appropriately wide swathe of a coloured layer from plastic film), application of photomechanically produced lettering on waxed stripping film, cut-and-etch masking for area colours and patterns and film-based reproduction techniques.

During the late 1980s a decision was made to begin capturing mapping data in a digital form directly from the photogrammetric instruments that plot surface contours from aerial photographs. The existing collection of 1:50,000 cartographic drawings was to be scanned and vectorised and added to this digital topographic database. Eventually, digital data would be collected for the whole country at a scale of 1:50,000.

To take advantage of this new data form, the map-drawing process itself was changed to a computer-assisted design (CAD) system. Improvements in the capabilities of personal computers during the 1990s were critical in allowing the manipulation of the huge files involved in producing digital maps.

Traditionally, relief shadings were produced by highly skilled artists; now they are generated on a computer, using digital contour information to produce the shading. The result, while looking slightly softer than the original method, has the advantage of consistency, without the inevitable individual artistic interpretation of landforms. Another advantage of digital production is that map sheets can be made to match their neighbouring sheets much more closely than was previously achievable. And the process is much faster. When maps were drawn by hand, some 30 sheets a year were produced, but with computerisation that output has been doubled.

The new Fiordland sheets are among the first to be produced by the fully digitised process. Data for the older sheets in the Topo Map 260 series will all have been digitised by July of this year. Though only one edition of most of the maps has yet been produced, a small number of popular sheets have gone through as many as four editions already. Currently 298 sheets cover the country, but with careful amalgamation there may eventually be only 275. The goal is to complete the digitisation of the data for the whole country and have a map series in which every map is updated every three to five years.